One of the reasons I became a paranormal investigator was because of the numerous and varied ‘unexplained’ experiences I have had throughout my life. I have many stories, but I am going to share one that ‘scared’ me the most, when it happened.

Back in April 2011 my team was invited to investigate a Residential School with another paranormal team. It was while we were setting up our equipment that my experience happened. (We had a lot of personal experiences that night, but this by far was the scariest, a word I rarely use when it comes to the paranormal or unknown.)

I am not sure how familiar everyone is with Residential Schools, I suggest Wikipedia, that should give a basic idea of what a Residential School is if you do not know. I learnt too much about them that weekend. . .it was definitely a life-changing experience (the school, not the paranormal events).

So there I am, up on the fourth floor of this school, in the area where the boys lived. A person does not need to be extra sensitive to feel the overwhelming emotions in this area. It was really quite terrible. Add to the fact that I AM extra sensitive, and it was almost unbearable at times.

I was to guide the DVR camera cables (security cameras) out the window of a “bedroom”, where they could then go through another window into another part of the school where we had our “base”. It was the shortest distance to run the cables from the “boys area” to base. 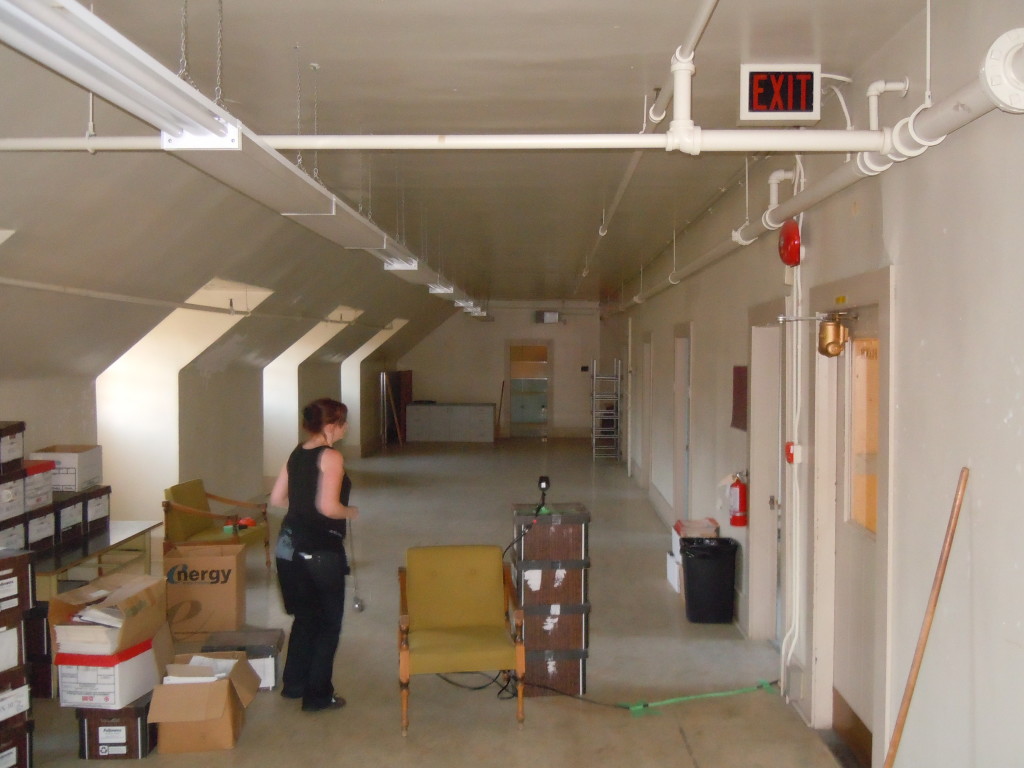 Outside the window, down on the ground, I could see the rest of my team and the members of the other team. Some were taking photos, and the others were working the cables. It was still daylight, the sun was shinning…. it was beautiful.

As I stood there feeding cable out the window, fighting the depressing, oppressive feelings in the room I was in, I heard a window slam shut out in the main room. I then heard footsteps on the floor coming from where the window was slammed shut, walking towards the door of the room I was in.

I shouted out “who’s there!”, knowing that everyone in the building was outside, right where I had been looking. I could hear a male voice, talking as he was walking closer and closer to the door in front of me. I was starting to panic. 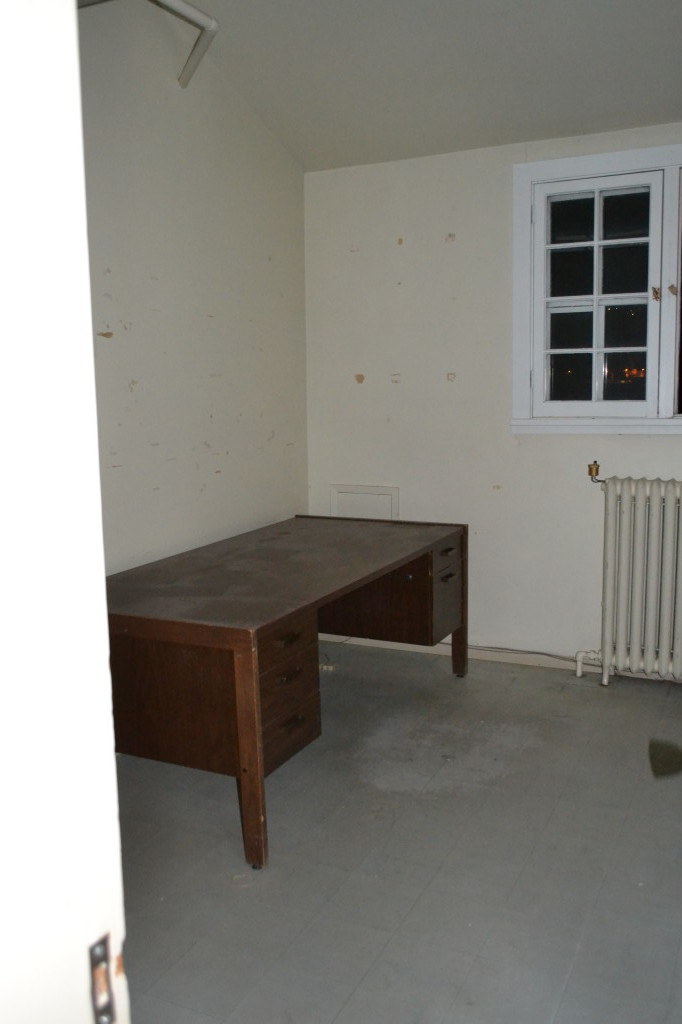 I know it was probably because I was picking up on the energy of the room, but sometimes rational thought takes a step back. Closer and closer… the male voice and the footsteps, they draw up to the door of the room I am in, and then the door slowly swings closed on me. I screamed. I screamed LOUD! For a heartbeat, I thought I would have to jump out of that fourth story window. That this man (I know who he was), was going to hurt me, maybe even kill me… like he did the boys that used to live there.

I have never seen people run so fast, my team’s founder and someone from the other team bolted up four flights of stairs to see what was happening to me. I am sure my blood curling scream sounding like I was being skinned alive. By the time they got to me, everything was OK. It took a couple hours for me to calm down after that. 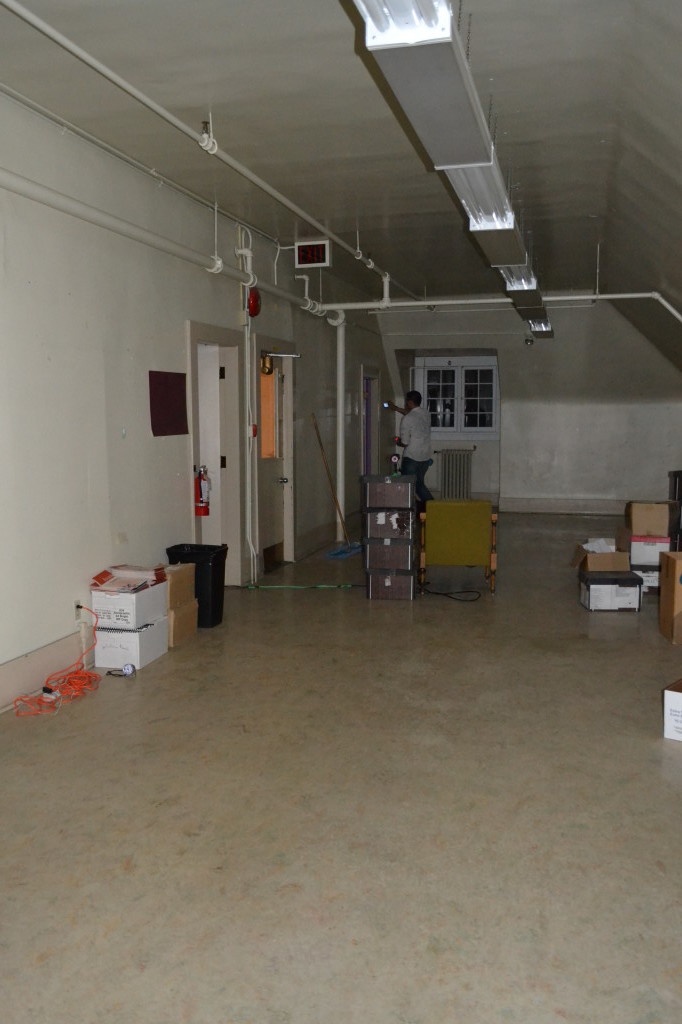 Now, I can explain a couple things. I had opened the window of that bedroom area to feed the cables out. It was breezy out… it makes sense that the window out in the main room would slam shut with all the air moving around.

It also makes sense that because of the open window in the room I was in, the window shutting out in the main room…. that the door to the room I was in would close…due to the air movement. I am no scientist… I can’t lay out the specific explanation, but obviously when air is moving, things are gonna move.

Now, if I had been in any other situation, hearing a voice and footsteps would not have caused me to even bat an eye. But the “coincidence” of the sequence of events, just made it all seem… creepy?

When I was under the influence of all the weird feelings in the place… the way it happened… window slam, footsteps, voice.. up to the door I was in… door closes on me.

Story and images submitted by Nikki Peterson, Co-Founder and a Case Manager of Northern Paranormal Investigations.

Do you have a creepy paranormal story to tell? Send it to us by email at tips[at]vancitybuzz.com