Last week wrapped the last session of Vancouver KB’s kettlebell fused with yoga (or as we’ve dubbed it: FuseVancity) beginner to kettlebell class at Creekside Community Centre. Vancouver Kettlebell has teamed up with Yoga on the Flow to bring a fitness class for those looking for the full benefits of a high-intensity workout paired with an incredible full body stretch. The best of both worlds, the first part of the class will get your heart rate up, allow you to build strength and burn fat – and then cool down by stretching out those muscles most of us never take the time to do. By mixing the two fitness activities, you’ll see results quicker and have less potential for injury moving forward.

For the past eight weeks a group of (unsuspecting) participants got their butts whipped and continued to return week after week!

In week one, the group hardly knew what a kettlebell was, let alone how to hold it or swing it safely and effectively. As the weeks progressed they magically (I use this word lightly, it’s not that hard – anyone can learn but don’t tell them that) started to become more confident, trusting themselves and cracking out two-handed kettlebell swings like they’ve been doing them forever!

Moving from the basic move, the group began to learn other kettlebell moves such as the one-handed alternating swing, over-head kettlebell press, figure-eight, kettlebell push press, around the body and the farmer’s lunges. Not only that, but we added in other body weight moves such as boot strappers, wall-sits, planks, body-weight squats, push-ups and the most hated, but best of them all, burpees! Oh, and how could I forget the beloved ropes – ask how much everyone enjoyed how their arms felt the day after the ropes… 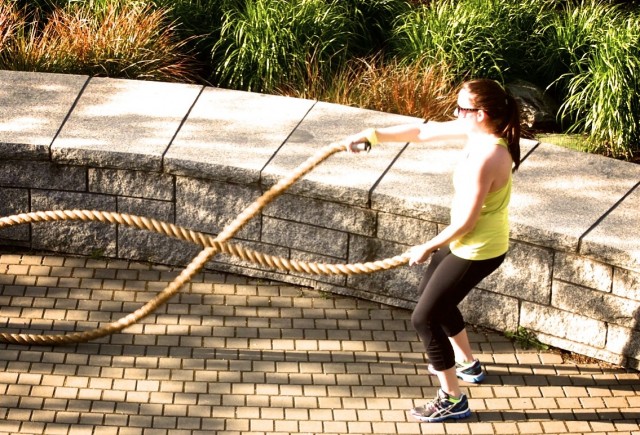 The workouts are tailored to each individual’s level of fitness so no one felt left out or like they weren’t working hard enough. The beauty of training with kettlebells is that you take your workout to the intensity you want. As you get used to the moves, start perfecting form and building strength you can easily up the weight and still feel challenged.

As the group got better and started swinging heavier weights (hello lean muscles), the workouts became more intense and shorter – working hard in short, intense, intervals followed by a period of rest (hello fat burn). By the last three classes the group had perfected so many moves (many which they hadn’t seen before) it was hard to choose what moves to throw at them!

It was my first group since becoming officially kettlebell certified as an Agatsu Kettlebell Instructor; seeing how far the participants came in a mere eight weeks makes me proud and excited to see how far they’ll progress in the advanced session starting next week.

There are still spaces for both the beginner (limited) and intermediate/advanced classes (for those who have either been through the beginner class or who have trained with a certified instructor before) – but sign up quickly as space is limited.

Looking for a new challenge, a way to kick start your summer fitness regimen or lose a few extra pounds before summer – give FuseVancity’s classes a try and impress yourself at how far you can improve your fitness in eight short weeks!

Did we mention how beautiful the view was? 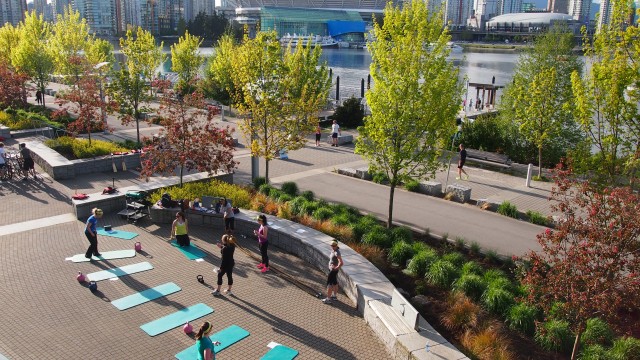