In a move to make all right in the B.C. sports world, the BC Lions announced today that Geroy Simon has accepted a position with the club and is coming home.

Simon spent 2014 in the Saskatchewan Roughriders’ front office and has accepted a position in the front office with the Lions. His new position will include both football and business operations support roles. 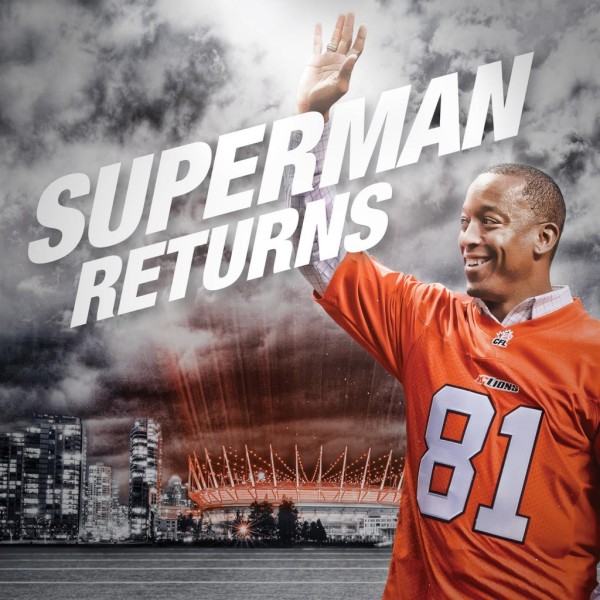 Simon, 39, played 12 seasons with the Lions, leading the club to two Grey Cup championships, before being traded to the Roughriders in 2013 where he won another championship in his first and final season.

After 13 seasons in the CFL, the six-time All Star announced his retirement, leaving the league as the all-time leading receiver with 1,029 catches for 16,352 yards and 103 touchdowns.

Dennis Skulsky, Lions president and CEO, said in a statement:

“Geroy’s place is with the Lions and it’s an honour to have him return to our organization. I know he will undoubtedly be a valued contributor to our football operations department as a player personnel evaluator, scout and player mentor, as well as a tremendous asset on the business side and in alumni relations.”

“It’s great to be home,” said Simon. “While my career took me away from BC and the Lions for a couple years, my heart never left and I couldn’t be happier to be back with the club. I’m going to do everything I can to help Wally and Jeff build a winner on the field while also working with Dennis and the business side of the organization to continue to grow the Lions brand.”