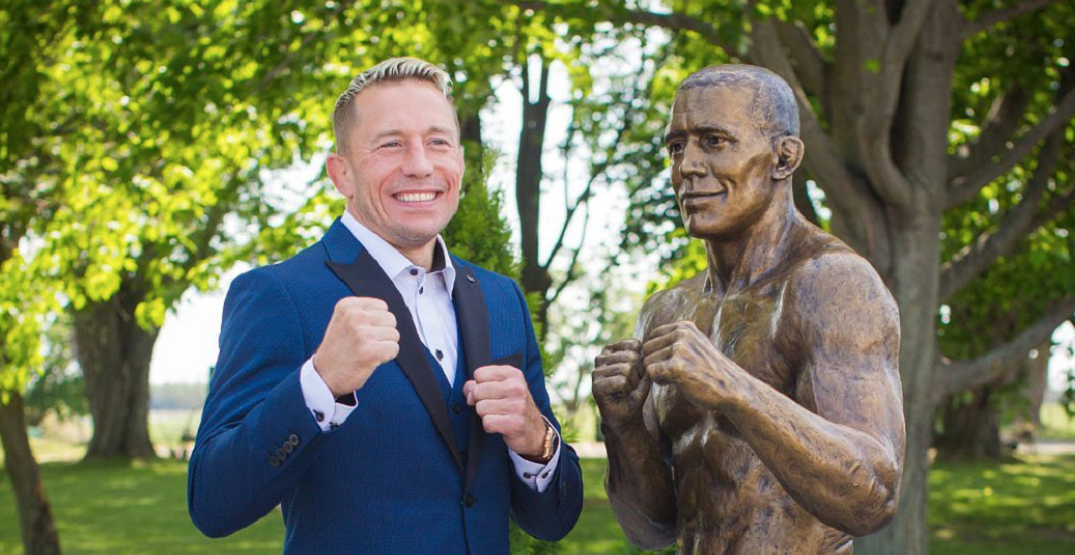 Legendary Canadian mixed martial artist Georges “GSP” St-Pierre was known for being one of the most rock-solid presences to ever step foot in the octagon.

It appears he’ll have that legacy permanently now, as a new statue by Montreal-born sculptor Tali Levesque was unveiled this week in his hometown of Saint-Isodore, Quebec.

“You want to leave your mark,” St-Pierre said at Wednesday’s unveiling in a video shared with the Montreal Gazette. “This is perhaps the best way for me to do it in a materialistic way.”

The new public square of “Place GSP” contains the statue and a detailed biography of the fighter’s life. It is located south of the Saint-Lawrence River, about a 30 km drive from Montreal’s city centre.

“It’s an incredible honour for me to be here today for this event,” St-Pierre said at the statue’s unveiling. “It’s a little bit like Rocky: everyone will be able to come and take a picture with me like Rocky in their fight stance.”

“I started martial arts first for self-defence, then it became a passion,” the 40-year old said, reflecting on his career. “A passion became a business.”

GSP joined the UFC in 2004 and had a career MMA record of 26-2, with both of his losses to Matt Hughes and Matt Serra later being won by St-Pierre in the rematch. St-Pierre initially retired in 2013 but won the UFC middleweight championship in a comeback fight at UFC 217 in 2017 against Michael Bisping.

GSP also previously held a welterweight championship and was able to defend it against nine consecutive challenges.

It was announced in 2020 St-Pierre will be inducted into the UFC Hall of Fame, though that ceremony has been delayed due to the COVID-19 pandemic.