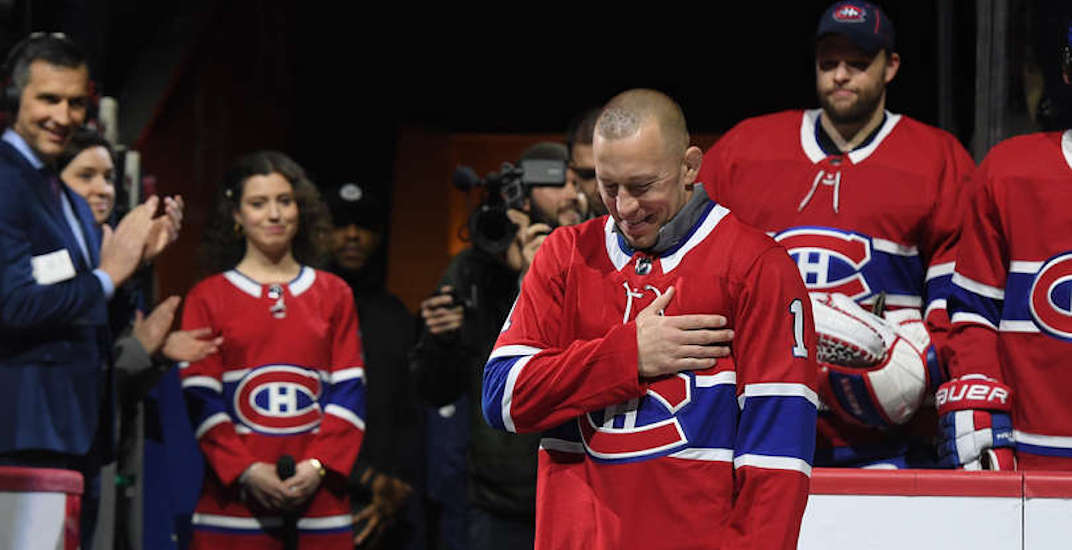 On the same day that he officially announced his retirement from UFC, Georges St-Pierre was greeted with a hero’s welcome in Montreal.

The MMA legend was introduced at the Bell Centre before the Montreal Canadiens’ 5-1 win over the Philadelphia Flyers on Thursday. Habs fans stood and cheered loudly for their hometown hero, who clearly felt the love as the arena was filled with chants of “GSP.”

St-Pierre announced his retirement earlier in the day, saying he was proud to leave MMA on his own accord.

The 37-year-old Canadian is of the best fighters of all-time, retiring with a 26-2-0 record. A three-time welterweight champion, GSP holds the third-longest individual UFC title reign of 2,064 days.

“I retire from competition with great pride at having had an impact on my sport,” he added.

St-Pierre is no stranger to the Bell Centre, winning four UFC bouts at the home of the Canadiens in his career.

He also delivered this rousing pre-game pep talk for the team last season: