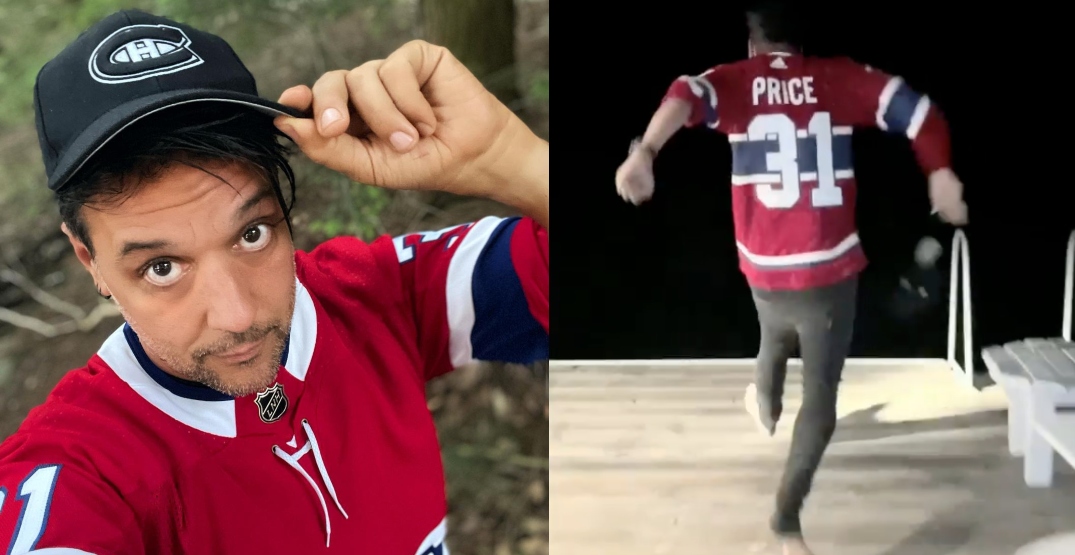 The Montreal Canadiens are going to the Stanley Cup Final, and George Stroumboulopoulos is jumping for joy.

He’s jumping in lakes, too, apparently.

The Canadian media personality is an unapologetic Habs fan and proved his fandom following the Canadiens booking their trip to the Stanley Cup Final.

Wearing a Carey Price jersey, Stroumboulopoulos freaked out just a little bit after Artturi Lehkonen’s overtime winner, which clinched the series for the Canadiens against the heavily-favoured Vegas Golden Knights. After jumping up and down, then running around the living room, Stroumboulopoulos ran outside and jumped into a lake fully clothed.

The former Hockey Night in Canada host has been posting photos and videos regularly during Montreal’s run to the final, capturing his reaction to big moments.

Here’s how he reacted during the series against the Toronto Maple Leafs:

Wonder what he’ll do if they win the Stanley Cup?