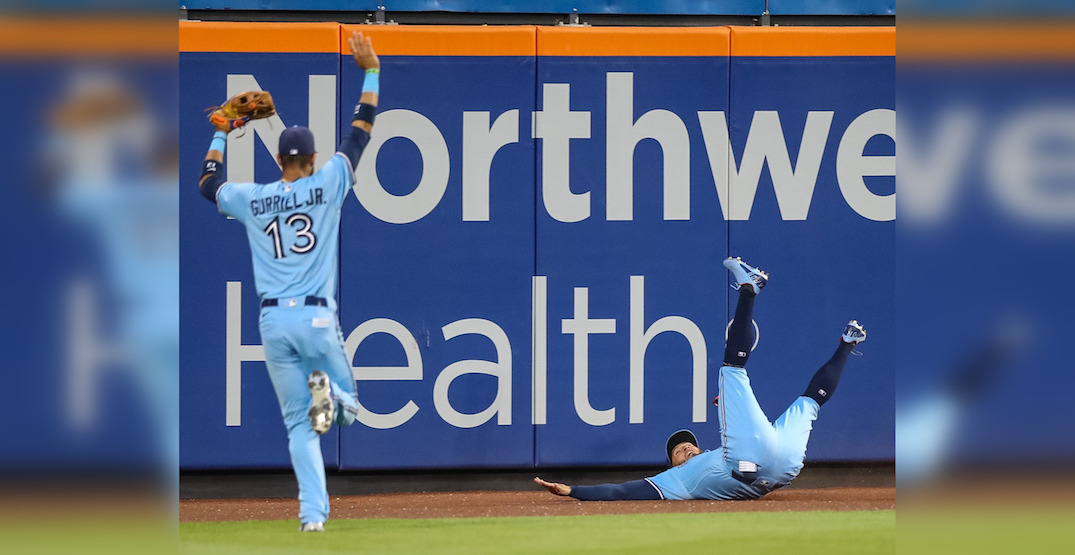 It took only one game for the Toronto Blue Jays’ new $150 million man to make an impact at the top of the order. George Springer was clutch on offence and defence as he came out swinging with a third inning solo home run, and an eye-popping catch in centre field.

Springer also made a difference on the other side of the ball against the New York Mets.

After the Blue Jays were a little stagnant offensively over the last three games, Blue Jays manager Charlie Montoyo shook up the lineup by moving Springer into the leadoff spot and shuffling Marcus Semien down to the three slot.

But more impressive was the three-time All-Star’s defensive play on a slicing ball into the left-centre gap in the third inning. Springer laid out in a Kevin Pillar-esque fashion to haul in this liner from Brandon Nimmo.

Springer is known more so for his bat than his glove, but he went all out for this dive on the warning track. Certainly an encouraging sign for anyone who suspected he might not be 100% in the field quite yet.

“I think that’s probably my favourite one I’ve ever made,” Springer told Sportsnet’s Hazel Mae during a post-game interview. “It just felt good to run after a ball and make a play right there. I don’t ever really know how to describe it, I’m just happy I could make the play.”

🚨 CATCH OF THE YEAR 🚨 pic.twitter.com/6QBCqTnlWC

Not only did the former World Series MVP contribute with a pair of hits against the Mets, he saved a would-be double at a critical point in the game. That’s precisely the type of play the Blue Jays paid $150 million for Springer to make.