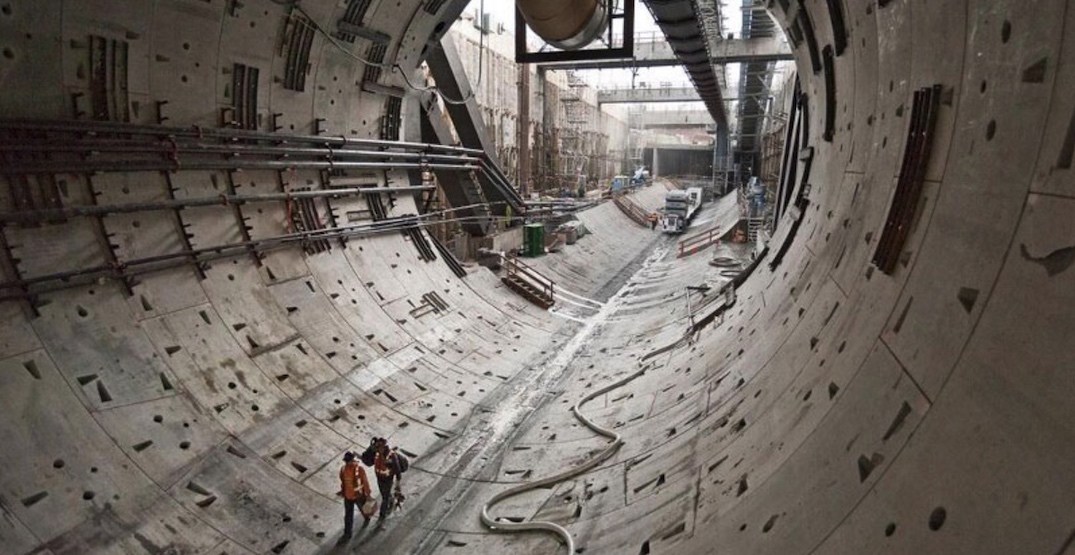 A new direction could be established over the future of the George Massey Tunnel replacement project come tomorrow, when a Metro Vancouver Regional District task force of regional mayors provides the provincial government with their preferred project option.

This comes after the BC NDP made the decision to cancel the $3.5-billion, 10-lane bridge project between Richmond and Delta, instead seeking to consult regional mayors.

An independent technical review of the original bridge project last year deemed a 10-lane crossing to be too large, but since then the mayors have requested for a marginally smaller eight-lane crossing with public transit capabilities.

Returning to the drawing board, the provincial government presented 18 bridge and/or tunnel combination options in June to the mayors, which have since been whittled down to six options for serious consideration according to a regional district report:

Potential use of existing tunnel

The report states the existing 1959-built, four-lane tunnel has about 50 years of serviceable life remaining, with regular maintenance and rehabilitation, but it does not meet current seismic standards.

To retain the tunnel for the multi-use path and transit options, the existing tunnel — sitting on the bed of the Fraser River — requires ground densification to increase its seismic resistance to withstand to a one-in-475-year earthquake. Such upgrades, deemed to carry a “substantial” cost, would also necessitate additional flood protection around the entrances.

However, TransLink does not support the use of the existing tunnel for transit purposes.

A deep-bored tunnel, using a tunnel boring machine (TBM), is deemed to be “technically challenging” and “high risk.” The machine would have to bore a total distance of seven kms to install two tunnels about 3.5 kms in length each, with the tunnel at about 79 metres at the deepest point.

The outside diameter of the TBM would be about 18.5 metres, making the machine one of the world’s largest in the world.

In contrast, the TBM named Big Bertha, used for the Alaskan Way Viaduct replacement tunnel project in downtown Seattle, was 17.5 metres in diameter, and it made a single pass for one tunnel. For an example of the possible issues that could arise, Big Bertha in 2013 stalled just 330 metres into its 2.8-km-long route; problems with the TBM required crews to dig a pit to recover the machine and perform repairs, causing two years of construction delays.

About three million cubic metres of salt-contaminated soil would have to be removed during the Massey Tunnel boring, and there is a risk of sink hole formation throughout the construction process.

To accomplish the tunnel boring work, large machine launching pits as deep as a 10-storey building and as wide and long as a football field would have to be excavated. It is unclear whether the size of these pits are feasible in the area’s soil conditions.

A deep bored tunnel option is estimated to be about three times more expensive than the immersed-tube tunnel and bridge options, which both have similar costs.

The immersed-tube tunnel option is essentially a modernized version of the construction method used to build the existing tunnel.

There would be a one-km tunnel, plus a large staging area and the removal of 1.5 million cubic metres of salt-contaminated soil.

It is anticipated construction can only occur during a six-month window each year, requiring two or more construction seasons.

Deas Island Regional Park on the Delta side would be temporarily separated for required excavation.

The bridge options would stretch a length of three kms of bridge and approaches, with the bridge foundations located on land and at least 80 metres in depth.

It would carry the least complex environmental assessment, as much of this work was carried out by the previous 10-lane bridge project.

The provincial government cancelled the original project in 2017, the same year construction was set to begin for a 2021/22 completion and opening.

Currently, the existing Massey Tunnel sees an average traffic volume of about 80,000 vehicles per day.