Gentrification of the DTES has been going on for awhile, however lately it’s picking up steam as this map so delicately points out. The Woodward’s development was just the beginning and now with projects like the 17 storey mid rise planned for Main & Keefer, more projects like The Flats reclaiming withered infill sites and just to the east is the impressive industrial/residential mixed building at 955 E. Hastings, the DTES is ripe for urban renewal.

That being said, I don’t want this to become a neighbourhood of corporate chains. A few sprinkled here and there is inevitable.

The kind of change that has taken place in Gastown & Chinatown thus far has been impressive and retained the neighbourhoods character. Gastown right now has a great mix of residents and business. As for Chinatown, new buildings and residents will bring new life for new and existing business. Maybe one day Chinatown can look like it did in its glory days. 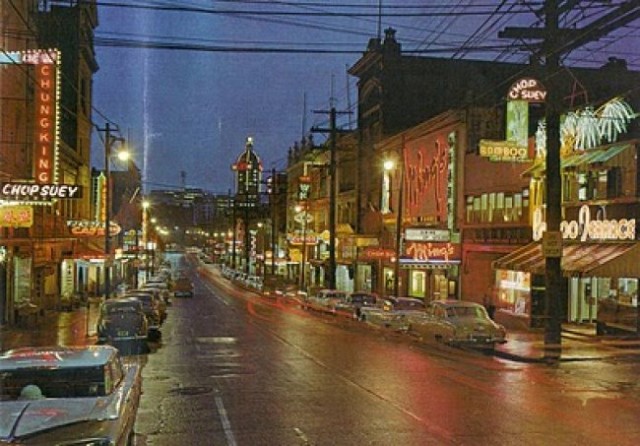 And then there is Railtown, which is fast becoming a hub for great entrepreneurs and home to offices of some of the city’s best up-and-coming talent.

10 years from now, it will no longer be a ghetto run by poverty pimps. It’s time the rest of the city and region address the mental illness and addiction problems that are concentrated there.