An early Christmas gift will grace Canadian skies next week as meteor showers will brighten the atmosphere on December 13 through 14.

The showers, which is usually the brightest of the year according to Space.com, will present around 20-30 per hour because of the moonlight. That is less than the usual 120 meteors per hour at peak without the moonlight.

Considered to be one of the brightest and best meteor showers of the year, the Geminids are individual meteors that come “fast and furious.”

Under light-polluted skies however, fewer meteors will be visible. So plan ahead and get to an open, clear, vantage point. The most meteors will appear in the hours after midnight.

“It won’t be a total washout, because the Geminids have a lot of fireballs in them,” said NASA meteor expert Bill Cooke. And the best time to watch for the Geminids is about 2 am in your local time zone.

Canadians won’t need any special equipment or any skill to view the meteor shower, just a set of eyes, a comfy blanket, and patience.

The Geminid meteor shower is nearly 200 years old, according to known records — the first recorded observation was in 1833 from a riverboat on the Mississippi River — and is still going strong. Actually, it’s growing stronger. Jupiter’s gravity has tugged the stream of particles from the shower’s source, the asteroid 3200 Phaethon, closer to Earth over the centuries.

Thanks, Jupiter. You’re all right. 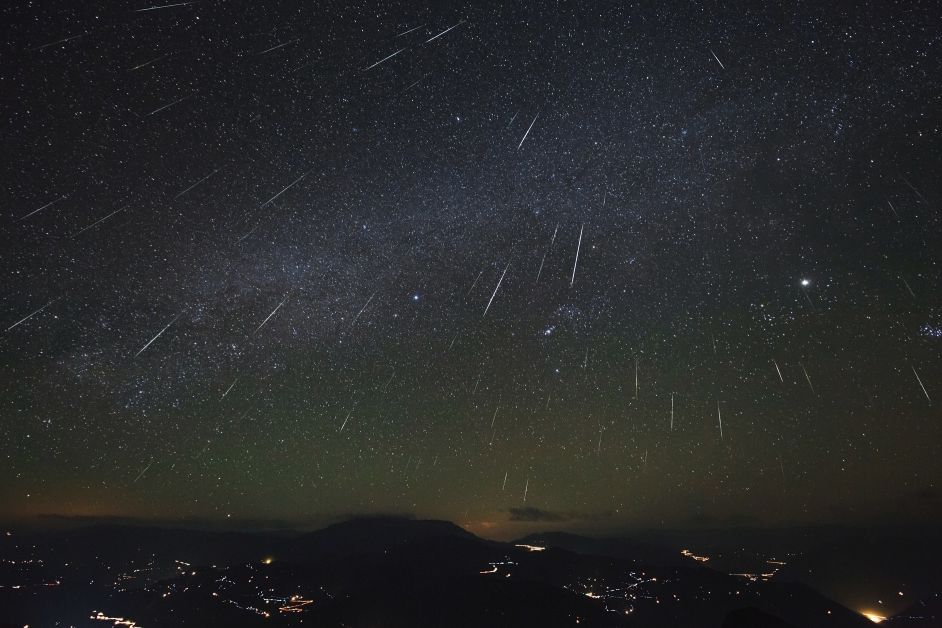 The meteors tend to peak about 2 am local time wherever you’re observing from, but can be seen as early as 9-10 pm, according to Space.

Experts urge Canadians to find a seclude spot (away from city lights) and to give 15 to 20 minutes for your eyes to adjust to the darkness. Dress for the weather and make sure you’re comfortable (especially if you plan to stay out long).

Once you’ve found a good viewing spot, lie down on the ground and look up in the direction of the radiant.

Be safe out there, bundle up, and enjoy the show.