With the heat of the summer comes one of the biggest, most well-known and most community-inclusive celebrations Vancouver has to offer.

The Gay Pride Parade Vancouver 2015 kicks off with all the rainbows, glitter, bubbles and flamboyant party atmosphere that you can expect from this massive celebration. Embrace community diversity, creativity and unity once again as the Pride Parade celebrates its existence for 37 years.

The event is now considered the crown jewel of Pride Week and one of the biggest, most renowned pride events on the international stage. Over 650,000 spectators are expected to attend this year’s event.

When: Sunday, August 2 from noon to 3 p.m.
Where: Parade begins at noon at the intersection of Robson and Thurlow. It runs along Robson Street, Denman Street and Beach Avenue in downtown Vancouver’s West End neighbourhood.
Cost: FREE!

Before, during and following the parade you can stroll along Sunset Beach for the Vancouver Pride Festival to enjoy food carts, giveaways, live entertainment, a beer garden and a beautiful waterfront view amongst yourself, friends and the over 150,000 who take in the festival. 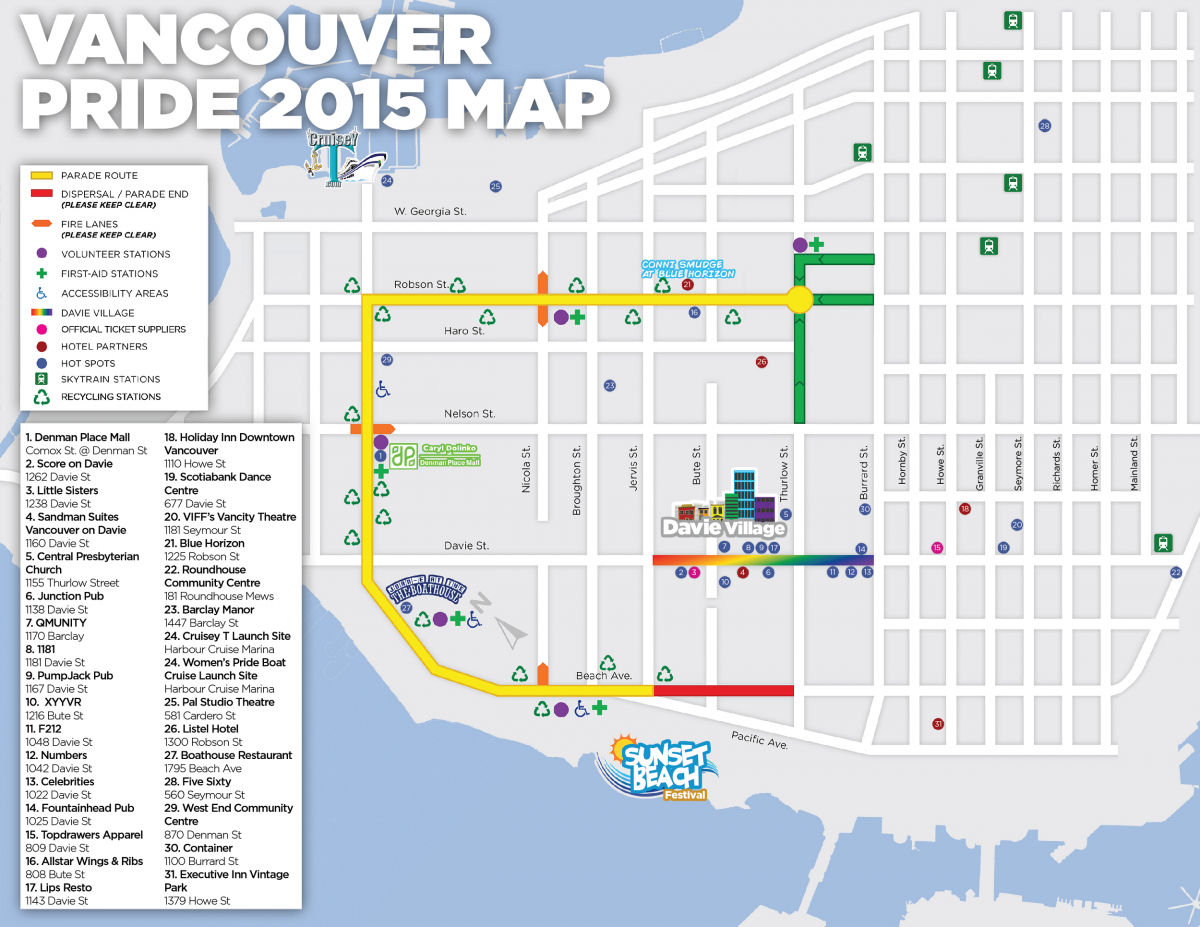