They are perhaps the two most non-goalie defining moments of Mike Gillis’ tenure with the Vancouver Canucks.

The 2010 draft was the beginning of the most important offseason in Canucks history.

The Canucks had just finished their second season under new GM Mike Gillis and were coming off a second straight second round defeat at the hands of the eventual Stanley Cup Champion Chicago Blackhawks. They had just won their second consecutive division title in a division that had no yet become the laughing stock of the NHL (that title belonged to the Southeast Division back then). Henrik Sedin had just won the first Hart Trophy in franchise history and his brother Daniel could have been a finalist too had he not missed 19 games due to injury. Ryan Kesler set a career high in points, with 75. Alex Burrows set a career high in goals, with 35. Roberto Luongo proved he could win the big game, helping Canada win gold at the 2010 Olympics.

The Canucks were a team on the rise, with most of their top players in the prime of their careers. Meanwhile, the other Western Conference powers all seemed to take a step back.

The window was officially open.

Their playoff nemesis, the Blackhawks, were in salary cap hell, having to part with key players: Andrew Ladd, Dustin Byfuglien, Kris Versteeg, Troy Brouwer, Brian Campbell and Antti Niemi. Perennial powerhouse Detroit was aging and proving that they were not a super power anymore. San Jose looked good, but hey, they never win in the playoffs, right? 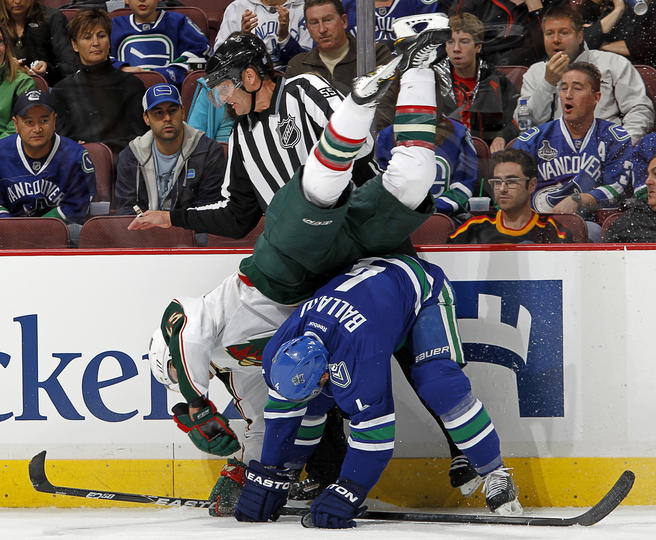 What Mike Gillis needed to do was bolster his defence. The Canucks’ blueline was good, but injury-prone. Willie Mitchell missed the final 34 games of the regular season and all of the playoffs with what was feared as a career threatening concussion. He would not be re-signed. Kevin Bieksa missed 27 games. And Sami Salo was, well, Sami Salo.

The Canucks needed depth and they needed an impact d-man. Unfortunately Mike Gillis chose Keith Ballard. In an offseason where Gillis made so many great free agent signings (Hamhuis, Malhotra, Torres), the decision to trade for Keith Ballard at the 2010 draft may have cost them a Stanley Cup.

Gillis traded Michael Grabner, Steve Bernier and a 1st round draft pick to Florida for Ballard and Victor Oreskovich. It was the right trade, for the wrong player.

Grabner was young and had shown some flashes, but would need to clear waivers in order to be sent to the AHL. He was not likely an everyday player on a Stanley Cup contender. If there was ever a time to mortgage a part of the future for the present, it was in the summer of 2010.

Ballard was a high-risk, high-reward player. That meant that he would never get much of a chance with head coach Alain Vigneault. On the Canucks, Ballard was a 5th or 6th defenceman and Vigneault wanted a player in that role to be low risk.

What the Canucks needed was a good, dependable stay-at-home defenceman. Say, like Willie Mitchell.

When the Canucks’ depth was ultimately tested in the Stanley Cup Final, Ballard was used just once. He was unable to replace Dan Hamhuis, or even Aaron Rome, for that matter. Ballard was paired with Kevin Bieksa in game 4 in Boston, and failed miserably. Some of that falls on Vigneault, who wasn’t able to work him into the lineup all year, and some of that falls on Gillis for acquiring the wrong player. 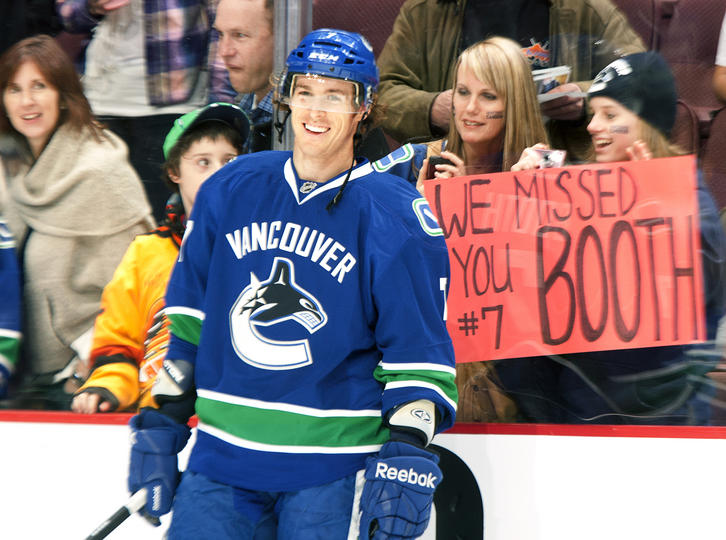 Coming off a crushing game 7 loss in the Stanley Cup Final, the Canucks were still an elite team in 2011-12. Christian Ehrhoff and Raffi Torres were gone, but the rest of the team was retained.

Popular belief was that the Canucks needed a goal scoring winger and more size/toughness. On October 22, 2011 Mike Gillis pulled the trigger on a deal that was supposed to help with all of those things. The Canucks sent Mikael Samuelsson and Marco Sturm to the Florida Panthers in exchange for David Booth, Steve Reinprecht and a 3rd round pick in 2013 (Cole Cassels).

Booth was supposed to be the power forward the Canucks needed. Coming off a 23-goal season and just three years removed from a 31-goal season, Booth was expected to form a strong duo with second line centre Ryan Kesler.

Just like with Keith Ballard, it was the right type of move, at the right time, for the wrong player. Booth was big and strong, but he never meshed well with Ryan Kesler. Kesler had a shoot-first mentality and needed a playmaker to play with. Booth, who regularly scored more goals than assists in his career, was a straight-forward shooter.

The Canucks lost to the LA Kings in the first round that season, primarily because they couldn’t score goals. The David Booth trade wasn’t the only reason, but it was a contributing factor to that loss. The shifty Samuelsson was probably a better fit with Ryan Kesler and was certainly a better with the Sedins, who Booth ended up playing with in the playoffs.

Keeping Mikael Samuelsson may not have been the answer, but at least he wouldn’t have hamstrung the organization with an unfriendly cap hit going forward. 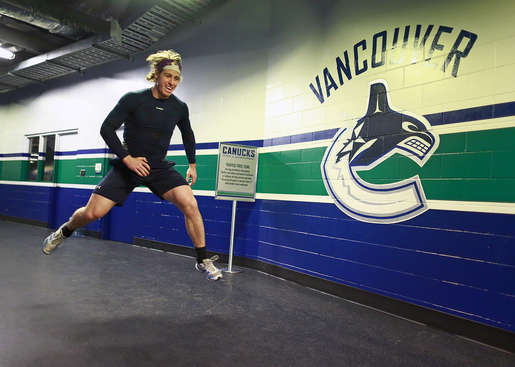 Keith Ballard and David Booth are the poster boys for regrettable trades with the Florida Panthers. They were both brought in at key times during the Stanley Cup window of Gillis’ Canucks.

While Mike Gillis seemed to strike all of the right notes with regards to free agency and re-signing core players, he failed to trade for the right piece to put the team over the top. A lot of the money that Gillis saved with the great contracts he signed was wasted away with $4.2M Ballard (a depth defenceman) and $4.25M Booth (a third line winger). Not only did both players prove to be terrible fits with the team, they were both eventually bought out of their long term contracts.