If you’re looking for a case study on how not to treat a player, Roberto Luongo’s tenure in Vancouver is a good place to start.

As a member of the Canucks, Luongo’s on-ice accomplishments were virtually unparalleled.

But perhaps most notably, his tenure reflected the total mismanagement of an elite player and loyal teammate by general manager Mike Gillis.

This lack of awareness and tact, with Gillis at the helm, boiled over on March 4, 2014, as Luongo was abruptly dealt to the Florida Panthers for Jacob Markstrom and Shawn Matthias in the aftermath of the Heritage Classic.

One month later, Gillis was fired as Vancouver’s GM.

It wasn’t a coincidence.

In many ways, Mike Gillis served as a magician throughout his six-year tenure in Vancouver. He revealed new ways of thinking, promoted new modes of evaluation, and produced staggering results.

But Gillis’ biggest flaw wasn’t actually trading Roberto Luongo. More accurately, it was his inability to control a problem of riches (and a related lack of tact in dealing with the franchise’s greatest goaltender) that ultimately tarnished his legacy. 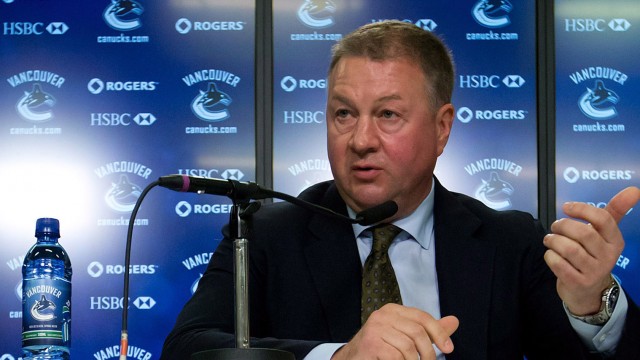 Earlier this month, The Province writer Jason Botchford summed up Luongo’s career in Vancouver as a controversy riddled loop that would inevitably persist, and therefore never work:

What if Cory Schneider was traded in 2011? What if Luongo started Game 3 in the 2012 playoffs? What if he won Game 7 in the Stanley Cup final?

That was the thing with Luongo and Vancouver. No matter how many times he bounced back from a slight, there was always another Heritage Classic, another insult, around the next corner.

Looking back, there is no way he was ever going to spend the rest of his career in Vancouver.

But it would be remiss to suggest that this pattern made Luongo a poor fit for Vancouver or somehow responsible for the perpetual roller coaster.

In reality, it was Mike Gillis’ inability to curb dramatic situations (and tendency to exacerbate them) that facilitated the unhealthy, systemic issue. 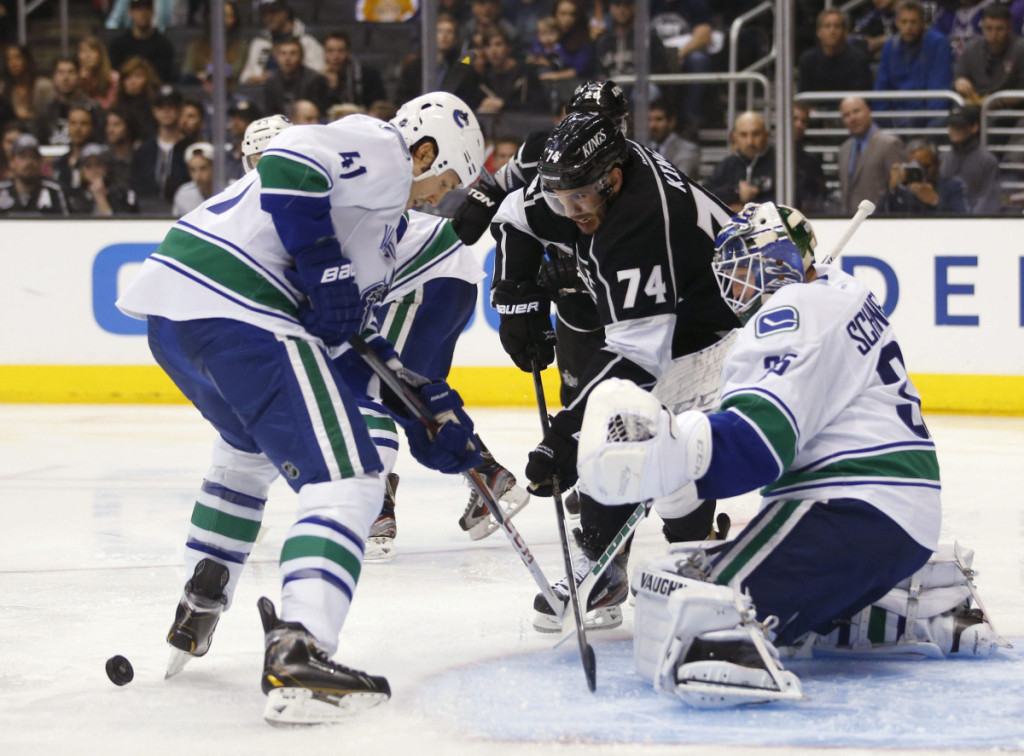 In April 2012, on the heels of their second consecutive Presidents’ Trophy, Vancouver entered the postseason seemingly destined for a deep run.

Despite two solid performances by Luongo, the Canucks found themselves down two-games-to-none, with pressure mounting to start Cory Schneider in game 3. Analytics guru Cam Charron weighed in on the controversy:

And, come on. Has Luongo been the problem for the team? With 65 shots against and just 4 goals, to be even in this series, you’re counting on your goaltender to have a .938 save percentage just to be tied through two games. Luongo’s even strength save percentage is at .951, his problems resulting from poor goal support, five-on-five defence and an atrocious powerplay.

Nonetheless, head coach Alain Vigneault (whose goaltending decisions necessitated Gillis’ input) opted for Schneider in game 3 despite insisting that “being down 2-0 is not a reflection of the goaltending we’ve had“.

A week later, the Canucks were out of the playoffs and Schneider assumed the role of number one goaltender (signing a 3 year/$12M extension on June 29). When asked about Schneider at his season-ending press conference, Gillis noted:

It wasn’t by accident he was played in big games. We wanted to see if he was as good as we thought. He is. The emergence of Cory as such an outstanding young goalie has changed the landscape.

When later asked about trading Luongo, Gillis did little to curb the emerging situation, noting that “multiple teams” were interested – publicly fueling media speculation that Luongo would be dealt.

In doing so, Gillis demonstrated a complete lack of foresight. Rather than publicly affirm “our team and plan is built around two goaltenders, and we’re keeping both”, Gillis narrowed his options – locking himself into Schneider, distancing himself from Luongo, and cutting his leverage his half. 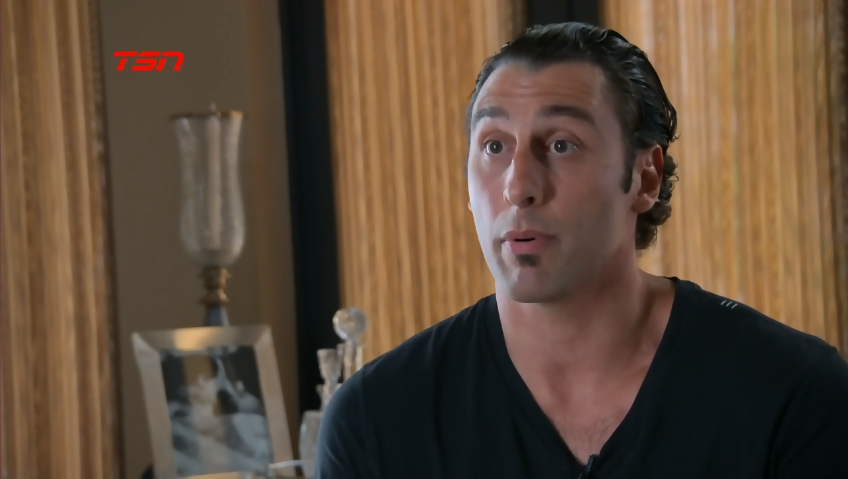 A potential Luongo trade would be stymied by retroactive sanctions in the 2013 collective bargaining agreement, forcing the veteran to awkwardly return to Vancouver as the team’s back-up goalie.

This awkwardness was magnified by consistent coverage of potential Luongo trades, which Gillis publicly facilitated and encouraged.

Nonetheless, Luongo accepted his role as the team’s back-up, supporting Schneider and downplaying the situation with a remarkable sense of humour.

After a potential deal to Toronto fell apart in April 2013, Luongo accepted a perpetual state of uncertainty; remaining committed to the organization despite an ongoing media circus.

In the opening round of the 2013 postseason, Luongo turned in solid performances against the San Jose Sharks before being replaced (again) by Schneider in games three and four. Sharks captain Joe Thornton questioned the move.

We felt Lou was playing great…we felt we were lucky not to play against Lou, to be honest.

After being swept in four games, Gillis declared it  “unlikely” that Luongo would be back, offering the goaltender an apparent assurance that closure was coming. Shortly thereafter, Luongo listed his Yaletown condo for sale.

Seven weeks later, without any dialogue or discussion with Luongo, Gillis abruptly traded Cory Schneider to the New Jersey Devils.

Roberto Luongo: "I'm shocked! I have to let this sink in and figure out what I'm going to do."

Surprisingly, Gillis failed to appreciate the impact of the move on Luongo.

I need to have a conversation with him, explain what happened. I’m not anticipating there being issues.

I wasn’t angry, I was just shocked mostly. I was just trying to figure out the reasons (shrugs). Why a decision like that would be made, especially without consulting me. I mean, that’s a pretty big move, I thought, to make without having an input from the guy you’re going to put your trust in. 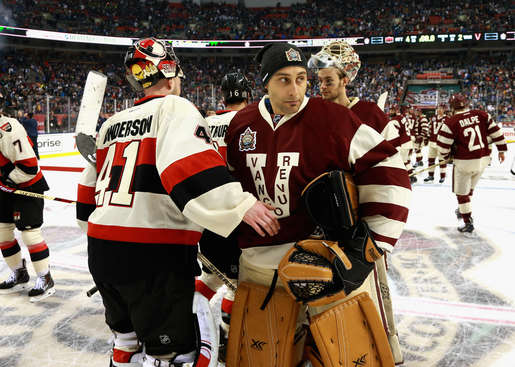 With incredibly thick skin, Luongo returned to Vancouver for the 2013-2014 season. In addition to realizing on-ice success (posting a 2.38 GAA and .917 SV% in 42 games), Luongo took personal steps to re-establish Vancouver as home.

@SirCanuckles That's a given. Before the Heritage debacle, 1 was house shopping in Van

That is, until the 2014 Heritage Classic.

Hosted at Vancouver’s BC Place Stadium, the “outdoor” game marked the highlight of Vancouver’s schedule, and represented a significant opportunity for Luongo.

There’s no hiding it. I did want to play that game.

Despite knowing his franchise goaltender was “pissed” with the decision, coach John Tortorella opted to start rookie goaltender Eddie Lack in front of 54,000+ confused spectators and a nationwide audience.

By the middle of the second period, “we want Lu!” chants echoed through the stadium, as cameras focused on Luongo sitting helplessly on Vancouver’s bench.

Luongo: "I thought my contract was untradeable. Just when I was starting to let my guard down, the trade happens. Go figure. "

The kicker? Vancouver would retain 15% of Luongo’s salary (roughly $790,000 per year against the cap) for the remaining eight years of his contract. Gillis had actually paid for Luongo to play elsewhere. Even in his absence, the Vancouver/Luongo drama would continue.

One month later, Gillis was fired. 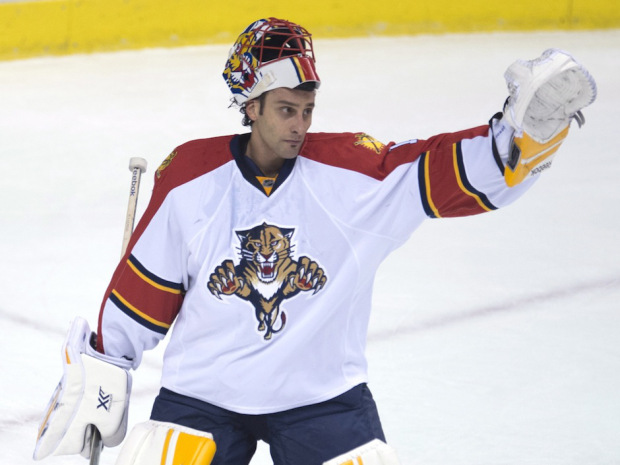 Ultimately, it’s impossible to remember Luongo’s tenure in Vancouver without the related drama. As Jason Botchford correctly noted, there was always a “Heritage Classic around the corner”.

Luongo’s captaincy in 2008 drew attention and criticism, but it was a move Gillis championed.

The choice to start Cory Schneider in the 2012 postseason can be hung on Alain Vigneault, but that argument is weakened if such decisions were made in advance and with Gillis’ input.

The ongoing controversy with Schneider was a constant distraction, but it was largely fueled by Gillis’ suggestion that Luongo would be traded. If Gillis had simply said “we’re comfortable with the situation, we want both guys and we’re keeping them”, he could have explored all options (privately) without many of the public hassles.

The decision to trade Cory Schneider in June 2013 created significant drama, but was entirely the product of: (i) Gillis’ public declaration that Luongo would be traded (compromising all leverage); (ii) Gillis’ failure to consult Luongo when the plan changed; and (iii) Gillis’ reluctance to seriously pursue a Schneider trade in 2011, 2012 or early 2013.

In terms of the Heritage Classic, it seems unfathomable that – after all that had transpired – Gillis would not have the influence or foresight to curb the decision to start Eddie Lack. As such, we’re left to conclude that Gillis failed to appreciate (or truly understand) a situation that captivated Vancouver’s media market for nearly three seasons.

If you remove Mike Gillis from the entire Luongo ordeal, you have to wonder if things would’ve been different.

It’s hard to imagine they wouldn’t.