The Gastown Steam Clock is returning to its home on Tuesday morning at the intersection of Cambie Street and Water Street.

City crews will transport the Steam Clock to the site at 9 a.m. to begin a day-long process of installation and setup. It is anticipated the Steam Clock will be fully functioning again sometime in the afternoon.

On October 8, the popular tourist attraction was moved off-site to allow for repairs to be performed on the worn-out ball loading device as well as some much-needed cleaning.

In its place, a public art piece called “Make It Rain” was installed at the Steam Clock’s location in early-December as a temporary ‘placeholder.’ The 27-foot tall mirrored surface tube was made possible after the designers reached their crowdfunding goal of $19,500 in the weeks following the Steam Clock’s disappearance.

During the crowdfunding campaign, the artists said their intention was to find a new permanent home for “Make It Rain” once the Steam Clock returns to the spot it has called home since 1977. It is unclear whether a new site has been found for the fixture. 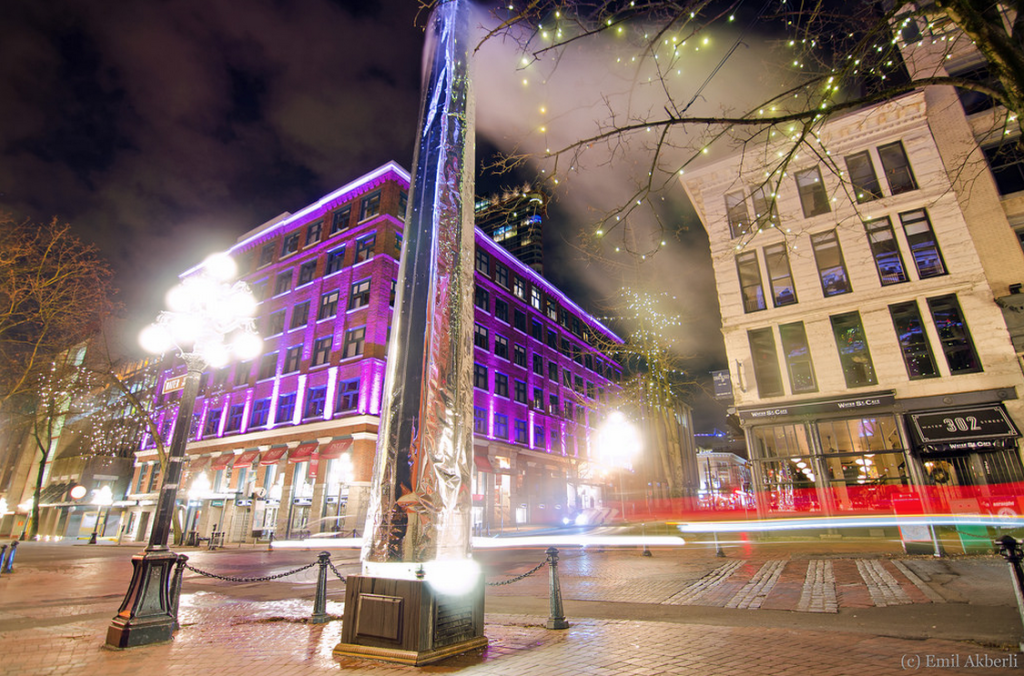