Vancouver’s oldest neighbourhood and district, Gastown, was officially recognized by the federal government as a national historic site of Canada through a plaque unveiling.

The district originally received the designation back in 2009, but the plaque is a formal recognition of its historic significance. It was unveiled by Mayor Gregor Robertson and Environment Minister Catherine McKenna Tuesday morning. 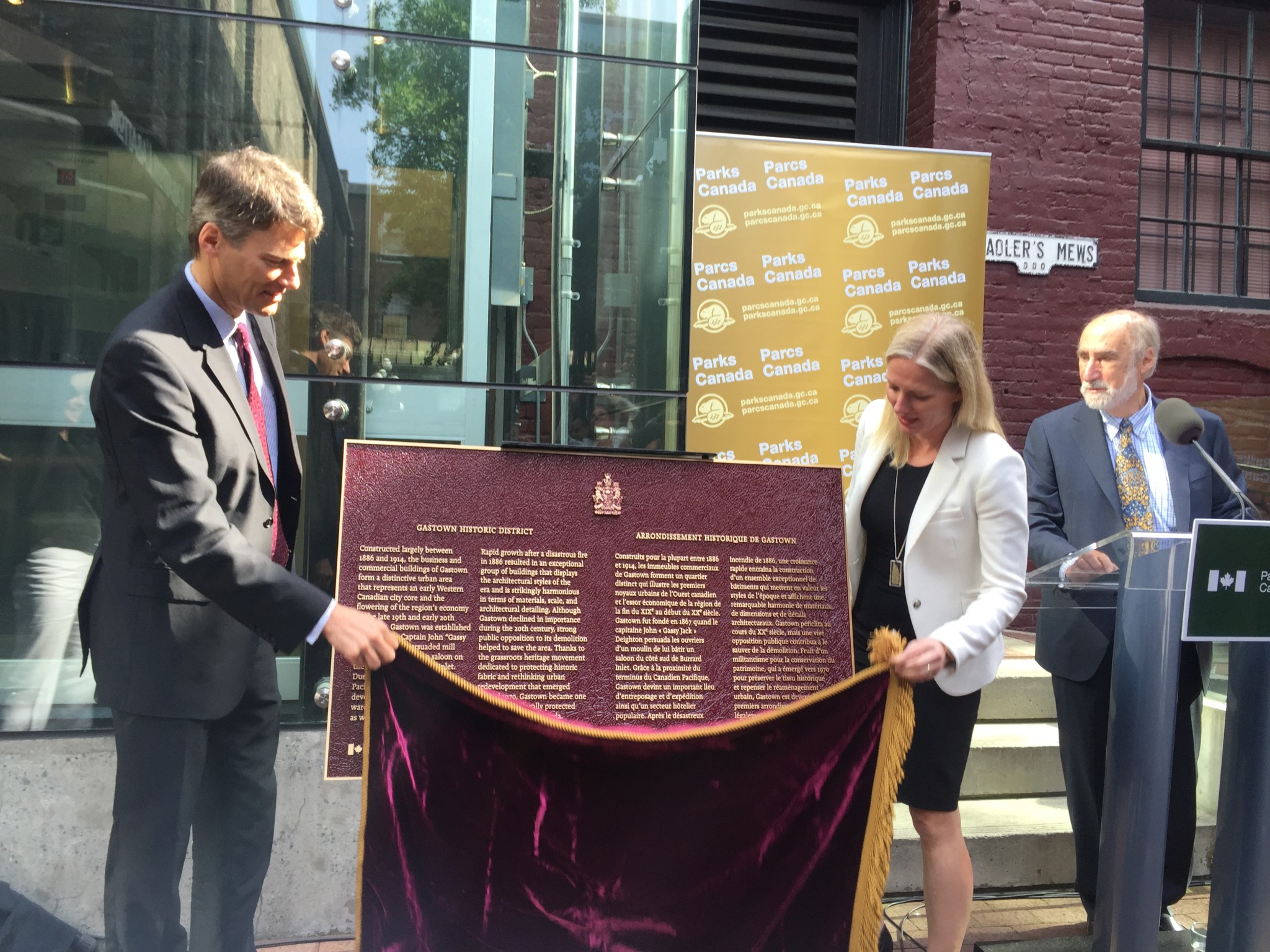 “Gastown and the surrounding area played an important role in the culture and society of Squamish, Musqueam, and Tsleil-Waututh indigenous peoples,” says McKenna. “The Gastown historic district is an exceptional example of an intact urban area from the late 19th and early 20th centuries.” 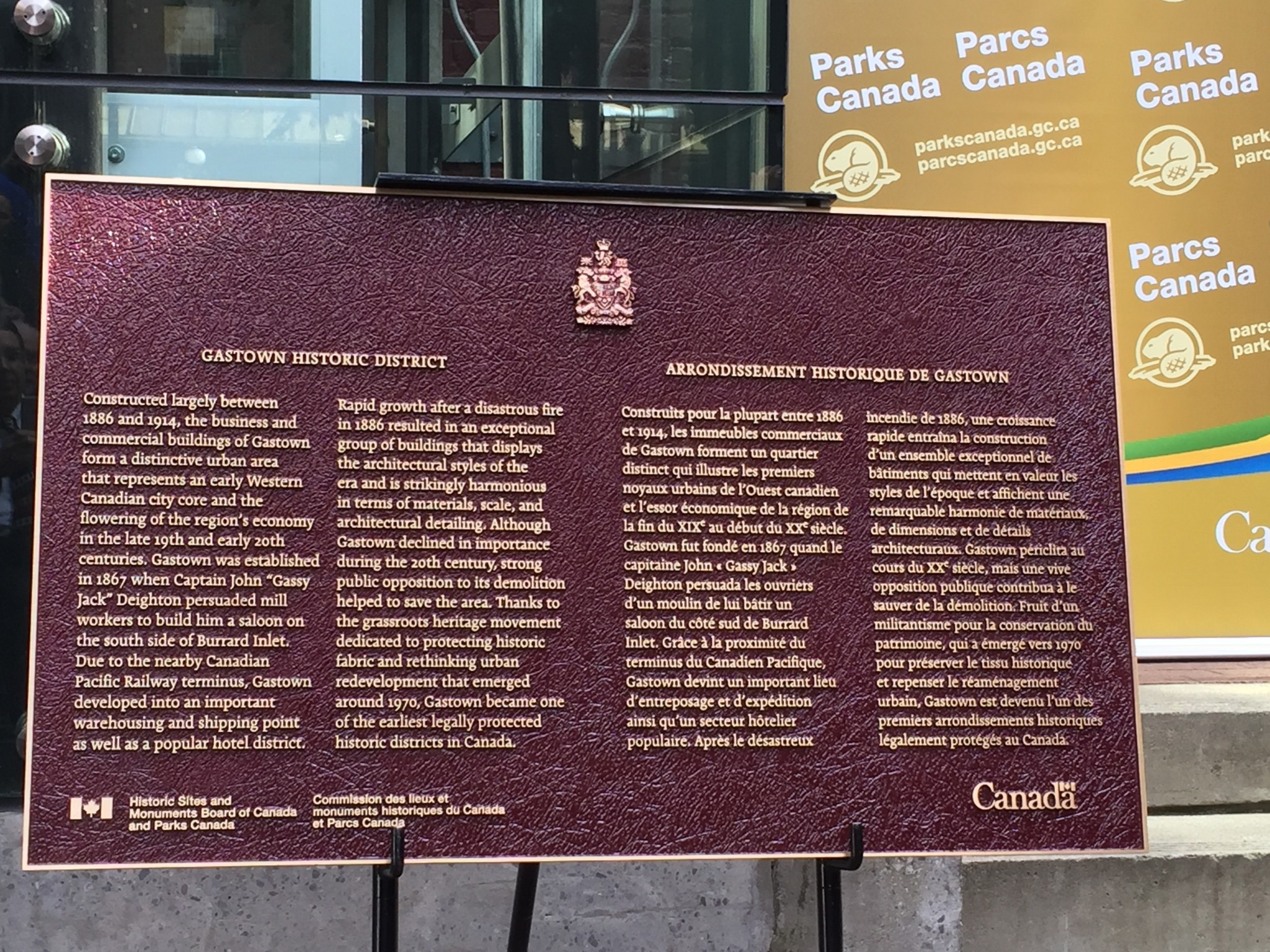 The plaque gives a brief overview of the district’s history and significance dating back to 1867 when it was first established by John “Gassy Jack” Deighton. Deighton managed to convince mill workers to build him a saloon on the south side of the Burrard Inlet, and Gastown was born.

“This neighbourhood has changed in many ways – certainly the history is relevant, but what it is today took many, many people over generations who were committed to this neighbourhood, looking after the buildings, and revitalizing the buildings,” says Mayor Robertson. “There’s been painstaking efforts to respect the heritage and make it relevant in today’s world.”

Gastown was initially incorporated as the City of Vancouver in 1886 after a disastrous fire wiped out most of the town and it was named a historic site by the province in 1971 in order to protect the buildings from demolition.