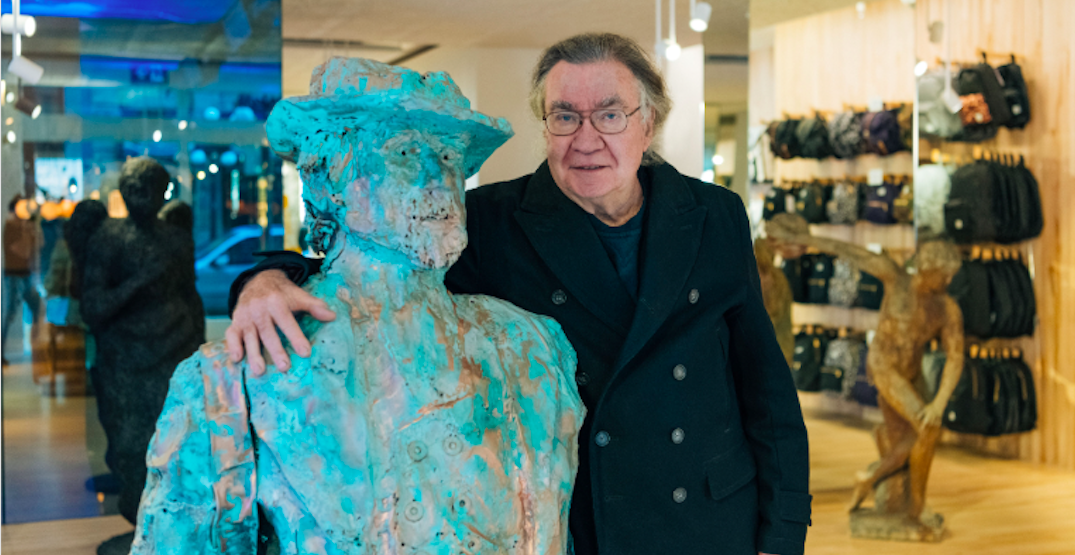 And this week, Simpson’s work was unveiled at the company’s flagship store.

A follow-up to the artist’s iconic 1970 “Gassy Jack” statue which stands in Gastown’s Maple Tree Square, Simpson’s latest interpretation, “Gassy Jack II”, depicts Deighton sporting an era-appropriate backpack, inspired both as a nod to Deighton’s history as a pioneer and gold prospector, as well as to Herschel Supply’s signature product.

Simpson based “Gassy II” on the only existing photograph of Deighton, which was taken circa 1870 and portrays him as an “everyman” of the era, outfitted in typical clothing of the time. 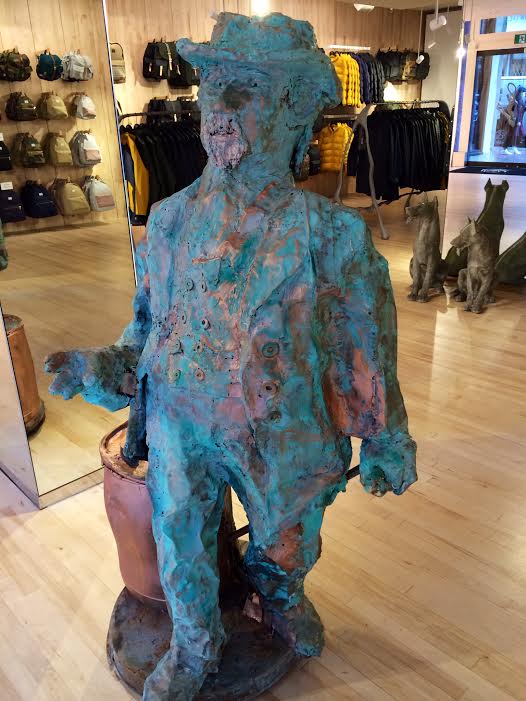 The sculpture is the result of hundreds of hours of work – twice.

“It took 250 hours to get him to about the 90% level,” Simpson told Daily Hive. “Then, I had a studio fire, the roof collapsed on him, and then an excavator drove over him and he was flattened. It’s taken over 300 hours to rebuild him and actually improve the on the first version.”

And even though the process took twice as long as expected, Simpson said he’s pleased with the end result. 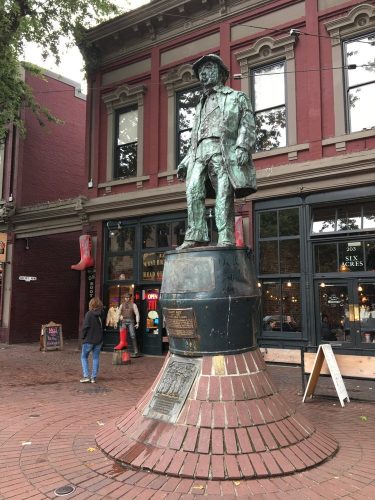