Bike tires will once again collectively roll through the red-brick pavement of Gastown on July 9 for the 2014 Global Relay Gastown Grand Prix.

As Canada’s oldest one-day cycling championship, Gastown will be transformed into a race course for both a women’s and men’s championship race. This years race will set a record for the most participants.

The race is part of BC Superweek, a 10-day cycling series in North America. Other races held within these 10 days include the Tour de Delta, UBC Grand Prix, Giro di Burnaby and Tour de White Rock. The Gastown Grand Prix is definitely the golden mile, with loads of money to be won.

Prizes will be given as followed:

For the past two years, the first place prize has gone to USA Pro Criterium champion Ken Hanson. He has previously stated he is looking to win a third year in a row, to fulfill his goal of matching Ron Hayman’s record. Ron Hayman has a Canadian cyclist native to Vancouver who won three titles in a row from 1981-1983. A list of the past winners can be found here.

The start/finish line will be at the intersection of Cambie and Water Streets. The route for this criterium race is as drawn below: 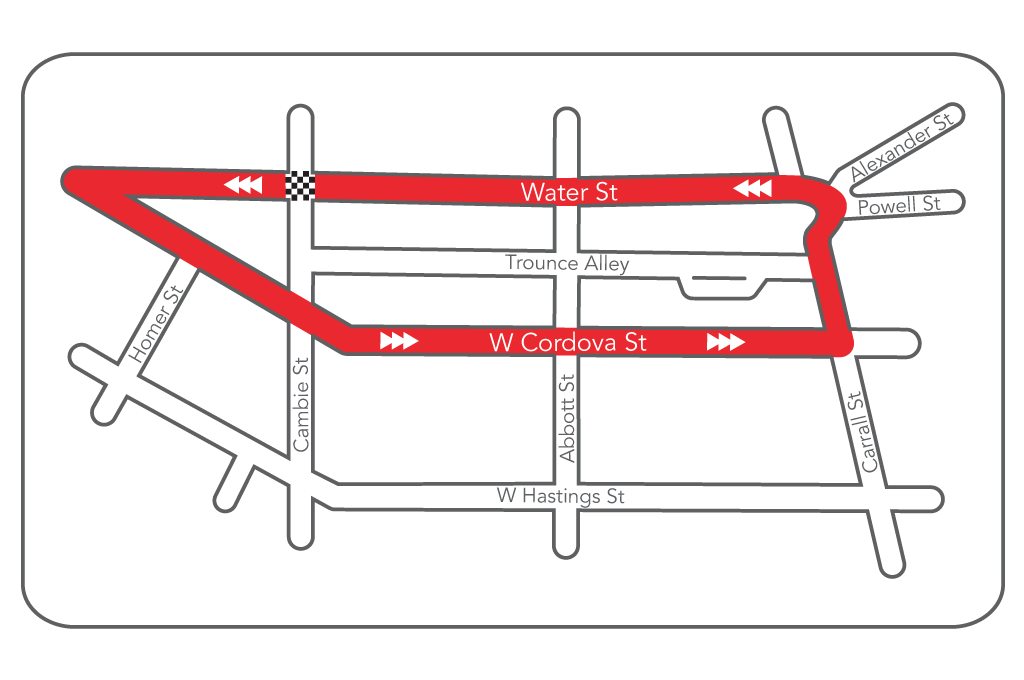 Watching the race is free and is expected to be a spectacular fun packed day in Gastown. Bars and restaurants around town will also be playing the event on their TVs. To livestream the race, click here.