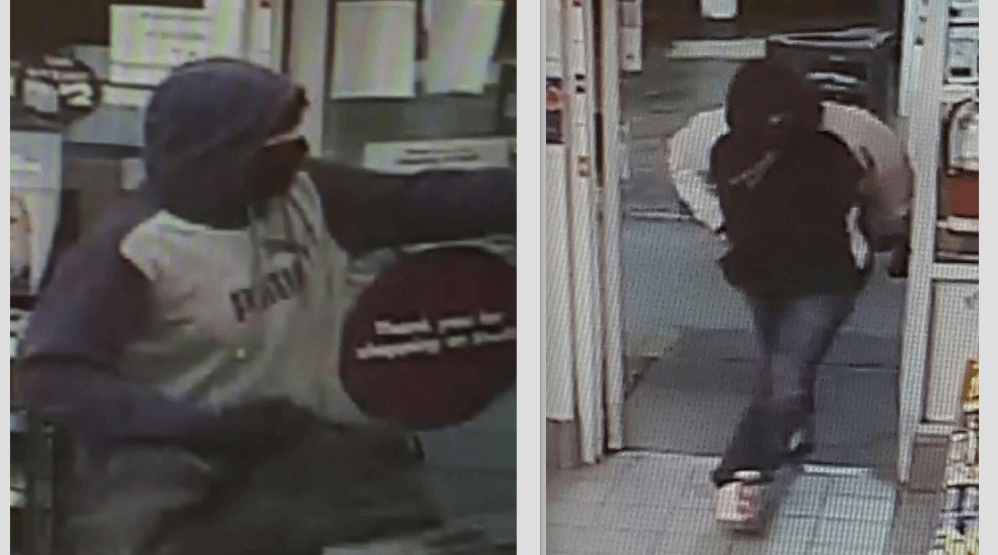 Police in North Vancouver are looking for two suspects, after a gas station was robbed on Tuesday night.

The incident took place around 8 pm, when two masked men entered a gas station, located in the 1700 block of Capilano Road and demanded money and cigarettes from the store clerk.

The pair claimed they had a gun and a knife, but neither were produced, police said.

The culprits were last seen running from the area towards Marine Drive with an undisclosed amount of money and cigarettes, but not before the store’s surveillance system captured images of the pair.

“Police are asking for the public’s assistance in identifying the two suspects,” said Cpl. Richard De Jong of the North Vancouver RCMP. “Considering the time of evening, it is hopeful that someone may have observed something that will be of help in our investigation.”