Gas prices are on their way up across Canada.

According to GasBuddy’s Fuel Price Outlook, the average cost for gas in Canada in 2018 will be $1.19 per litre.

The report projects January will see the lowest prices at an average $1.13 per litre, while September will average $1.24 per litre, making it the priciest month of the year.

“Circumstances beyond Canada’s control, including a surging US dollar versus a weaker Loonie, increasing US fuel demand and growing exports, will put a premium on what Canadians will pay at the pumps in 2018,” said Dan McTeague, senior petroleum analyst, in the report. “We estimate pump prices will therefore rise an average of 5 cents a litre across the country.” 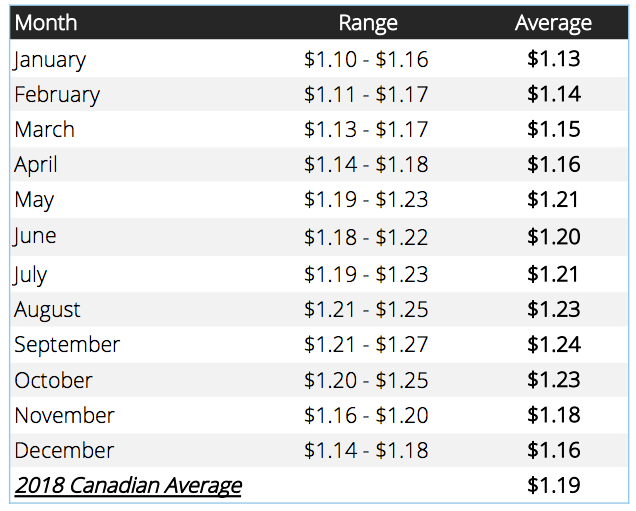 And looking across the country, it appears the west coast will be seeing the highest daily average this year.

The highest average in Canada will be experienced in Vancouver, where prices at their peak will range between $1.46 to $1.52, compared to Toronto’s $1.29 to $1.35 per litre, which is relatively average on the national scale. 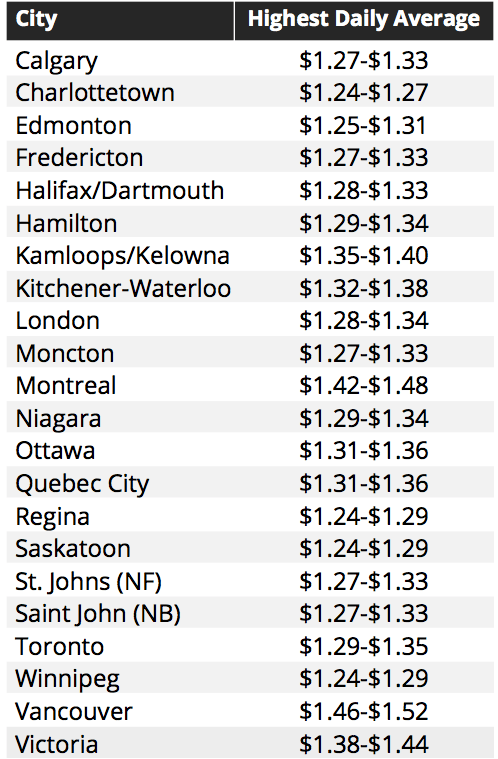 According to the report, seasonal price differences such as formulation changes from winter-to summer and then summer-to-winter blends, are some of the factors influencing pump prices in Canada.

“Propelled by a stronger economy, and greater exports, demand for petroleum products continued to rise at record-setting levels,” reads the GasBuddy outlook. “If the demand for gasoline continues to reach or exceed previous records, it stands to reason that 2018 will be on course to see a corresponding rise in pump prices.”

So brace yourselves, Canada. Those high prices at the pumps are coming.