Last month, we featured Frank Giustra as the first profile for our new series ‘Profiles of Philanthropy: Meet the kindest (and coolest) people in Vancouver.’ This month, we’re pleased to introduce you to Gary Segal, Vancouver businessman, Chair of the Ronald McDonald House capital campaign and one of the kindest people we know.

As Vice-President of Kingswood Capital Corporation, Segal oversees a variety of businesses including real estate investment and development, manufacturing and finance.

A successful and humble businessman, Segal isn’t one to talk about his litany of entrepreneurial achievements but would rather discuss why it’s important to give back in the community. His drive to help others can’t help but inspire you. As capital chair of the Ronald McDonald House BC campaign, he was responsible for bringing in $30 million to build a much needed new home on the grounds of BC Children’s Hospital.

Segal has also dedicated himself to Ethiopia, and specifically to a young man named Tesfaye who he brought back from Ethiopia to have groundbreaking spine surgery to straighten his spine at Vancouver General Hospital. Not to stop there, Segal then went on to fundraise over $1 million in one evening at his “An evening to Bring Back Hope” gala event raising funds for other children needing life changing spine surgery in Africa.

We had the chance to connect with Segal and talk about compassion, philanthropy and the coolest thing he has ever done.

To me, philanthropy means looking out for and taking care of your fellow human beings – not only giving money, but also giving my time and of myself.

I think it was almost innate to me growing up. I remember as a child feeling a lot of empathy for those that were in bad situations.

I also had a wonderful example in my parents. Through both word and deed, over the years they continually reinforced the importance of giving back.

As my own involvement in philanthropy unfolded it became perpetuating in it’s own right – it seems the more you do, the more you want to do more.

The number one mentor has been my father, Joe Segal. For the last 30 years I have been fortunate to spend a lot of meaningful time with him. He has been front and centre in my life and a constant source of inspiration. 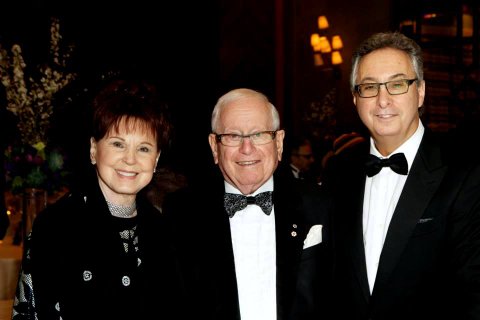 Locally, the proudest moment for me was seeing the opening of the new 73 room Ronald McDonald House at BC Children’s Hospital, having served as Chair of the Capital Campaign. It was a cause that I wasn’t very familiar with when I got involved on the Board and I think it flies under the radar a little bit.

Unless you have spent time at the House, people don’t quite appreciate what it does: it really is a “home away from home” and an important part of the healing process for these families from all over B.C. with seriously ill children needing treatment at BC Children’s Hospital. You cannot imagine what it is like for these families to be uprooted from their home community and their support systems while going through such difficulty times.

It is extremely gratifying to see how the beautiful new House and many well-thought out amenities help give the families and children a sense of normalcy and welcome respite from the hospital treatments I love going to the home and hearing and seeing what it means to these families, and love it even more when I hear that families and children I have come to know are told they are cleared to return to their home communities.

On the international level – in 2007 I went to Ethiopia and met Dr. Rick Hodes, an inspiring humanitarian who has dedicated his entire medical life of 25 years helping the most sick and destitute. He opened up his own life and heart, adopting five children and fostering 18 children who needed help. Meeting him changed my life.

On a return trip in 2008, I met one of his foster kids, Tesfaye, who had an extreme deformity in his spine with no chance for surgery in Africa. I felt the least I could do was try to arrange life-saving surgery for him in Canada. Notwithstanding I was sponsoring the cost of the surgery, it took almost a year of my life convincing Vancouver General Hospital to take on Tesfaye as their first foreign humanitarian case. It was great perseverance in the face of adversity. The complicated surgery was successful, Tesfaye lived with us for five months recuperating, and he is now part of our life.

That whole experience inspired me to create ‘Bring Back Hope’, a gala event that raised over $1 million to help children in similar circumstances in Africa and support the work of Dr. Rick Hodes. 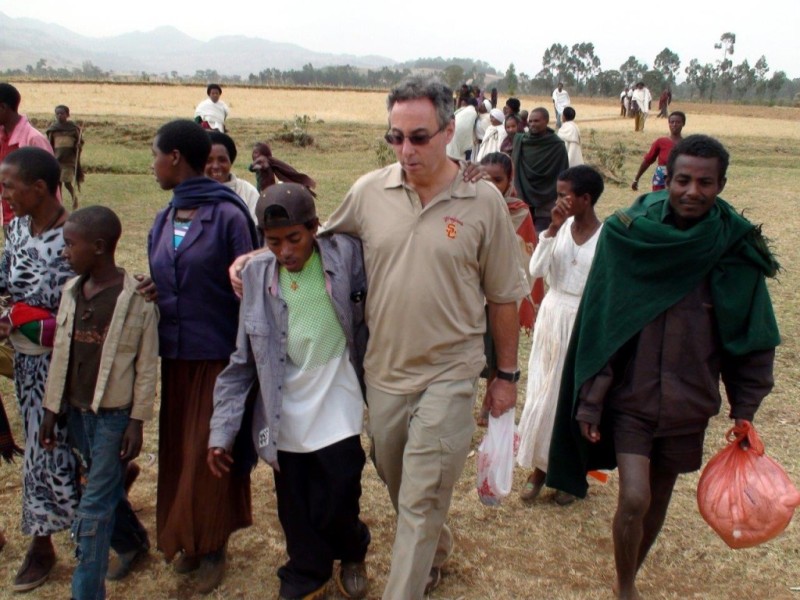 I would say I have a number of happy places. Growing up and even to this day – when I sit down and play the piano, it’s always been a great release for me. My mother would always say she could tell what mood I was in based on what I would play. I still enjoy it a lot although I have neglected it somewhat in the last few years.

My time on a golf course is also great. The soothing scenery on virtually every course and the challenge of the game seems to relax me and take my mind off of work. But I do still also enjoy a good battle on the tennis court.

Also, time with family, my children and grandchildren is very important to me. And I will always love travelling to exotic places, experiencing new cultures, and trying out new language skills on the people that I meet on those travels.

I have done a lot of adventure travel around the world. I chose to go to dangerous, off the beaten path places when I was younger, and to me that was very cool.

In the summer of 1972 I was in Uganda when Idi Amin was in power. While there were scary moments when perhaps it didn’t exactly feel “cool,” it certainly was a memorable experience being there during that crazy and dangerous time.

I also took a year off in 1974-75 after my undergrad degree to travel through Asia and the Middle East. That was a year of many “cool” experiences, such as being in Laos during the civil war and shot at going down the Mekong River, living with novice monks on a hilltop for a week while surviving on fermented fish sauce and sticky rice, sleeping with the Hill tribes in the Golden Triangle area of Thailand and Burma, feeling on top of the world trekking in the Himalayas of Nepal, and being caught up in the Lebanese civil war, to name a few. That whole year of adventure travel was pretty cool.

Kindness is a very important point. There is so much evil going on around the world grabbing a lot of headlines. But we must remember there is also even more beauty in the world, in my opinion nothing more beautiful than displaying kindness to one another – looking out for your fellow human beings. I have always grown up with my father telling me to count my blessings and to remember “there but for the grace of god go I.”

Everyday we could and should engage in the most basic display of kindnesss to others, as simple as acknowledging a fellow human being with a handshake, a smile, a hello – to let them appreciate their worth in the world. People don’t have any idea of what another person might be going through in life at any given time, what might be causing a person to act unhappy or unfriendly on any given day, but just by making that human connection it can reaffirm and make them feel that they count in the world. There are many people that need that but, sadly, don’t get it.