Vancouver fire crews have been dispatched to Main Street near East 38th Avenue after a garbage truck burst into flames.

The fire began in the load of garbage the truck was containing.

The incident is causing major disruptions in the area. Traffic on both directions is closed and transit buses are being re-routed. 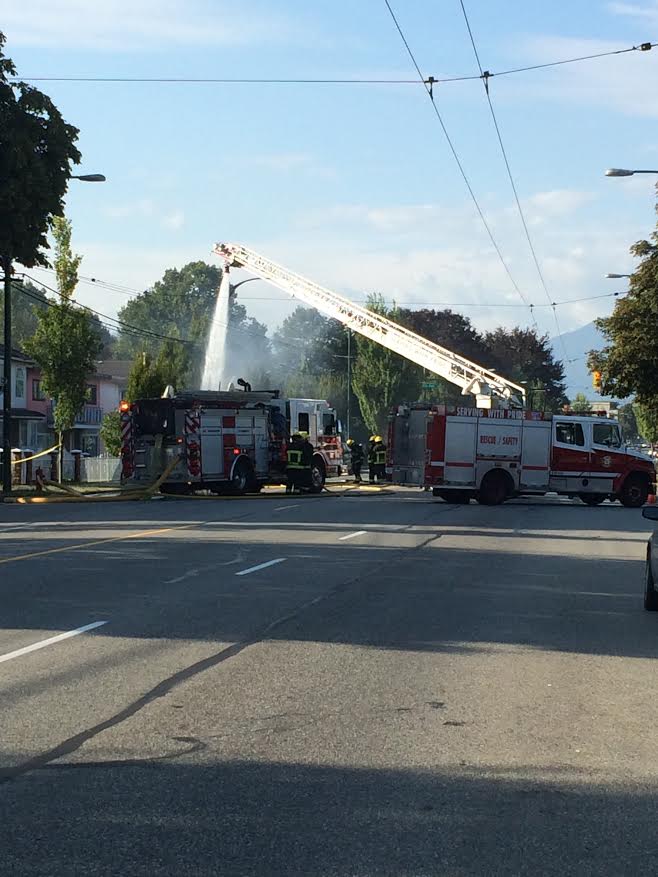