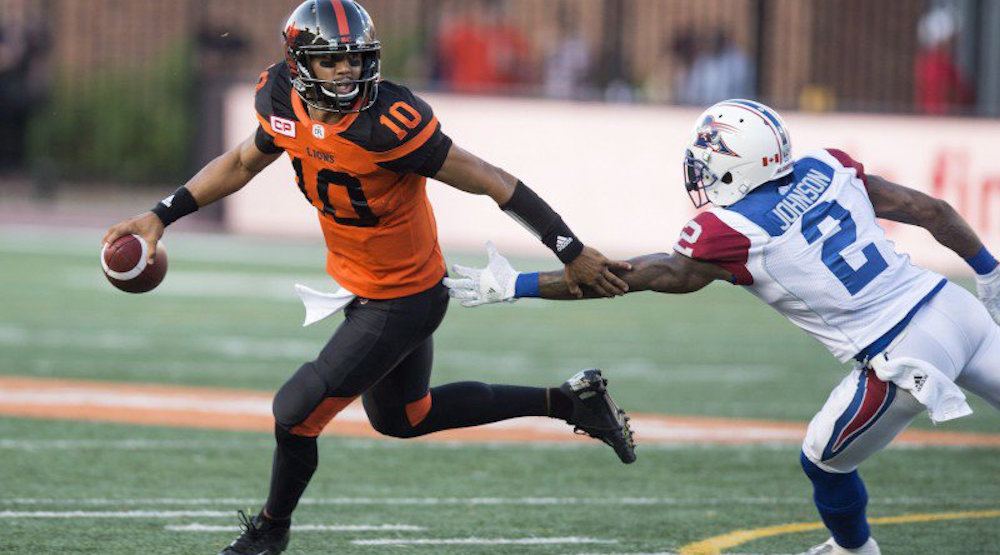 The 7-3 BC Lions will host the 3-7 Montreal Alouettes on Friday night under the very expensive roof at BC Place. The Leos have won four of their last five while the Als have the exact opposite record in that same span. They’ve had a pretty rough couple of months and have already lost to BC once back in early August by a score of 38-18.

Vancouverites should be at BC Place on Friday to witness something truly special – a local team that is on top of their game. It’s hard to say sometimes, but with the Whitecaps in a funk and the Canucks destined to finish near the bottom of the league, the orange and black offer a pretty sweet alternative.

An alternative that should absolutely feast on Montreal in Week 12 of the CFL schedule. 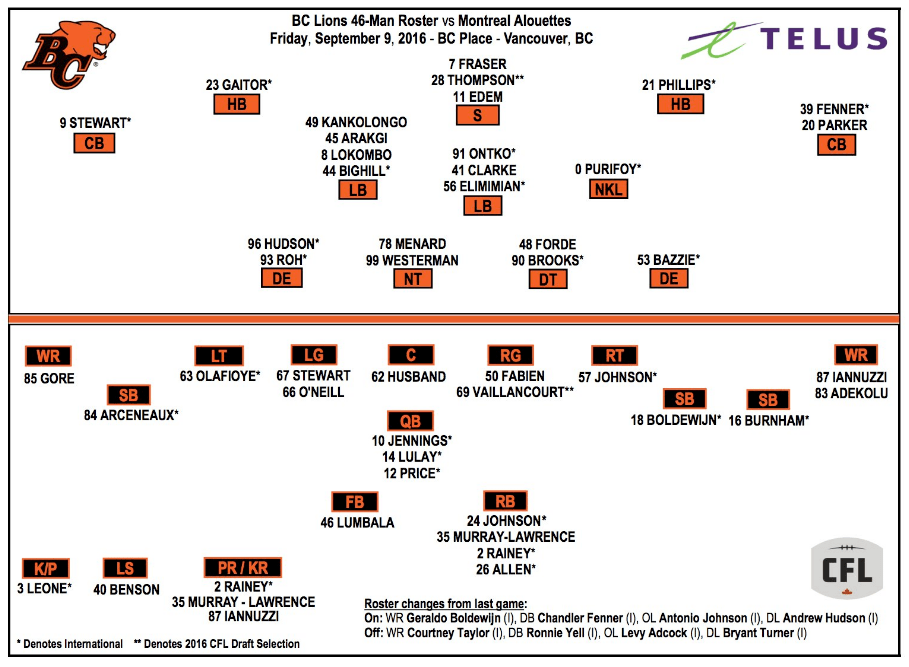 It’s that easy. When you’re on your game, things just seem to go your way. Well, that’s the way the BC Lions are feeling right now. They are returning from an eastern road swing that saw them walk into both Ottawa and Toronto’s barns and walk out with hard fought wins.

Now, albeit, last week their offence was nothing special. Quarterback Jonathan Jennings didn’t hit the 200-yard mark, he threw one pick, no majors, and the run game was pretty non-existent as well.

Even though everything worked against them though, they still found a way to win. In the process, they also kept the Argos’ brutal record at BMO Field in tact.

That’s been the story of BC this season though – even when they’re not completely on their game, they still find ways to win. That’s the sign of a quality football team. You’ve got to be good to be lucky and the Lions are good right now.

First off, I just want to say that money has nothing to do with this. If you can reference Montreal (Mo) and a Biggie track though with one reference, you do it. That’s journalism 101.

Money is irrelevant but the problems are aplenty in Montreal. Right from the start of the season when Duron Carter bumped over an Ottawa coach on the sidelines, the team has tailspun down further and further every week it seems.

Following a loss soon after, GM and head coach Jim Popp went on a rant and chirped his own team. That didn’t give things a rosy glow either.

Then to make things even worse, Kevin Glenn was named the CFL’s Top Performer in Week 9 for his five touchdown effort. Wait, that’s not the bad news…

He’d go on to throw six interceptions in the team’s next two games, lose both of them, sink the team to an East-worst 3-7, and get replaced by Rakeem Cato.

THE OTHER SIDE: @MTLAlouettes QB Rakeem Cato on taking on the #BCLions tomorrow night. @CFL pic.twitter.com/7kskAoOamH

Cato looks like he could have a bright future in this league. The Als, on the other hand, are having a rough time seeing the light at the end of the tunnel in 2016. It’s flickering fast and the Lions have an excellent chance to all but turn it off completely on Friday.

3. Top three defenders under one roof

We’ve said it before, get to this game! The top three defensive players in this league will all be at BC Place: Bear Woods, Solomon Elimimian, and Adam Bighill.

Now, even though he plays for the Alouettes, Bear Woods needs quite a bit of credit. Not only does he lead the league in tackles with 74, but his name could be the greatest thing to happen to the Alouettes since the dreaded Ham-Pringle combination of the late 90’s.

Meanwhile, on the other side of the ball, Elimimian and Bighill have a chance to overtake Woods in the tackle category as they’re both well within reach (70 and 68). They could also overtake the Bear in forced fumbles and picks while they’re at it, heavily strengthening their Most Outstanding Defensive Player bids.

Get ready to watch two mobile quarterbacks escape the pocket and run for their lives early, often and all night long.

The Montreal Alouettes currently have an East Division-worst 205 points for so far this season. Watch for the Lions defence to be stellar and Jennings to go deep against a weak Als secondary. Lions win 48-15.