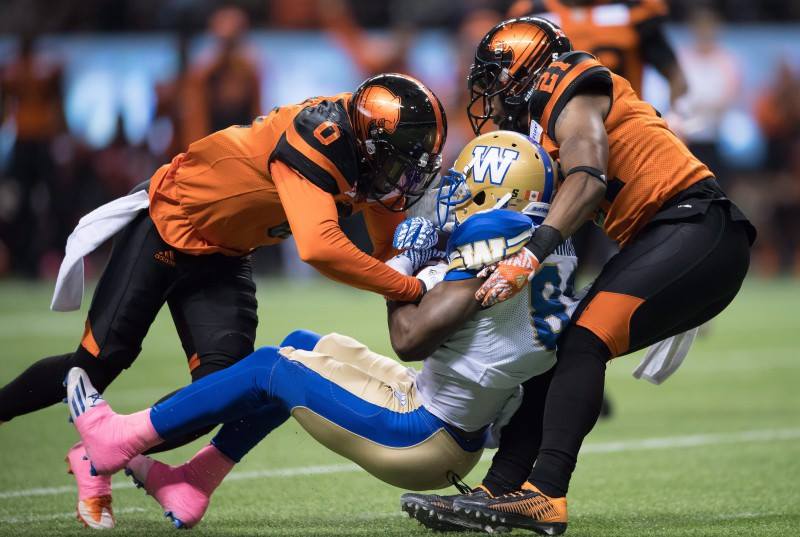 A home playoff game at last. It’s been too long.

On Sunday afternoon, the BC Lions will host the Winnipeg Blue Bombers in the West semi-final.

This is the first time since 2012 that the Leos will get the chance to play a postseason tilt in the confines of BC Place. A sellout for the lower bowl is expected, and fans are expected to bring the noise. In fact, the first 5,000 fans through the gates on Sunday afternoon will receive an orange cowbell to help make the stadium loud.

Let’s get into this one.

📽 “This locker room is alive. We’re going to do what we do.”@RealBBurnham on the mindset heading into #GCPlayoffs 🦁 🏈#ItsTime pic.twitter.com/XblYbb88ic 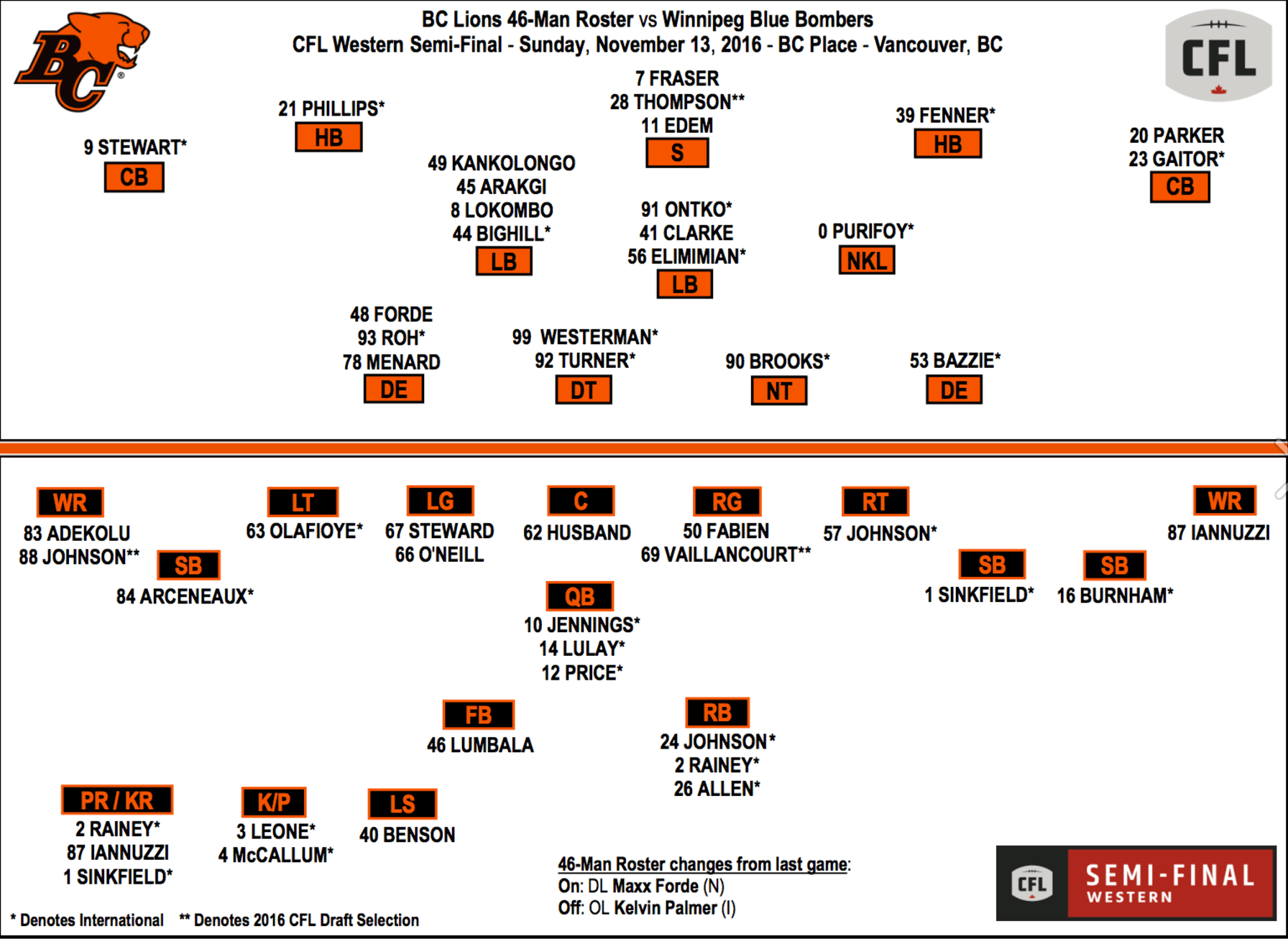 Forget the past matchups

Losing both regular games to Winnipeg in heartbreaking fashion, the only thing the Lions can do is look forward.

BC is the better team on paper, and can’t let the past losses to the Bombers get to the team mentally.

The Lions have given away three games in total this year, and the players on the team have really seemed to buy in even more ever since the second loss to Winnipeg back in Week 17.

BC hasn’t lost a game since.

In the past playoff losses that the Lions have endured, most of the time they were unable to create much of anything in the first half offence.

Nerves are probably the biggest part, but BC needs to get the fans into it early. A first quarter touchdown is crucial if the Lions want to travel to Calgary after this.

The last thing Wally Buono’s club needs is to play from behind the whole afternoon.

Paul McCallum has not missed a single postseason field goal in 36 attempts as a Lion. That’s fantastic for the CFL vet, but Lions fans have to be hoping not to be seeing him out there too often in this one.

When it comes to the playoffs in this league, most games are decided within a few points. The difference between seven points and three is immense.

Quarterback Jonathon Jennings was benched in his first playoff game north of the border last year. Safe to say he’s ready for some vengeance this time around.

The Lions can’t afford to, and won’t disappoint the hometown fans on Sunday. The game will go back and forth in the first half, but BC will turn it up in the third quarter and ultimately cruise to victory.