George R. R. Martin’s A World of Fire and Ice

After Sunday’s explosive episode, it only seemed appropriate to follow up with a Game of Thrones app pick for this week. George R.R Martin’s A World of Fire and Ice mobile app is the perfect way to keep up with characters for those who have read the books or to explore Martin’s fast-paced world for those who watch the show and just can’t get enough. 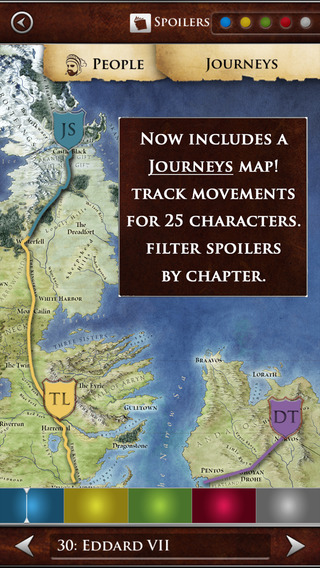 A World of Fire and Ice mobile app boasts 600+ character profiles, 550+ place descriptions along with historical bios of both influential and smaller Houses, religions, groups, creatures and things. There is also an anti-spoiler functionality that users can customize based on where they are in the show or books. Users can test drive the app for free and get 8 POV characters from the first book, A Game of Thrones, as well as an interactive map of Westeros. 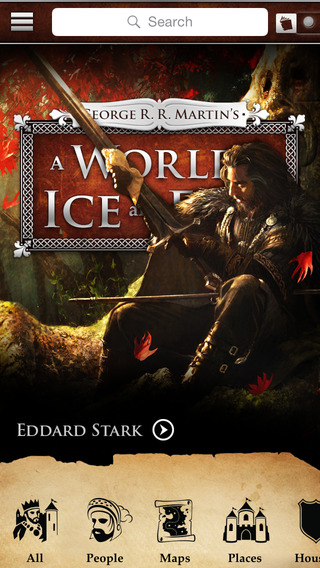 The app is full of beautiful illustrations that are closer in line with the artwork that often accompanies the books rather than the show’s characters. The interactive map built in the app lets users track the movements of 25 characters as they make their way around Westeros. The interactive map is an awesome way to gain perspective of the regions that make up the Seven Kingdoms. 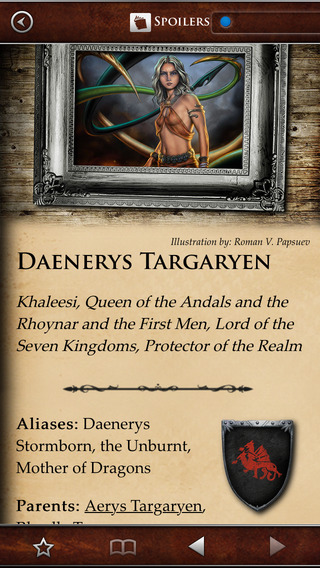 The app is free to download however, users must make in-app purchases to unlock InfoPacks for each of the five books (or buy all five at once and save a dollar). Albeit somewhat disappointing, if you’re a huge Game of Thrones fan you probably won’t mind shelling out a couple extra bucks to have full access to the app. 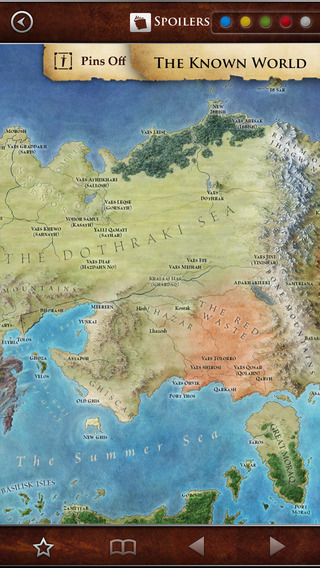 For those who have read the books years ago and are having trouble remembering all the secondary characters who didn’t make the cut in the show, the GoT mobile app is a perfect way to explore George R.R. Martin’s world from King’s Landing to across the Narrow Sea. Users can catch up with characters like the Hedge Knight, Princess Arianne and Lady Stoneheart (who I’m still disappointed didn’t make the show). The app is also great for people who haven’t read the books and want to know who the heck I’m talking about. 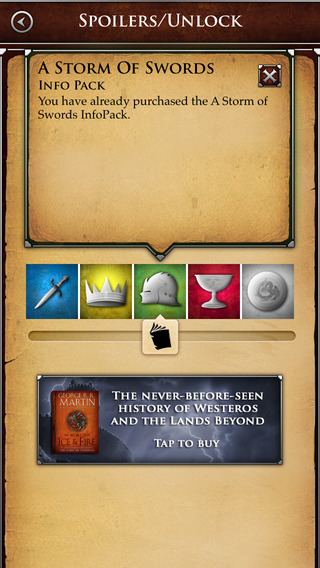