The Canucks play the San Jose Sharks tonight for the second time in less than a week in the friendly confines of Rogers Arena.

Vancouver is coming off of a home loss on Tuesday night against the New York Islanders in a game in which the Canucks deserved a much better outcome. The 3-2 score flattered the Islanders. The Canucks controlled much of the play and the Islanders were the benefactor of three own-goals against Jacob Markstrom.

It is hard to believe that the distance between the Vancouver Canucks and San Jose Sharks in the standings has bloated to 14 points. The Sharks have simply continued to improve throughout the season while the Canucks have hit a brick wall.

While the Sharks are well known to be led by the likes of Joe Pavelski, Patrick Marleau, Joe Thornton, and Logan Couture, in truth it is Brent Burns that drives the bus. Burns is 3rd in Sharks scoring with 54 points (21 goals and 33 assists) and, perhaps more importantly, sports one of the best beards in the NHL.

The Sharks are 6-2-2 in their last 10 games and are licking their chops at the idea of getting to play the Canucks 4 times in the last 20 games of the season. 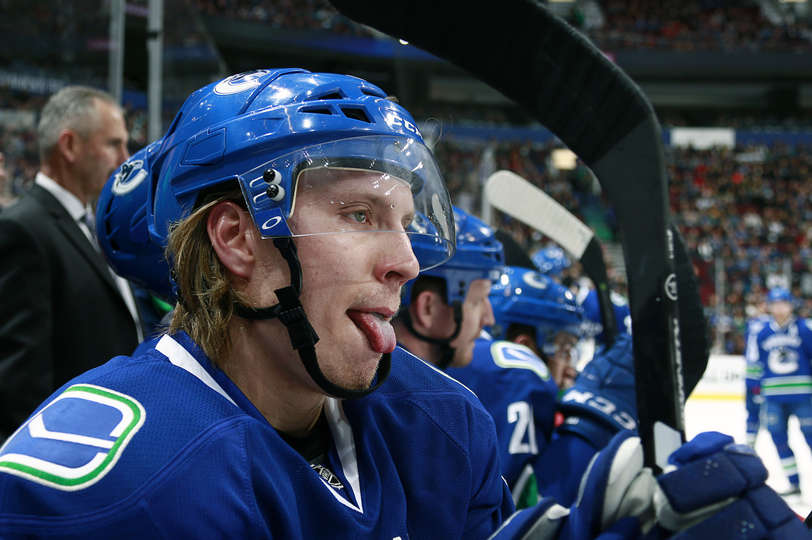 In yet another Jim Benning trade that was near-universally panned by fans, the Canucks landed a player in Markus Granlund that is intriguing.

Granlund isn’t the flashy goal scorer that many envision Hunter Shinkaruk to be, but he is a smart and crafty player. This trade is better judged in time, but watching Granlund live definitely puts the trade in perspective.

Big ups to Marky who was named to Team Sweden's roster for the World Cup of Hockey! 🇸🇪 pic.twitter.com/4xDsvfJwre

Hansen and the Sedins were virtual locks to be named to their respective World Cup rosters, however, many were surprised when Jacob Markstrom was named as the back-up to perennial all-star, Henrik Lundquist, for Team Sweden.

For Markstrom the roster spot is a considerable accomplishment considering there were other NHL options available to Team Sweden.

Do we really need to go there again with that debate? There is no longer a debate. 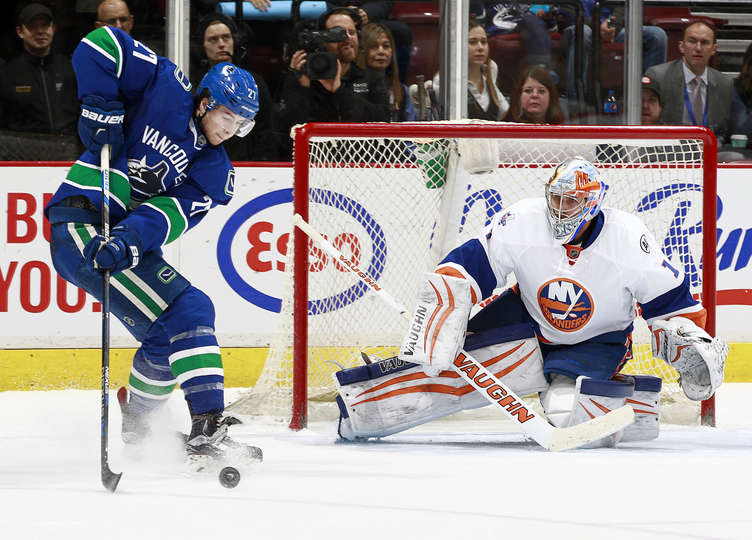 Hutton led all Canucks in time on ice against the New York Islanders on Tuesday night and the impressive part is that his game did not change with the extra ice. This bodes well for the Canucks.

It is often noted that many NHL defenseman are effective in a certain amount of minutes, but only the elite can remain consistent when logging minutes beyond their usual.

Will Ben Hutton become an elite defenseman in the NHL? Early signs suggest it is definitely possible.

Brendan Gaunce will play his third NHL game of the season tonight, while Radim Vrbata is still out with an injury.

The Canucks held an optional practice this morning, so we’ll have to go off line combinations from yesterday (inserting Gaunce for Vrbata).

With Gaunce in, the Canucks will be dressing 8 players 23-years-old and under tonight.

The Canucks are coming off another home loss, but it was a loss that could have easily been a nice win against a very good Eastern team.

Despite the positive performance on Tuesday night, the Canucks do not match up well against the San Jose Sharks. Look for the Canucks to play well again, but fall short in a 3-2 lost to the Sharks.

Let’s be honest though, isn’t a good effort by the Canucks in a loss what many fans are hoping for?