With the season mercifully drawing to a close in the next few weeks, Vancouver is stumbling towards the finish line and among their final stops is a date this evening in Nashville to take on the likely playoff-bound Predators.

As mentioned, it hasn’t been a pretty for the Canucks lately. Five consecutive losses are tough to watch but aren’t anything we haven’t come to expect this season. However, three straight shutout losses bring the team to a new low. No, seriously, the recent slide is a franchise record.

#Canucks set new franchise record for time without a goal. Break the record of 223 minutes & 10 seconds set in 1984.

The Nashville Predators currently sit 4th in what can only be described as the best division in hockey at the moment. While it may be tough for the Predators to catch the top three teams in the Central (Dallas, St. Louis, and Chicago) before the postseason, beating up on weaker teams like the Canucks would go a long way to accomplishing that. Things could get out of hand quickly tonight.

Nashville has been playing some good hockey of late. They’ve won 3 of their last 4 games and are coming off an impressive 5-2 victory over the LA Kings.

The best thing that could come out of tonight’s game? Any and all Ryan Johansen rumours regarding his inevitable move to Vancouver.

1. My kingdom for a goal 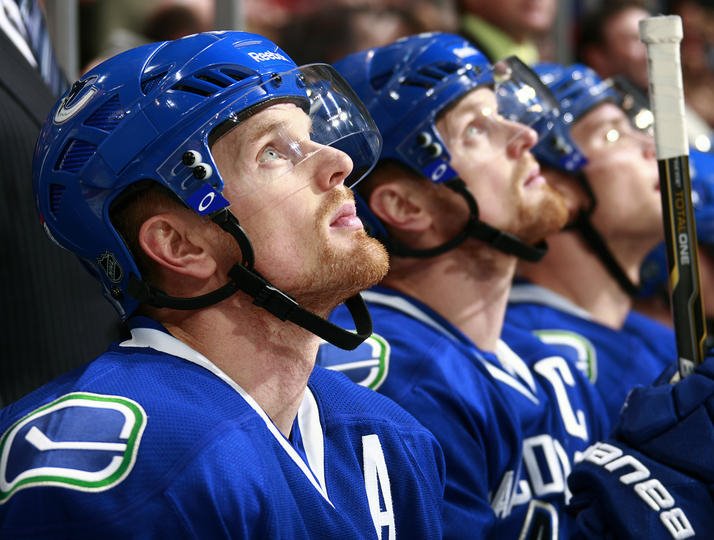 It’s been a dreadful run for the Canucks as of late.

Five straight losses and three consecutive shutout losses have left fans uninterested, players and other members of the organization frustrated, and most of the media scrambling for interesting stories to write (more on that later).

The most alarming aspect of the recent slide is who the Canucks have lost to. Okay, the St. Louis Blues are a legitimate power in the Western Conference and though the Colorado Avalanche are dead last in terms of possession numbers, but they’re still ahead of Vancouver in the standings and currently fighting for a playoff spot.

That being said… two losses to the Winnipeg Jets and no goals against the Edmonton Oilers truly sums up the miserable nature of this season. Both Winnipeg (25th) and Edmonton (27th) are in the bottom third of the league with regard to goals against per game.

The guy that shut them out on Tuesday night: Ondrej Pavelec. His season stats read as follows: 9-13-2 with a 2.79 GAA and .904 SV%. Last night’s shutout was his first of the season.

The Canucks are ailing.

..oh man if Daniel and Baertschi are out next game… pic.twitter.com/qY9OYK368h

Baertschi and Daniel both attended practice this morning and Daniel is confirmed to play. Baertschi is a game time decision. 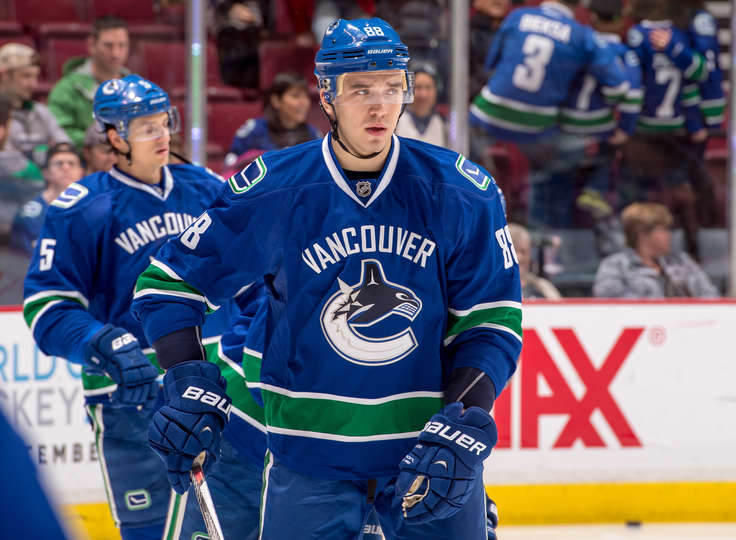 With Anton Rodin now signed to a one-year, one-way deal for next year, the Canucks have another young talented player ready to cut their teeth in the NHL.

This comes on the heels of Nikita Tryamkin’s much-heralded transition from the KHL to Vancouver. Unfortunately for the team, these days even the good news comes with a dark cloud.

It’s been revealed that the Canucks initially attempted to sign Tryamkin to a three-year entry level deal that was rejected by the NHL on the grounds of non-compliance with the current CBA. Some have seen this as another mistake by management added to a list growing by the week…

@SatiarShah The waiver glitches? The Tryamkin contract screw-up? The cap mistakes? You have to be more specific man!

… while others have more accommodatingly chalked it up to business as usual.

McGuire on Tryamkin contract: These things happen all the time. I don't think it's a big deal at all

Without much to go on, we’ll assume both Daniel Sedin and Sven Baertschi are playing tonight. Both Jacob Markstrom and Ryan Miller have been excellent in their most recent games, so Willie Desjardins should feel confident in at least one area of his team’s game.

Miller will get the start tonight.

The Nashville Predators are making a push for a better position in the playoffs while the Canucks seem to be trending in the opposite direction, gunning for a shot at lottery pick Auston Matthews.

This could make for a grisly scene tonight at the Bridgestone Arena.

I’ll give the Canucks their first goal in 4 games, but that’s about it. Predators win 3-1.