For the first time all season, the Canucks are riding a three-game win streak and as they visit Edmonton for the final game at Rexall Place.

Edmonton will move into a brand new downtown arena for next season.

The Oilers come into the game having lost three in a row, and five of their last six games.

1. What’s up with Andrey Pedan?

For some inexplicable reason, Willie Desjardins has been playing Andrey Pedan as a forward over the last couple of games to fill the void left by injuries to Linden Vey, Sven Baertschi, and Chris Higgins.

Because that makes a lot of sense for a team that seems to have major issues playing defence. Especially generating offence from the back-end.

Although some seem to think this is normal procedure:

Yes okay. But on a team that employs Matt Bartkowski, Luca Sbisa, and Alex Biega, you should probably be trying out the kids to see if they can actually contribute. Especially considering these remaining games don’t actually mean squat.

And especially because Pedan is going to require waivers next season, so you should probably use this time to determine is you’ve got something with him instead of playing him out of position. 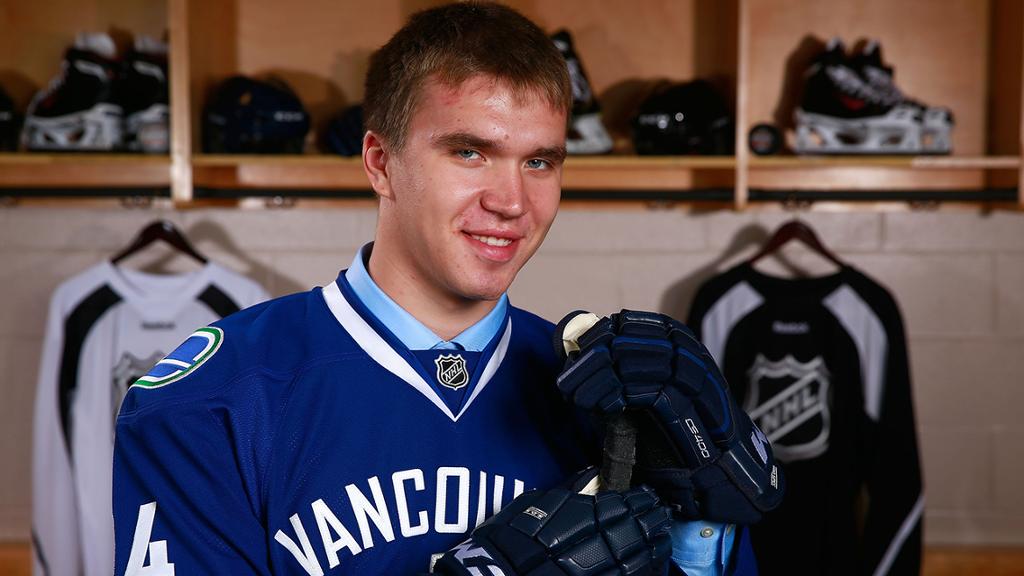 But seriously, this is going to be a huge test for the Big Man in what has been a series of tests over the past weeks. Personally, I can’t wait to see how Tryamkin handles the pressure the Edmonton kids are going to pour on.

In a game that is likely to be slightly unwatchable, this will definitely be a must-see event of the night.

So the Canucks won’t have the best shot at drafting Auston Matthews thanks to their late-season winning streak. It sucks but it’s still nice to see a couple of wins before the long summer starts.

Vancouver still has three games left to make up some ground (lose some ground?) against two teams they are directly competing with for the first overall pick. Granted, those teams have been deplorable this season but there is still hope.

There has been a lot of talk recently regarding the fans desire to see the team lose. This was amplified thanks to Elliotte Friedman’s recent tweet:

VAN sweeps ANA, SJ & LA, and all I see on Twitter are angry Canuck fans. What a world.

Is it right that some Canuck fans are actively cheering for their team to lose?

Of course it isn’t. But until the National Hockey League alters their ridiculous draft system that rewards constant failure (EDMONTON), the fans don’t have a choice and are going to be divided between winning and losing.

The worst part is the animosity between both factions. Both sides have their valid arguments and there is no point fighting about who is right. Just leave it at that and enjoy the last couple of games while you can.

It’s slim pickings once again for the Canucks. Derek Dorsett missed practice, attending the birth of his son. Presumably, he’ll be back alongside Bo Horvat and Emerson Etem.

Jacob Markstrom will get the start.

The Edmonton Oilers are deplorable, will probably end up in 30th place, and have the best chance to draft at first overall. AGAIN.

Yet, this game is hard to predict because the Oilers managed to dig deeper into rock bottom after their embarrassing 5-0 loss to the Flames on Saturday. I’m feeling like the Canucks will probably be feeling a little too good about themselves while the Oilers have something to prove to their coach. At the very least, to avoid another bag-skate.

The Oilers win the last game at Rexall Place, 4-2.