The Vancouver Canucks current season will mercifully come to a close as the Edmonton Oilers visit Rogers Arena this evening. For many reasons, this has been an incredibly disappointing season for the Canucks, but the on-ice pain at least ends tonight.

In an effort to shut up #TeamTank following a brief three-game winning streak, the Canucks dutifully allowed a whopping 13 goals in two games to fellow bottom-dwellers Edmonton and Calgary in consecutive evenings.

Such a weird time to be a Canucks fan if you're #TeamTank. Flames score, immediately think "ok good" then think "6-3 to the FLAMES? Ugh".

After the Columbus Blue Jackets beat the Buffalo Sabres 4-1 last night, the Canucks are in sole posession of 28th-place in the NHL. That translates to 11.5% chance of receiving the first overall pick in the NHL Entry Draft Lottery, which is set to take place on April 30th.

In their final game at Rexall Place, the Edmonton Oilers lambasted the Canucks, winning 6-2. With seemingly every past player, manager, and janitor in the building, Vancouver rolled over and gave the home crowd something to cheer for. Perhaps a small measure of revenge is in store tonight.

Of course Bo Horvat was gracious, even in agonizing defeat.

Awesome experience playing in the final game at Rexall Place last night. Honored to be a part of it #RexallMemories pic.twitter.com/aUbXyeW8mJ

After Thursday night’s debacle, the Calgary Flames are out of reach in 26th place with 2 more points than Vancouver and 6 more regulation/overtime wins. Both the Toronto Maple Leafs and aforementioned Oilers won’t be able to catch the Canucks regardless of the outcomes tonight.

One team has locked horns with the Canucks over the 28th place in the league. The Columbus Blue Jackets are just one point up on Vancouver in addition to having one more regulation/overtime win.

Some more good news: if the Blue Jackets win tomorrow, the Canucks game will become inconsequential and everyone can cheer for a win again!

Should the Blue Jackets win in any fashion tomorrow, the Canucks will have the 3rd best odds at selecting 1st overall at the Entry Draft in Buffalo this summer.

Take a spin on the Draft Simulator and see what happens! 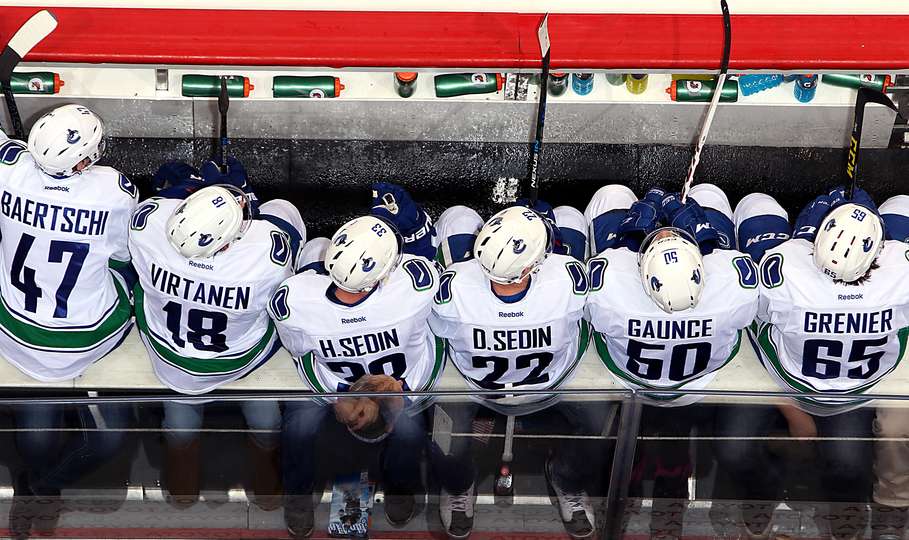 Trying to diagnose this season isn’t easy. A number of symptoms led to the demise of the 2015-16 Canucks and attempting to identify each and every indicator would prove difficult.

Regardless of what rationale you settle on, this campaign will end as the Canucks’ worst full regular season since 1998-1999. Barring unforeseen circumstances this evening, Vancouver will finish the season with the worst goal differential in the league (-53), the second worst goals for (187), and the worst home record in the league (14-21-5).

So, all told, it hasn’t been pretty. Perhaps a top five draft pick will make it all better… or not.

Next year Canucks going to have a horrible D core, Miller one year older and no Rollie. #teamtank could easily be more than a 1 yr thing 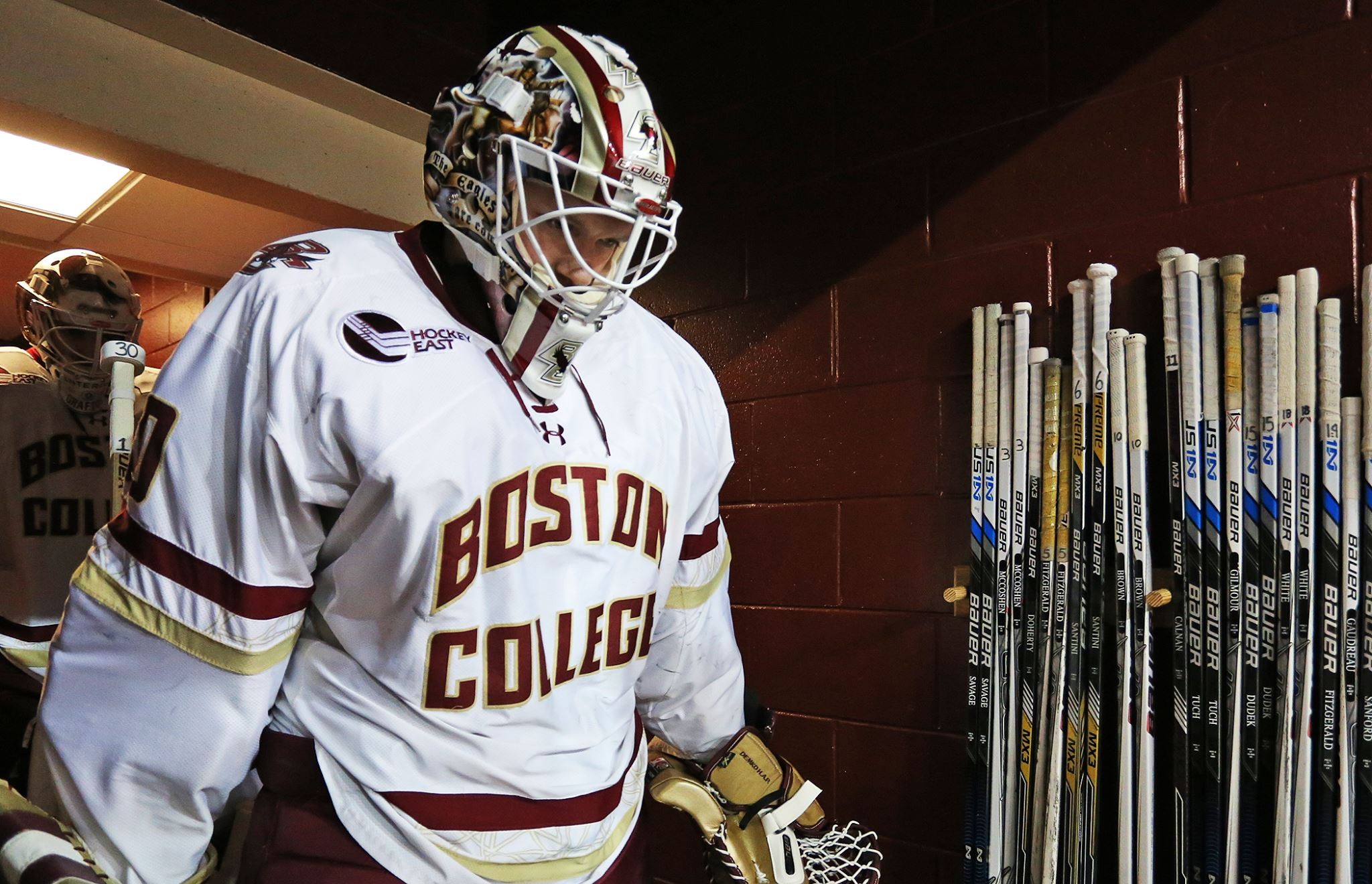 While Thatcher Demko missed out on the Hobey Baker Award won by Harvard’s Jimmy Vesey, the Boston College junior didn’t leave the NCAA hockey awards without hardware. One day after being knocked out of the Frozen Four, Demko was named the NCAA’s top goaltender and received the Mike Richter Award.

With BC losing to Q-Pac in FF, expect VAN to make major push to get Hobey Baker nominee G Thatcher Demko to turn pro.

Demko started 39 games, registering a 1.88 GAA, a .935 SV%, an impressive 27-8-4 record, and a league-leading 10 shutouts. You can bet the Canucks organization will be making a serious push to sign the 2014 2nd round pick in the coming days and weeks.

While Demko’s Boston College Eagles were sent packing by number one ranked Quinnipiac, Brock Boeser and the University of North Dakota dispatched Denver and will play in the NCAA Championship this evening (5:00pm on TSN2).

Boeser picked up 2 assists in the semifinal win, including a helper on the eventual game winner from Nick Schmaltz.

Alex Burrows, who may be playing his last game as a Canuck tonight, will be back on a line with Henrik and Daniel Sedin.

I’m operating on the premise that the Columbus Blue Jackets will finish off their season in fine fashion and beat the Chicago Blackhawks before the puck even drops in Vancouver. That way, I can guiltlessly predict a Canucks win for the first time in a long time. I think the Canucks will take this one by a score of 3-1.