It’s desperate times for the Vancouver Canucks as they visit the MTS Centre in Winnipeg looking to snap a four-game losing streak. 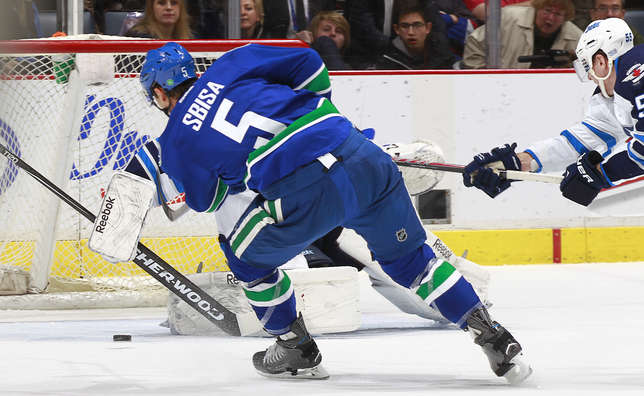 Losers of their past four games, the Canucks don’t look anything like a team that’s even trying to dig their way out of this flaming pile of hot garbage. When Daniel Sedin can’t even find the good in something, then you know you have some serious issues to figure out.

As the schedule roles along to its final games, the Canucks will be seeing a few more playoff teams than bottom-feeders which will likely only add to their misery. But that’s a story for another day.

In their final meeting of the season against the Jets, Vancouver will be, at the very least, looking to do something they have failed to do over their past two games: score a goal.

But, if scoring a goal is going to happen, then it’s most likely going to be against the Jets who are currently renting the basement suite owned by the Edmonton Oilers.

The Jets have traded their captain and are winless in their last three games. Blake Wheeler is leading the way for them offensively, with 63 points (19-44-63) in 72 games.

Interestingly, their goaltending duties have been split almost evenly between three players: Michael Hutchinson (27 games), Ondrej Pavelec (26), and Connor Hellebuyck (26). Hellebuyck has the best numbers of the three of them, but is currently in the AHL.

I guess tanking is a competitive industry…

I know the 2015-16 is a complete loss anyways, but the injuries just keep piling up for the Canucks. Sometimes I wonder what the season would have been like if they had an iota of luck on the injury front.

I probably shouldn’t go there.

All three players have missed a considerable amount of playing time this season so seeing that they have been shutdown for the year doesn’t come as much of a surprise to most fans. Brandon Sutter has only played 20 games this season while Alex Edler got into 52. Radim Vrbata just forgot to show up to a bunch.

If this is the end of Vrbata in Vancouver, it will be the end of a truly weird run.

We had a good run old boy. You can rest now. You did good work. pic.twitter.com/1RdWkyw6kx

Losing Sutter, Edler, and Vrbata sucks. No one is disputing that. But it does open the window of opportunity a little wider for some of the younger Canucks to make an impression before the season is over.

Safe to say we have seen the last of Higgins in Utica. Same for Gaunce or Grenier until Van’s season ends. https://t.co/9Ul25fwlFf

For Brendan Gaunce and Alexandre Grenier, this is their chance to show the coaching staff that they are more than a training camp afterthought, especially for Grenier who kind of flamed out playing on the top line with the Sedins. Gaunce has had more of a realistic assignment, but still hasn’t been able to show that he belongs on the Canucks as anything more than a call-up.

Realistically, both of these players need to play in the bottom-six over the next 11 games to demonstrate what they can do to help the team. That’s not a bad thing though, as bottom-six is their career trajectory anyway.

That’s not saying they can eventually move their way up the depth chart. But if they want to break into the league on a full-time basis, it’s becoming increasingly clear that it’s going to have to happen playing in a defence-first environment. 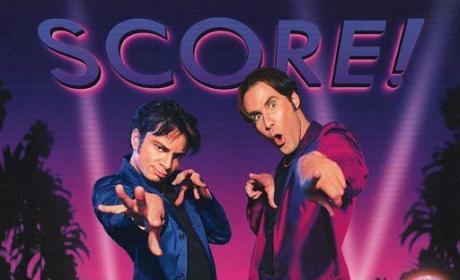 The Vancouver Canucks have to score eventually right?

Well based on their effort against the St. Louis Blues, that just doesn’t seem likely. Their scoring fate appears more doomed than Beavis’… 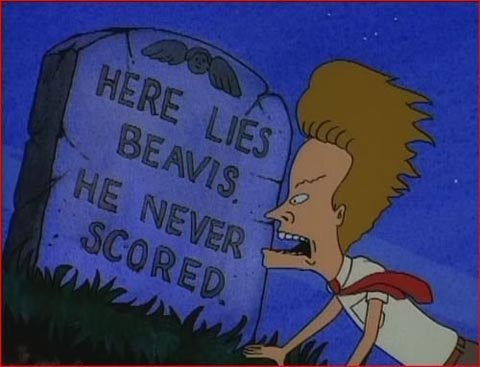 However, will Daniel Sedin’s verbal kick in the ass be what the Canucks need to actually compete in a hockey game? I would suggest that yes it probably is. The last thing that any of the young kids on the Canucks want to do is upset their mentors who have been nothing but amazing for them over the year. Will it be enough goals to win the game?

More importantly though, I just used a Beavis & Butthead AND A Night at the Roxbury references in one storyline. This part of the Game Preview was never actually going to be about hockey.

Ah one more just because I can:

Little did we know that it will be vintage night for the Canucks as Alex Burrows finds himself back on the top line with Daniel and Henrik. Sven Baertschi and Bo Horvat remain together along with Jake Virtanen. Anyone else notice that Horvat stopped being an offensive threat after he was moved away from Baertschi?

I would have never split up Baertschi and Horvat in the first place. Glad they were reunited last game. #Canucks https://t.co/Jc32kdKCxp

I think the Canucks storm into the MTS Centre and actually show up as a team, but ultimately it won’t be enough as the Winnipeg Jets earn the 3-1 victory.

With the way the Toronto Maple Leafs and Edmonton Oilers have been playing (well?), the first overall pick dream lives on.

The Leafs might be the only team in hockey who could sabatoge their roster and become significantly better. What a wild, wild ride.