The Vancouver Canucks are back in action Monday night and looking to do something they’ve yet to accomplish this season: win three straight hockey games. 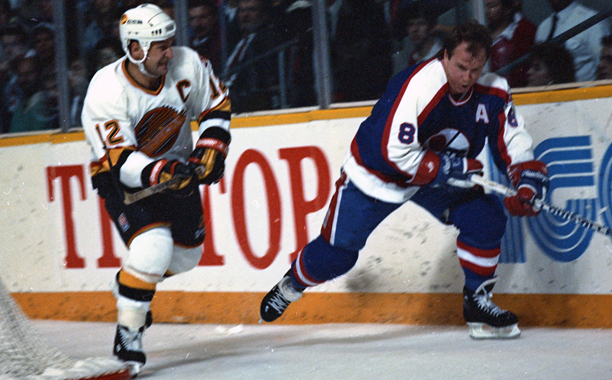 Here’s a little secret: the Winnipeg Jets aren’t that good of a hockey team.

It’s hard to blame them though as, knowing full well they weren’t going to make the playoffs this season, recently jettisoned (pun totally intended) Andrew Ladd their captain, soon-to-be unrestricted free agent, and diminishing asset at the trade deadline with an eye towards the future.

Add that to the injuries to Bryan Little and Nikolaj Ehlers and the Jets are going to be inconsistent at best over the final stretch. It’s not exactly reaching to suggest the Canucks can overcome this challenge and finally win their third straight game.

With the way that Vancouver played the Predators on Saturday, there probably won’t need to be a lot of adjustments needed to take out the Jets.

Bo Horvat says the Vancouver Canucks aren't out of the playoff race just yet. https://t.co/qzgAu3PE6b pic.twitter.com/SYpIGCmh22

Except they kind of are…

At the end of the day, you really can’t blame Bo Horvat for saying this on a national broadcast. Despite the fact he’s only 20-years-old (going on 47), Bo has made huge strides this year on the leadership front. It helps when your team is littered with rookies and players new to the organization.

If my calculations are correct (they’re not), the Canucks have about a 0.00% of making the playoffs this season. However, the last thing that Horvat is going to do is publicly give up.

He doesn’t play for the Edmonton Oilers.

Still, although the Canucks are maintaining a valiant attitude about the remaining games this season, it will ultimately hurt them in the long run as pride will once again get in the way of a top three draft pick.

Get used to the thought of the Canucks picking between 7 and 10.

So where does that leave the fans?

Just try to enjoy the games while you can, even if you are on Team Tank and are here for the losses. Before long it will be the middle of July and there won’t be a trace of hockey in sight. 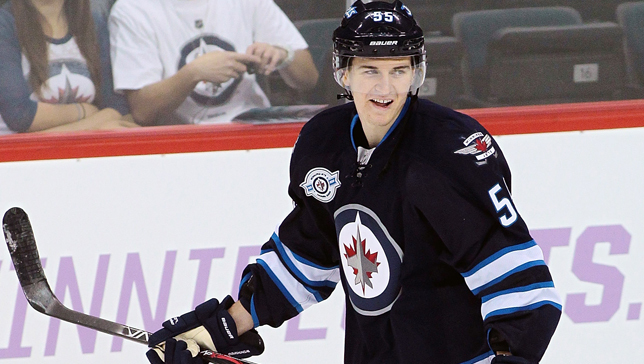 So, Mark Scheifele has been rather good over the last few games.

Scheifele is currently riding a seven-game point streak in which he has notched seven goals and four assists, including a hat trick against the Montreal Canadiens last Saturday.

However, it’s not just his offence that is coming along. Here’s what Paul Maurice had to say about the young centre following the Jets’ recent victory over the Colorado Avalanche:

“We’ve talked about Mark Scheifele for about three weeks because he’s scoring all these points,” said Maurice. “That was his finest game in the last three weeks regardless of the hat trick [on March 5] or any of the other games. He played a fantastic game down low, hard game down low. And then scores the goal. That’s as good a game as I’ve seen Mark play in a long, long time.”

So he’s scoring and learning to play a good defensive game? Great.

Most young players on a point streak eventually hit a wall. If Scheifele can avoid that for at least one more night, I’m sure the Canucks are going to have a hell of a time trying to stop him.

3. McCann on the Wing

I’m starting to wonder about the possibility of Jared McCann moving over to the wing.

Maybe not with the long-term goal of converting him to a winger for the rest of his career, but at least in the short-term because when everyone is healthy, there is a bit of a logjam happening down the middle.

Next season, the Canucks will have Henrik Sedin, Bo Horvat, Brandon Sutter, and probably Linden Vey. At least for five or so games before one of them gets injured.

Is it in McCann’s best interest to move over to the wing? Or does it make more sense to send him to Utica to learn how to play centre professionally before getting another crack at the NHL?

I don’t know the answer myself, but it’s something to think about because he didn’t look half bad out there on the wing with Linden Vey and Emerson Etem against the Predators.

Alex Burrows will sit this one out with an injury, with the recently called up Alex Grenier taking his place. Jannik Hansen and Chris Tanev were both at practice this morning, although Hansen isn’t ready to return yet and Tanev is still a game time decision.

Tanev confirmed he can not confirm whether he plays tonight or not. He wants to talk it over with coach Desjardins.

Sadly, I believe the Vancouver Canucks are going to continue digging their own graves by beating the Winnipeg Jets by a score of 3-1.