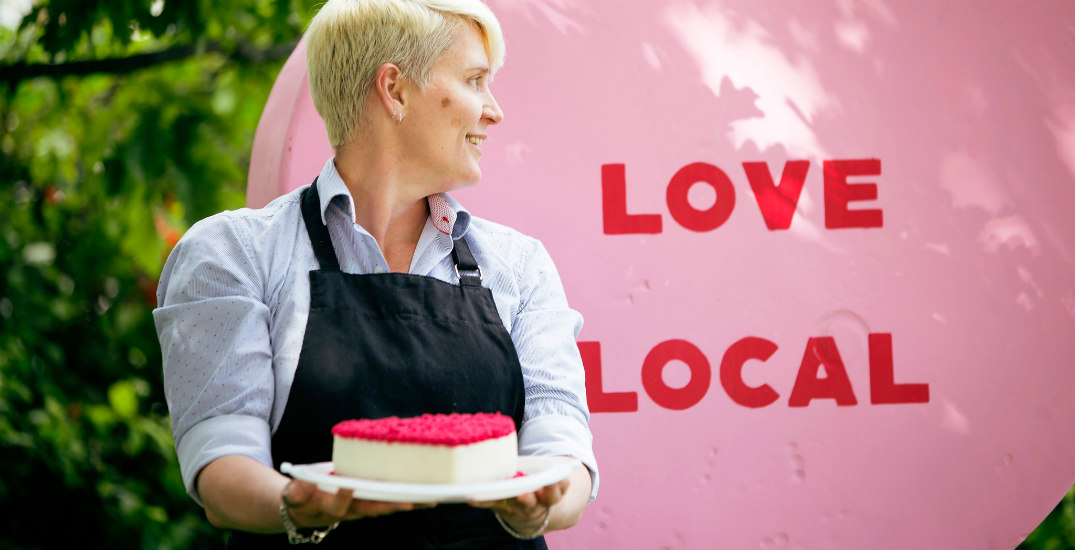 Every pet parent has experienced ‘the look’ their dog gives them when they’re eating human food, especially when it’s cake, cookies, or brownies you know your four-legged friend can’t eat.

But what if you could get dog food as wholesome as the food you eat, that even looks like it, too? Real talk: you can — at The Great Canadian Dog Cakes. The Vancouver-based small business, founded by married couple Natasha and Olga Vernev, provides high-quality dog food and treats, including birthday cakes.

“Our core concept is that dog food should be as good as human food, and that was the longest part of the preparatory work,” Olga, a former journalist and illustrator, tells Daily Hive. “You can literally taste each product yourself, and [you’ll] be surprised how much it looks like human food, just without salt, sugar, and spices.”

Natasha, the former owner of a large distribution company that supplied dairy products to the East Siberian region, spent several months in the kitchen experimenting with the various ingredients allowed for dogs. And together, they decided to abandon ready-made frosting mixtures and artificial colours in pursuit of fresh, local ingredients. 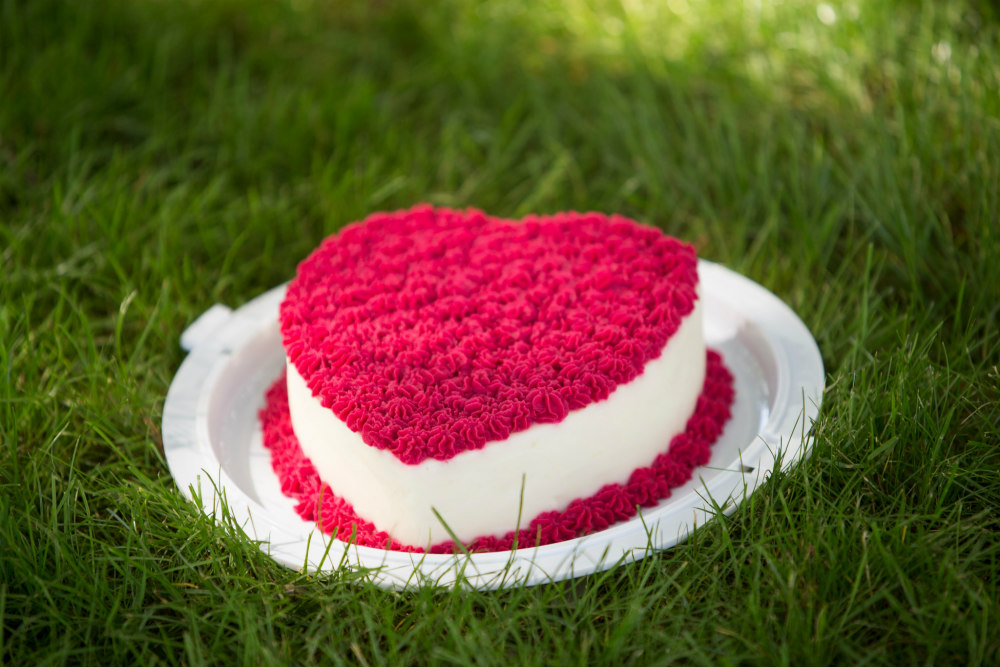 In 2014, the couple left Russia due to the persecution of people in the LGBTQ+ community, Olga shares. “We spent three years in Southeast Asia awaiting a decision on our refugee case, and finally arrived in Canada in 2017 with the help of Vancouver’s organization, Rainbow Refugee.”

Olga notes that immigration deprived her and Natasha of everything they owned before, except their Scottish terrier Spielberg, who came “all this way” with them. Since they arrived in Canada, they started from scratch, not knowing English and “having a very vague idea” of their future.

When they lived in Cambodia, the couple had a successful vegetarian restaurant for a short time and wanted to apply their knowledge here in Canada. “But the outbreak of the pandemic made these plans unrealizable,” says Olga, so they decided to use the resources that could be available to them.

Last fall, she registered on the Futurpreneur website to see the terms of the program and did not expect business development manager Mina Haghighi would call her the next day. When Olga told her she wasn’t sure if she was suitable for the program, Haghighi explained in detail the support Futurpreneur offers — from loan conditions to consultations and mentoring.

It’s the only national non-profit organization that provides financing, mentorship, and resources to aspiring business owners aged between 18 and 39. “I didn’t believe that we would be able to get a loan for the development of a small business; in fact, we had nothing to present to the bank except for a business plan,” says Olga.

But Futurpreneur “believed in us,” she notes. After that pivotal first call with Haghighi, she phoned Natasha and said “we are definitely opening a dog bakery.” The Great Canadian Dog Cakes was born months later, and now, the team has already provided treats for two “unforgettable” dog weddings. 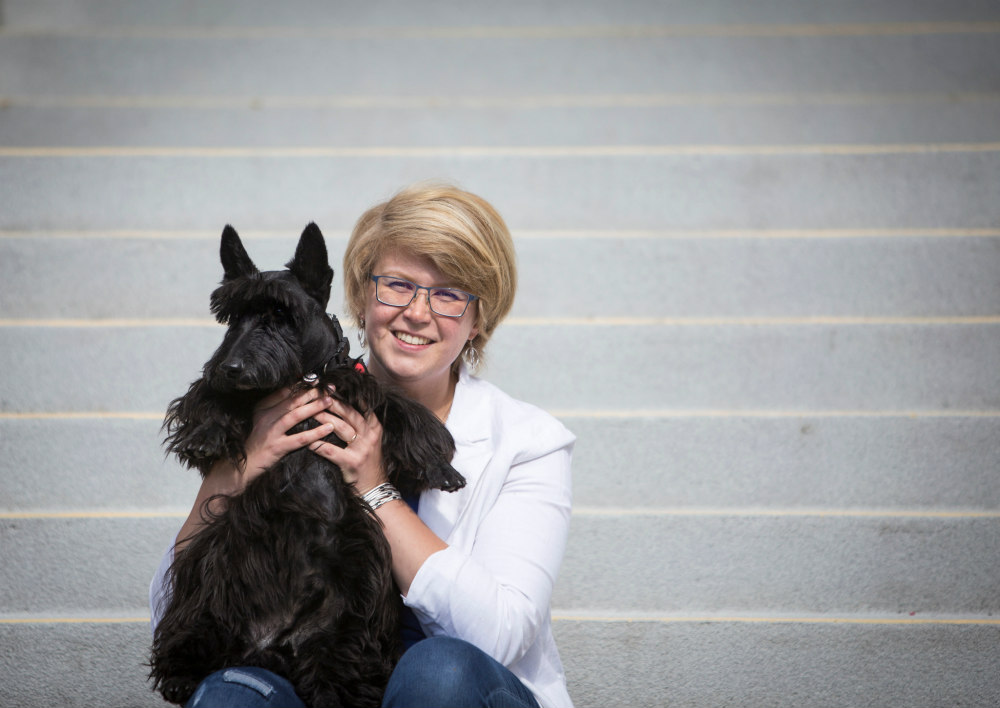 Olga says the couple prepared homemade food and treats for Spielberg for many years. “He travelled with us from country to country, and due to the constant change of food brands, he got a sore stomach and allergies. So, we devoted a lot of time to the study of proper home nutrition for dogs.”

When Natasha baked cookies for Spielberg during the long days of the pandemic lockdown, Olga says she stared at the ingredients and dishes laid out on the wooden table. “‘Look, I said, it looks like a finished food photo for a magazine — burgundy minced meat in a white bowl, orange yolks in a white pile of flour, and spinach leaves.'”

Natasha had an idea then that sparked all the inspiration they needed for their future small business. “‘What if we cook not for humans, but for dogs?'” She then asked Olga to take some photos to check the aesthetics, and the idea flourished.

From there, Natasha took basic ingredients sourced locally — potatoes, yogurt, and broth — and mixed them in different proportions until the perfect frosting — that can be coloured with juice squeezed from vegetables — emerged. She also reinvented the known cookie and muffin recipes by adding more natural meat to make them more appealing to dogs. 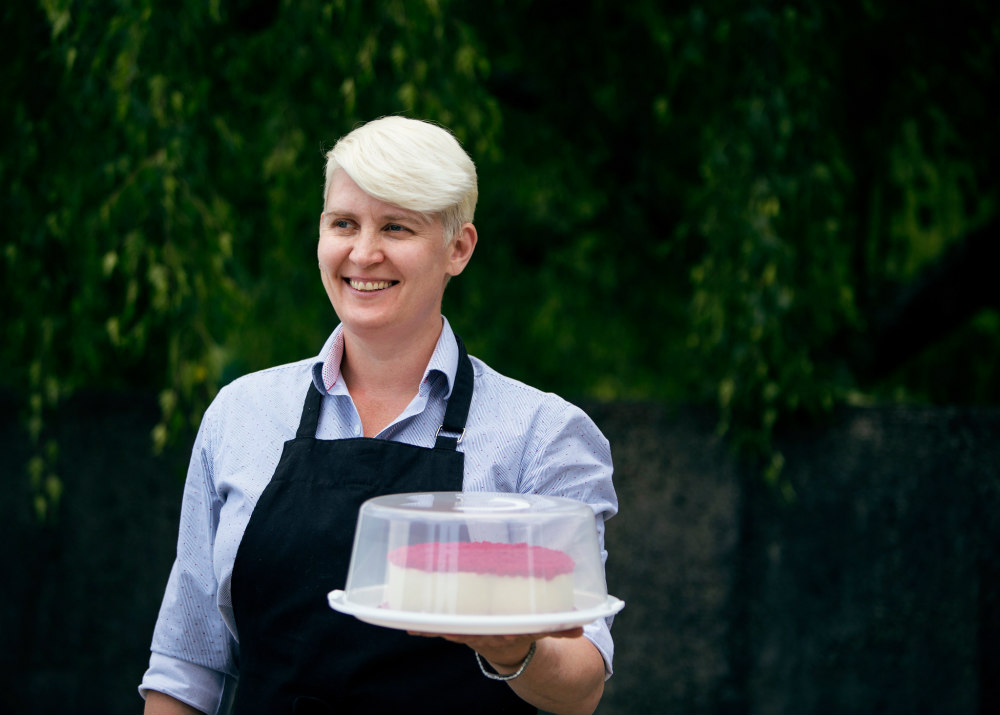 Reflecting on working with Futurpreneur, Olga says, “We didn’t have a lot of money in our accounts, real estate, not even a car.” Despite this, Haghighi assisted the couple with queries and paperwork, and the organization connected them with a business mentor.

Olga describes the organization as “very supportive” with dedicated professionals. “Working with them is one of our best experiences in Canada,” she says.

To aspiring entrepreneurs who may be unsure of the first steps to take in their business, she offers some advice. “I believe that if an idea comes to you, then you definitely have enough potential to realize it. And if you start looking for opportunities to do this, you will probably be surprised by the result. Please try to be optimistic and never despair. Yes, sometimes it can be difficult, but this is the only way to move forward.”

What’s next for The Great Canadian Dog Cakes? While Olga and Natasha are “enjoying this new challenge,” they plan to launch a local line of healthy dog food in the future. “But for now, in our imagination, the business should move in this direction,” adds Olga.

In over 25 years, Futurpreneur’s support has helped more than 14,000 young Canadian entrepreneurs from coast to coast to successfully launch their businesses. To turn your idea into a real business like Olga and Natasha Vernev have, visit futurpreneur.ca.