Although unusual in Metro Vancouver, a funnel cloud was spotted yesterday over Burnaby. The rare occurrence was likely created when yesterday’s cold, dry arctic air front collided with the region’s warmer, moist air.

No cumulonimbus clouds or phenomenon associated with severe thunderstorms were recorded. Unlike the conditions that create the twisters along Tornado Alley, cold-air funnels are often associated with partly cloudy skies with tall cumulus clouds that do not have sufficient moisture to produce precipitation.

While they are generally much weaker and short-lived than the vortices produced by cumulonimbus clouds, cold-air funnels can still produce damage if ground contact is made, becoming tornadoes or waterspouts. The cold-air funnel phenomenon is most common along the Canadian and American Pacific Coast during the fall and spring months. 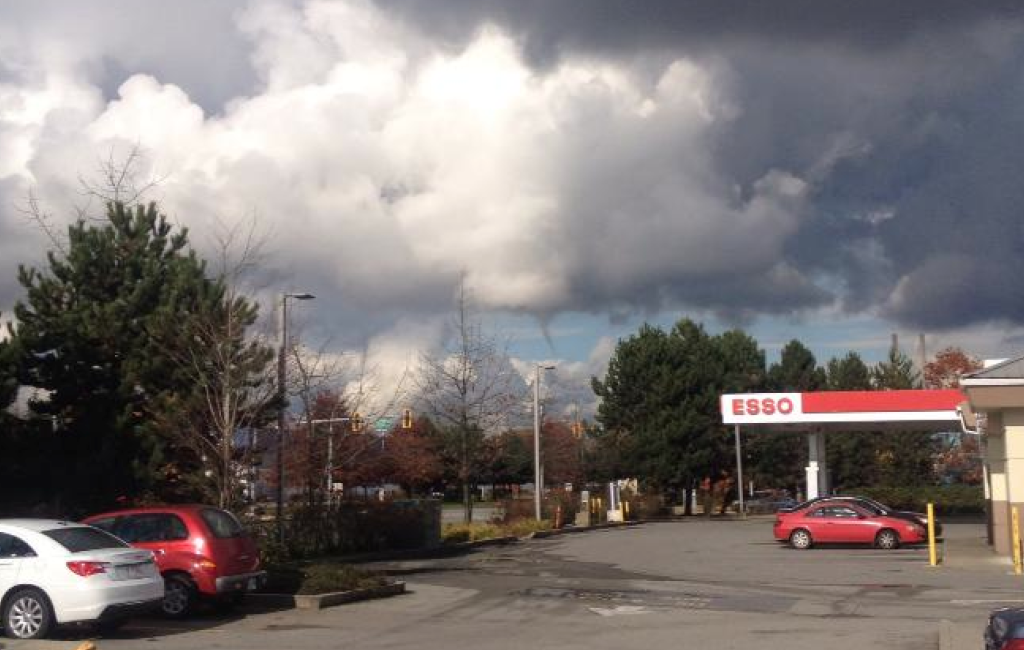