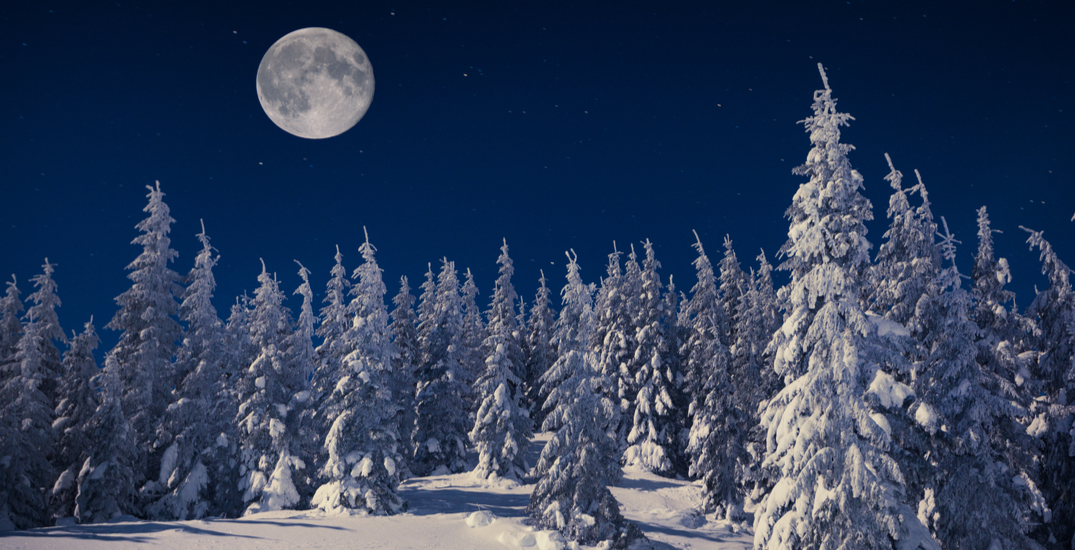 Bundle up, Canada: an icy moon will illuminate skies across the country this month.

According to the Old Farmers’ Almanac, a full Cold Moon will rise on Saturday, December 18, reaching peak illumination at 11:37 pm EST that night.

The Almanac advises looking for the heavenly body just before sunset on the 18th as it begins to peek above the horizon.

December’s frigid moon has a particularly high trajectory across the sky, meaning that it will sit above the horizon, and therefore be visible, for longer than other full moons.

December’s full moon earned its name due to the frigid conditions its rise coincides with.

The Cold Moon is also known by several other chilly monikers, including the Snow Moon, the Winter Maker Moon, and the Frost Exploding Trees Moon.

It has also been called the Long Night Moon due to its proximity to the “longest” night of the year: the winter solstice.

Check out the Old Farmer’s Almanac to see when December’s full Cold Moon will be visible in your area. Happy moongazing!