It’s been almost exactly two years since Frozen swept the field, revitalizing Disney’s dominance over the fairy tale genre and its lucrative merchandising tie-ins. Frozen kicked off a worldwide phenomenon and Disney has been busy churning out related products, from a rinse-and-repeat animated short to a Broadway adaptation, ever since. Into this saturated landscape comes Frozen on Ice, a branding play that is more about up-selling $15 Olaf snowcones than the actual story itself. 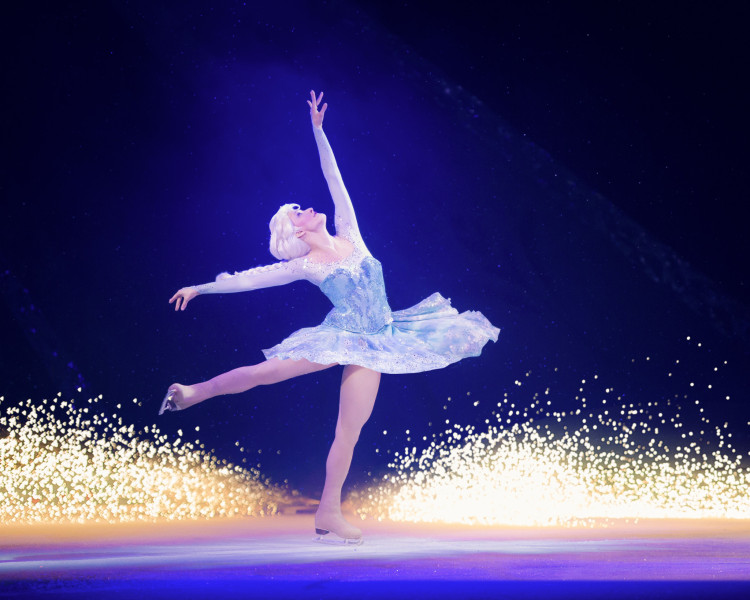 Frozen on Ice, unlike many of Disney’s other skating adaptations, at least makes sense from a setting perspective. The pre-recorded soundtrack and voices, lifted straight from the movie, leaves no room for errors – but also little creative freedom on the part of the performers. All are competent skaters, but let’s face it: Frozen on Ice was never about the skating. The skate-by-numbers adaptation relives Frozen’s big musical hits and mercifully shortens the plot explanations, which was never the movie’s strong suit.

Within the confines of Pacific Coliseum’s ice rink, Frozen on Ice quickly shows off the medium’s limitations. Norwegian-inspired Arendelle, so beautifully rendered and alive in the movie, pales in comparison despite the enthusiasm of ever-cheerful townspeople. And Elsa’s majestic ice palace, the symbol of the young queen’s magical and personal emancipation, is reduced to a moving staircase and some false sparks. 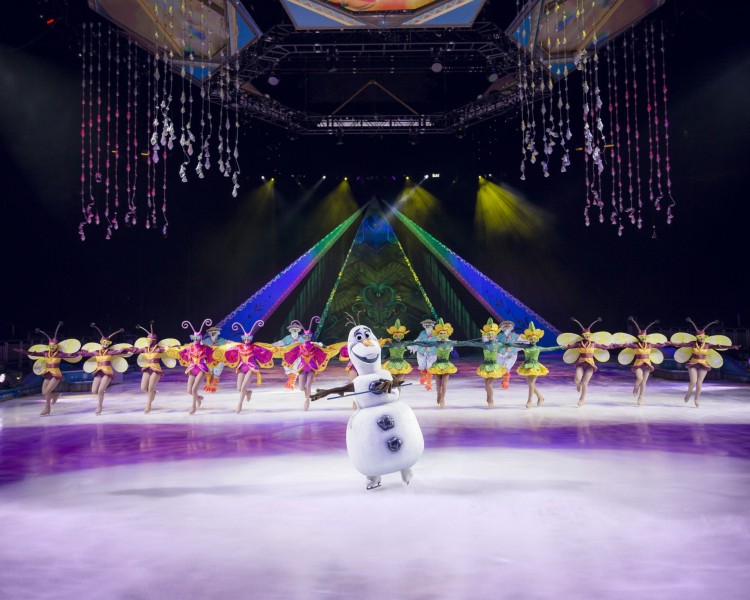 Creatures fare a bit better: Finn’s reindeer and Elsa’s snow monster are both larger-than-life, but Olaf doesn’t make the triple-axel transition so effortlessly. The grin on the costume’s face suffices for the first few minutes, but Olaf’s charm largely comes down to the combination of his expressions and voice acting. Seeing the title’s lively comic relief reduced to an inanimate doll says much about Disney’s goals for this interpretation.

But really, all artistic criticism aside, Frozen on Ice knows its audience well. All kinds of branded merchandise crowded the walkways, from snowcones to colouring books to things that make light and noise. Staffers even walked the aisles with popular items on display to the ultimate convenience of eager children. It may be an expensive night out for the wallet, but until Frozen 2 rolls around, this is as good as we’re going to get.