Heading into the Arts Club Theatre on Opening Night of Avenue Q, I was excited. I’ve wanted to see what I called the adult version of Sesame Street for 10 years since it raked in multiple Tony Awards in 2004. I was looking forward to great songs, lots of laughs and amazing puppetry. I got all of that, and more.

Let me tell you a bit about Avenue Q. It’s a downtrodden street, and the apartments aren’t pristine, but they’re affordable – which appeals to recent college grad and dreamer Princeton (Jeremy Crittenden). He quickly meets the wacky cast of characters who call Avenue Q home – ascerbic superindentant and failed child star Gary Coleman (yes, really!), roomates Nickey and Rod, who both have ‘issues’, the lovely and lovelorn Kate Monster, interracial couple Brian and Christmas Eve, who walk the fine line between love and hate, and Trekkie Monster, whose tastes are definitely questionable but ultimately beneficial. 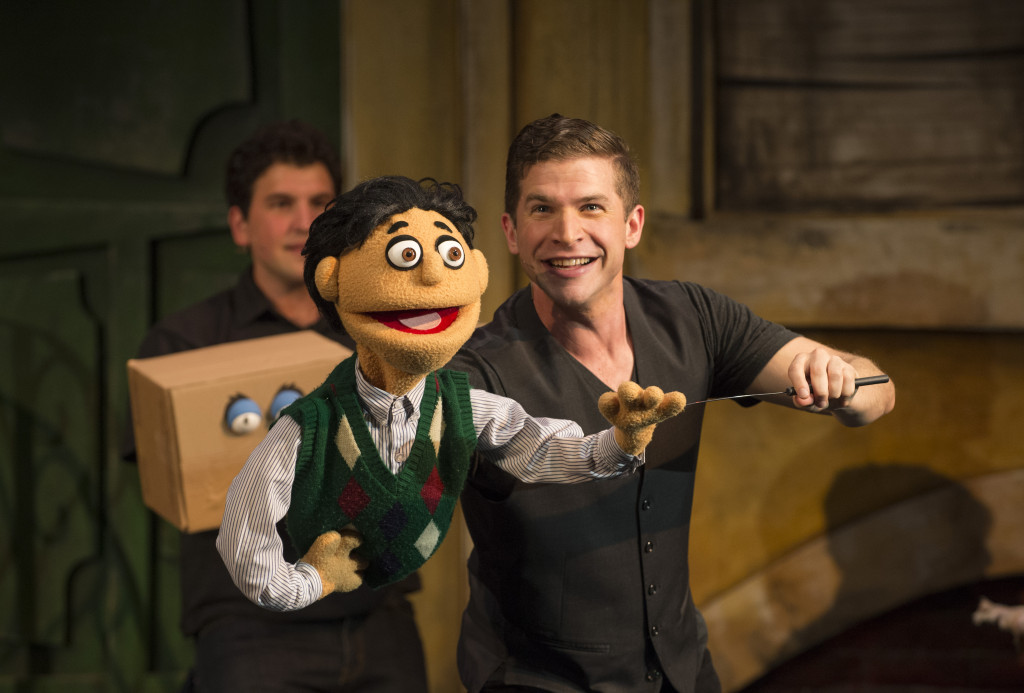 The story unfolds with every plot twist you can imagine – the search for sexual identity and life’s purpose, love lost and found and lost again, homelessness, temptation, porn, and finally, hope. And through it all the cast did what I would have thought impossible – giving each puppet an amazing depth of life and personality, while singing/acting at the same time. I was blown away by how even a subtle movement of the head, or a simple manipulation of the face could result in so many emotions. So awesome, so very HUMAN. And I haven’t even told you about the absolutely outrageous sex scene, which I’ll leave to your imagination!

I’m no expert on Sesame Street, but even I saw parallels between Bert and Ernie, whose sexuality has been questioned for decades now, and Nicky and Rod, whose friendship is tested by Rod’s fear of his own sexual identity. Trekkie Monster looked like Big Bird had morphed into a shag rug and somehow had inherited Cookie Monster’s gravelly voice. And Lucy T. Slut, the temptress who charms the pants off Princeton with a flick of her luscious locks, reminded me of Miss Piggy.

Two characters who were polar opposites really stood out for me – and they were played by the same person. Kayla Dunbar’s Kate Monster was sweet, loving, and hopeful even when crushed by disappointment – while her Lucy T. Slut was manipulative, steamy, and selfish until the penny literally dropped. And it didn’t hurt that she has a fantastic voice. 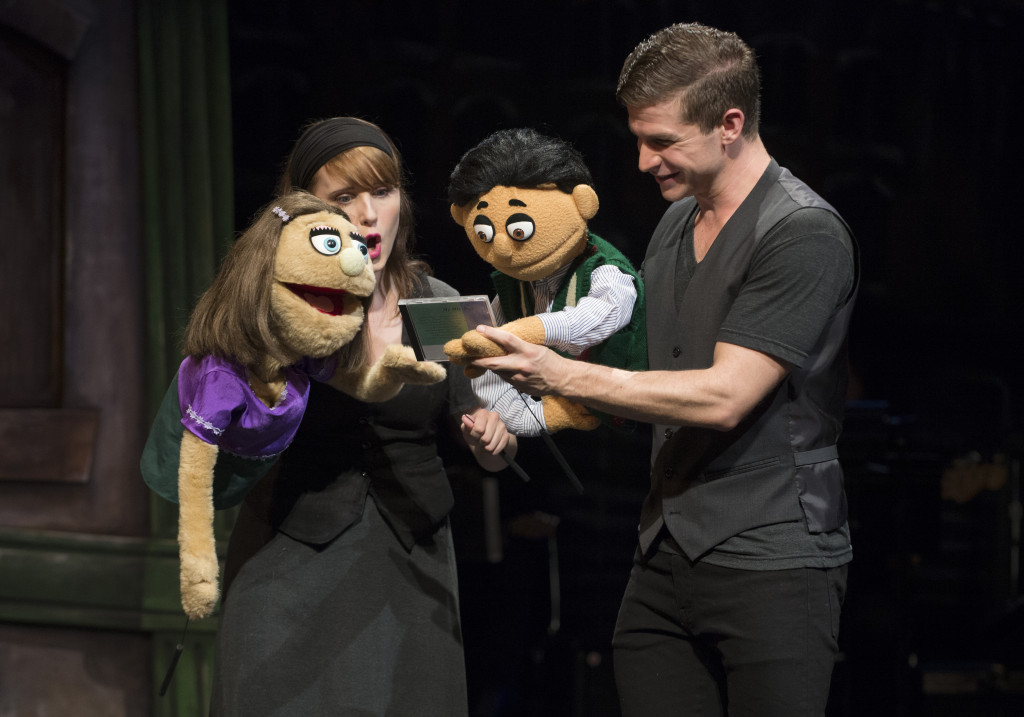 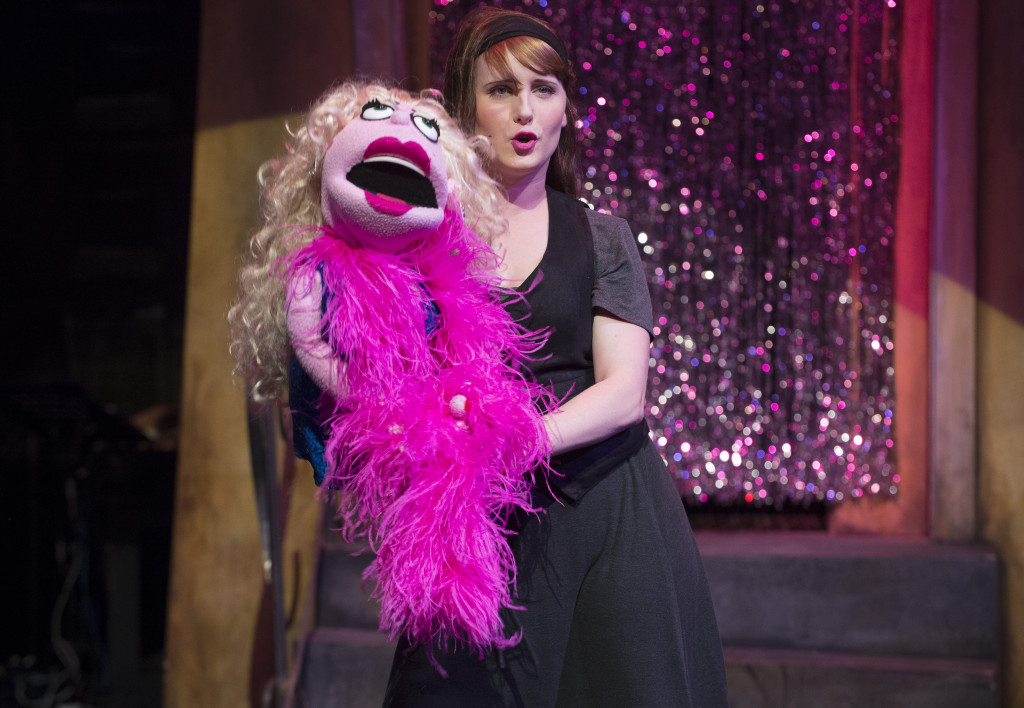 And then I was back on the Avenue Q I came to see. I’m happy I went. It was a great ride. 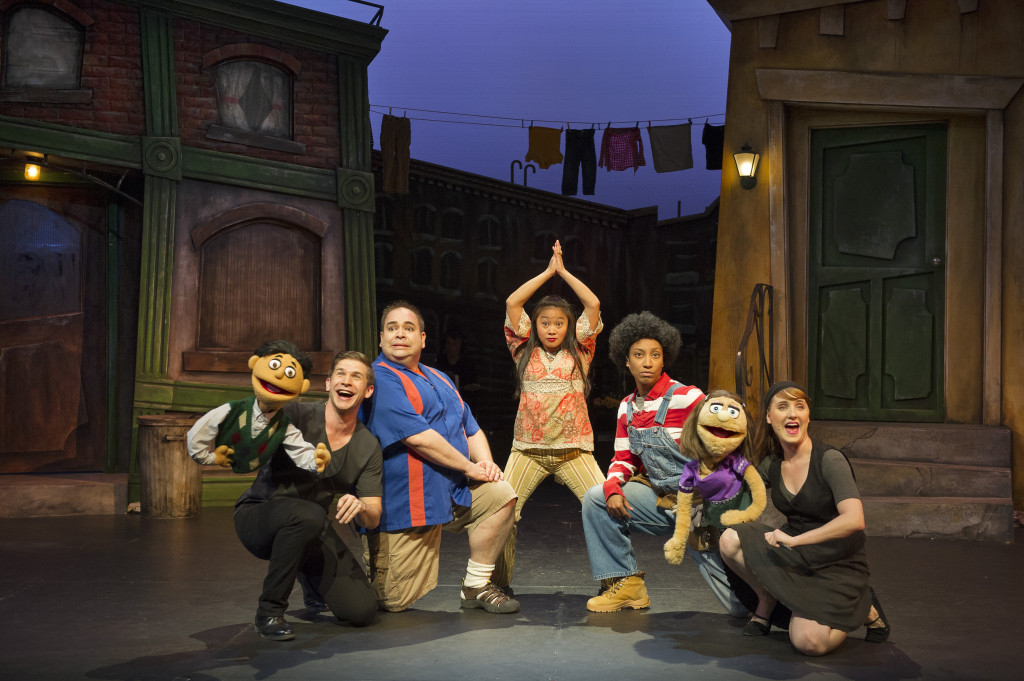