We all need food to survive. And in order to get food, we spend a few hours a week at the grocery store. The good news is that with the evolution of the Canadian Grocery Industry, this is all about to change. And it’s about time.

FRESHRUSH is a Vancouver-based start-up which allows users to shop for groceries on demand at their favourite grocery stores (Safeway, Costco, Whole Foods and more) directly from their smartphone and have their grocery list delivered right to their door – all within one hour. 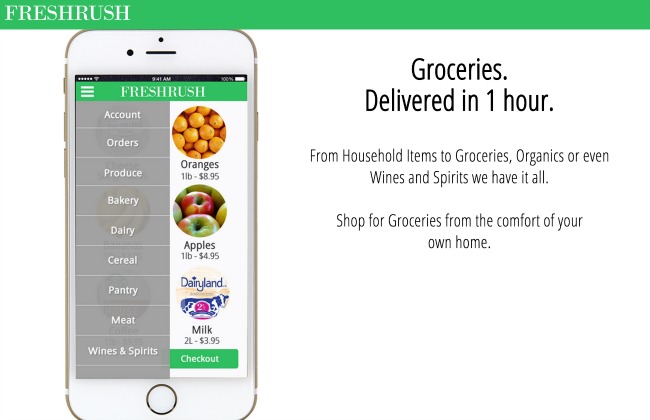 Ali Javon is the CEO and founder of FRESHRUSH, and is confident that the future of the grocery industry is in on demand grocery delivery.

“FRESHRUSH for me is not competing with Grocery Stores. It’s about dominating the market in same day deliveries, and most importantly, it’s about our consumers.”

The mobile based app, soon to be available on Apple’s App Store and Google Play, makes a bold promise of one hour grocery delivery as they launch this August in Vancouver. They even have plans to expand and enter the Seattle and Toronto markets later this year.

“People want things to be instant. With a click or a tap, it has to be there. We are here to save people’s time and make grocery shopping an easier process,” 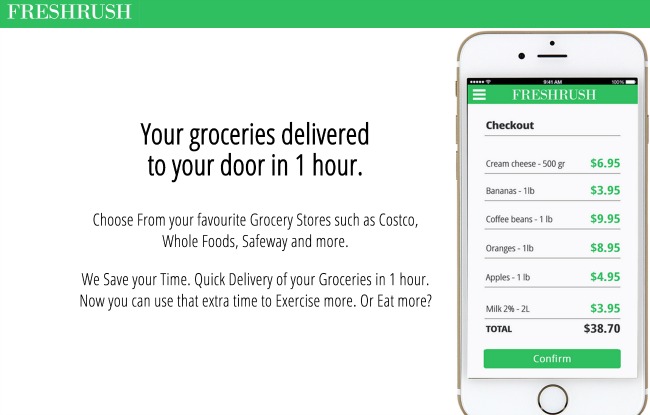 “The grocery industry in Vancouver has been unchanged and virtually there has been no major advances. Consumers want more choices which is where we come in, to fill a gap that no other technology has- to give the consumers the options and convenience that they’ve been looking for. Whether it’s a mother driving home from work busy with the kids, or the University student who does not have a car and wants to shop in Bulk at Costco, we see everyone as a potential user, we save people the time and effort it takes to buy groceries,” Javon says.

Javon makes other statements about the Canadian Grocery Industry and says “the old model is finished, and within the next two years gen X and millennials will not be shopping at the grocery store. It’s a multi billion dollar a year industry, and we are here to service that void in the market. Jim Pattison has tried to implement an online and mobile platform with his grocery brand but they cannot promise a one hour delivery simply due to the fact that it is not feasible for them to deliver in one hour.”

FRESHRUSH’s one-hour guarantee will set themselves miles apart from their competition – and we can only expect local big local grocery brands to be paying attention to what they’re doing.

The app is a division of the Ali Javon Group of Companies Inc. and has three full-time web and mobile developers working towards the launch. 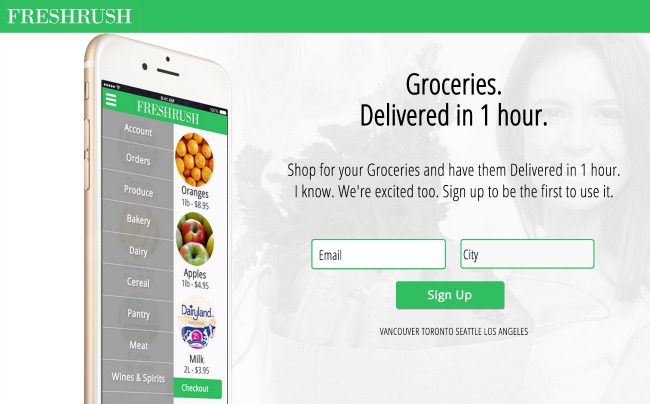 Aside from Vancouver, FRESHRUSH will soon be available in the Toronto, Seattle and Los Angeles markets with a precise strategy to set itself apart from competitors, like Amazon.

FRESHRUSH is committed to providing a new platform for Vancouverites to use to save time and make their lives a little bit easier. How much is an extra hour a day worth to you?

You can sign up to be the first to use FRESHRUSH and also receive a $25 credit through FRESHRUSH.com.