Fresh Local Wild has closed for good, and the truck at Burrard and Hastings has already transformed into a Vera’s Burger Shack.

Josh Wolfe’s food truck at Burrard and Hastings was one of Vancouver’s signature street eats, and a dining destination for tourists and locals alike–thanks in no small part to an appearance on the TV show “Diners, Drive-Ins, and Dives.”

The truck had closed for the season by the end of January, but in mid-March Wolfe posted on social media a farewell from the Fresh Local Wild truck:

“To all our supporters over the years a huge #thankyou! We had a great run and are now moving on. Gracious for all your #support #closed”

It wasn’t long before the truck was taken over by local chain Vera’s Burger Shack; it’s now the only mobile location for Vera’s, and they have been touting it on social media. 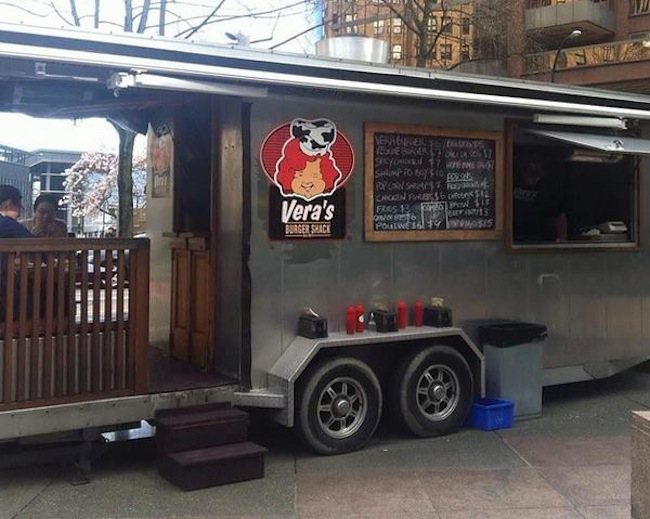 Wolfe has made abrupt exists from Vancouver projects before. In January of 2014, Wolfe left Yaletown’s Good Wolfe restaurant just months after it opened. The restaurant scrambled to reassert itself and adjust the once-eponymous moniker, without sustained success. Good Wolf (minus the “e”) closed earlier this year.

It’s sad to see one of the city’s most-loved food trucks close down, and their food will be missed, including their memorable seafood poutine.