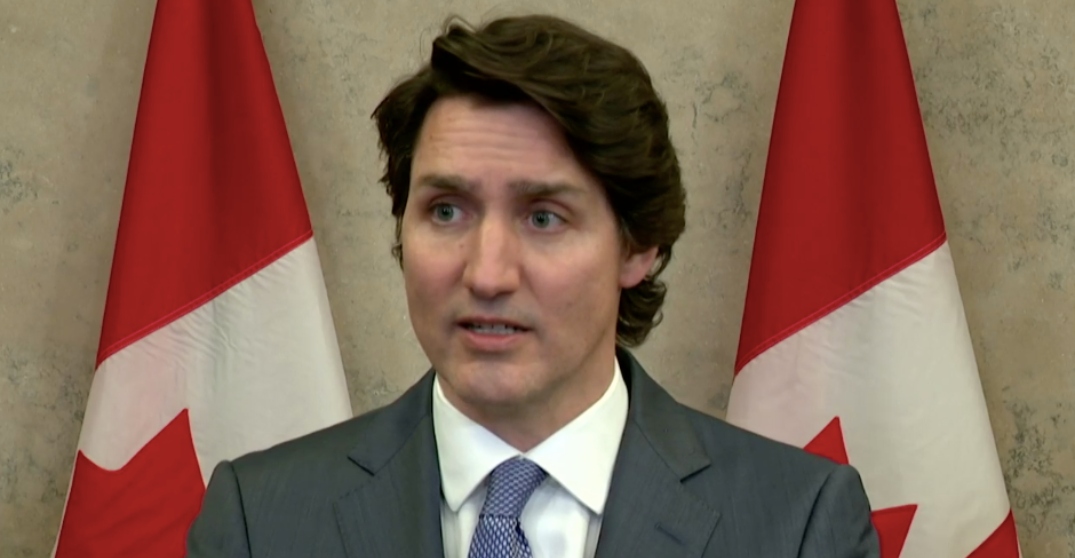 During a Wednesday evening press conference, Trudeau responded to comments about the “Freedom Convoy 2022” — a cross-country protest that is “anti-government mandates,” according to the movement’s Facebook page.

The federal government announced in November that all truckers looking to cross the border from the United States would need to be vaccinated against COVID-19. The US also instituted its own ban on unvaccinated truckers.

The Canadian policy came into effect on January 15, triggering a protest where truckers from across the country are expected to demonstrate outside the Parliament on January 28.

Truckers from across the nation have been trekking towards Ottawa since January 23 and a GoFundMe page has raised close to $6 million to support them.

After calling the convoy a “fringe minority,” Trudeau added that Canadians have “been there for each other” and “know that following the science and stepping up to protect each other is the best way to continue to ensure our freedoms, our rights, our values as a country.”

According to the Prime Minister, “close to 90% of truckers in Canada are vaccinated.”

The Freedom Convoy 2022 Facebook page says the movement is aimed at the government’s mandates and that the protest opposed all vaccine mandates, not just the policy aimed at truck drivers.

“We are a peaceful country that has helped protect nations across the globe from tyrannical governments who oppressed their people, and now it seems it is happening here,” reads the Freedom Convoy GoFundMe page. “We are taking our fight to the doorsteps of our Federal Government and demanding that they cease all mandates against its people.”

Organizers of the protest say extremist voices do not reflect the position of the protesters. “As you know, we are on our way to Ottawa to hold a peaceful protest,” says the organizer Tamara Lich in a video on the group’s Facebook page. “I just want to put it out there that nobody in this convoy will be inciting violence or uttering threats. That is not what we’re here to do.”

Ontario Provincial Police are asking motorists to “plan ahead” and advises citizens to “expect delays” due to traffic disruptions from Thursday through to Saturday.

The Freedom Convoy 2022 demonstration is scheduled to begin on Saturday at noon.