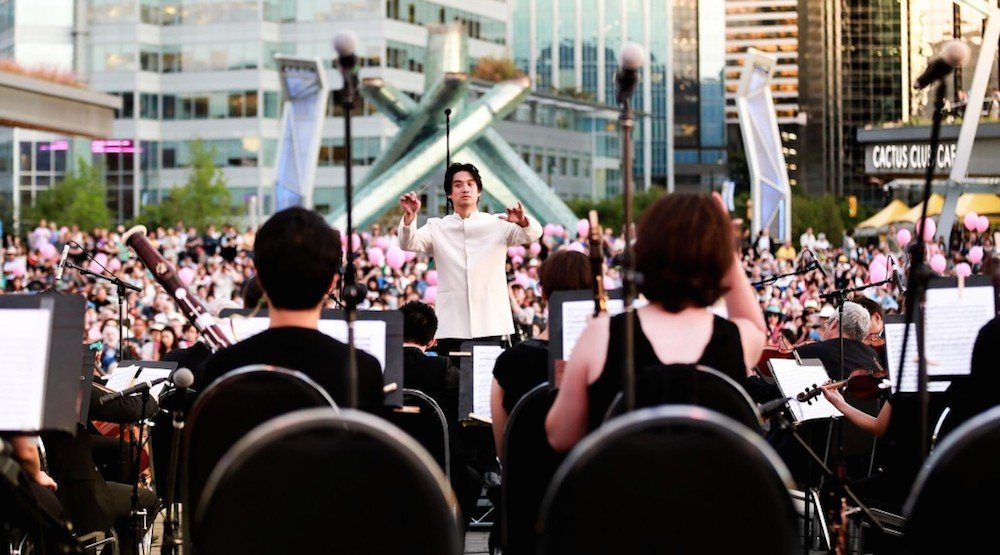 The Vancouver Metropolitan Orchestra will be returning to Jack Poole Plaza at the Vancouver Convention Centre this Thursday, August 4 for its third annual free outdoor Live Symphony Performance.

Over two hours, Maestro Kenneth Hsieh will lead the orchestra in playing a wide variety of both classical and pop culture music such as James Horner’s Titanic themes, John Williams’ Star Wars themes, Disney’s Pirates of the Caribbean, and Tchaikovsky’s epic 1812 Overture.

Thousands are expected to attend the evening event, which includes seating on a first come, first serve basis. For this year, there will even be a beer and wine garden on the Pacific Terrace of the plaza.

The orchestral stage, where the performers will be located, is strategically backdropped by the North Shore Mountains. Currently, the forecast calls for clear skies and relatively warm weather for Thursday evening, although attendees are also encouraged to bring their own blankets for the late-evening chills.

Where: Jack Poole Plaza at the West Building of the Vancouver Convention Centre (1055 Canada Place, Vancouver)