On New Year’s Eve, bus service will be running on regular weekday schedules, with some routes running additional evening and late night trips, in particular those buses that go from transit hubs to adjacent Metro Vancouver communities.

All three SkyTrain line services will be extended by about an hour, as will the SeaBus.

The full New Year’s Eve Service Schedule is available as a .pdf from Translink. The free rides are a great incentive for revelers to stay off the roads, especially if they’ve been ringing in the new year with some celebratory drinks.

On January 1, 2015, Translink will operate on a Sunday/holiday schedule, and a one zone ticket is good for travel across all zones all day. West Coast Express trains and TrainBus service will not operate on New Year’s Day.

Free transit fares start at 5 p.m. on Wednesday, December 31 and go until 5 a.m. on Thursday, January 1. 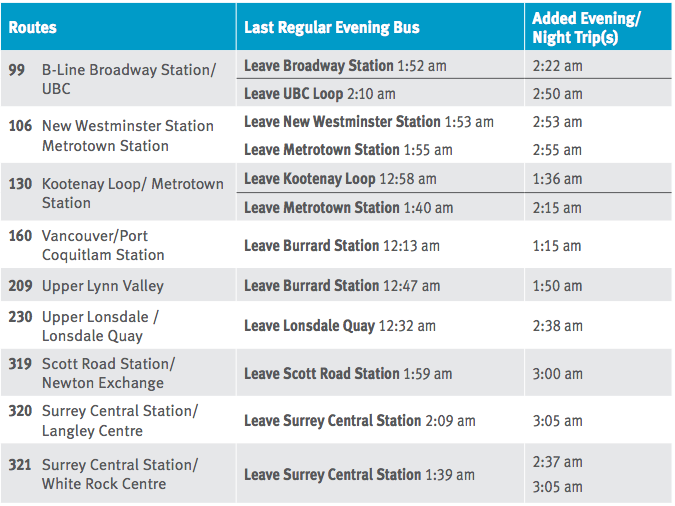