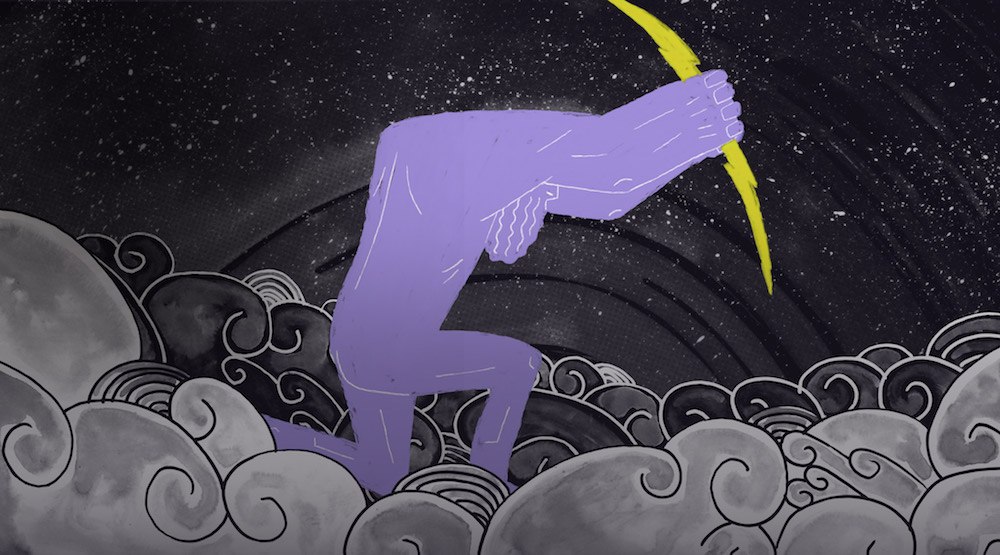 Canadian animation is showing up in a major way in film, TV and across other mediums lately.

To celebrate homegrown talent this International Animation Day, we’re exploring animation from coast to coast, starting in Victoria and ending in St. John’s.

Beautifully crafted, this hybrid of stop-motion and 2D animation happens on a Toronto subway car. Made as part of the NFB’s apprenticeship program, the short reveals some serious up-and-coming talent. Please stand clear of the doors!

All the things Canadians love: the redemptive power of food, wine, music and love are explored through a husband’s eyes. An impromptu dinner party spirals out of control as unexpected guests arrive for dinner. Charmingly simple line drawings accentuate all the small trials of everyday life, all set to classical music.

In this digital retelling of Hercules, Saskatoon’s Howie Shia (now residing in Toronto) proves there’s more to The Prairies than wheat fields and harsh winters. BAM tells the story of a young boxer struggling to negotiate between his shy, bookish nature and a divinely violent temper.

In this abstract minute-and-a-bit short, an apparition reveals itself on film and voices (actual found sound from a UFO sighting) question its meaning. Have the onlookers interpreted its signs correctly, or was the message misunderstood?

Oscar-winning director Chris Landreth is originally from Connecticut, but now calls Toronto his home. In his well-known 2013 short, Subconscious Password, Landreth explores the fallacies of human memory as an unconventional way of exploring the subconscious, game show style.

The Weatherman and the Shadowboxer (Toronto)

Toronto’s second entry well deserves a place on this list, having won a myriad of awards and acclaim at multiple film festivals. Filmmaker and visual artist Randall Lloyd Okita blends camerawork, animation and bizarre art direction into a story of two brothers.

The Day Is Listening (Montreal)

Following the words of acclaimed Quebecois poet Hélène Dorion, The Day Is Listening is about the love between a man, a woman and words on a page. Themes of longing, loss, and desire are explored in flowing, hand-drawn animation.

The beautiful hand-drawn charcoal drawings of Him are a fitting complement to its subject matter—the loneliness and bewilderment of war. This moving short from Halifax gives a brief glimpse of a child in a war zone, representing the powerlessness and futility of all victims of conflict.

The only Newfie representative on the list, Little Bang Bang is also only one and a half minutes long. But the most unique thing of all is the style of animation, which was printed manually on a vintage tabletop press using hand-carved linoleum blocks. This short is a whimsical exploration with found sound, about a new parent who learns about free expression and the power of letting go.

All films are part of the National Film Board’s Get Animated! event, which has released more than 25 recently animated short films, free of charge.