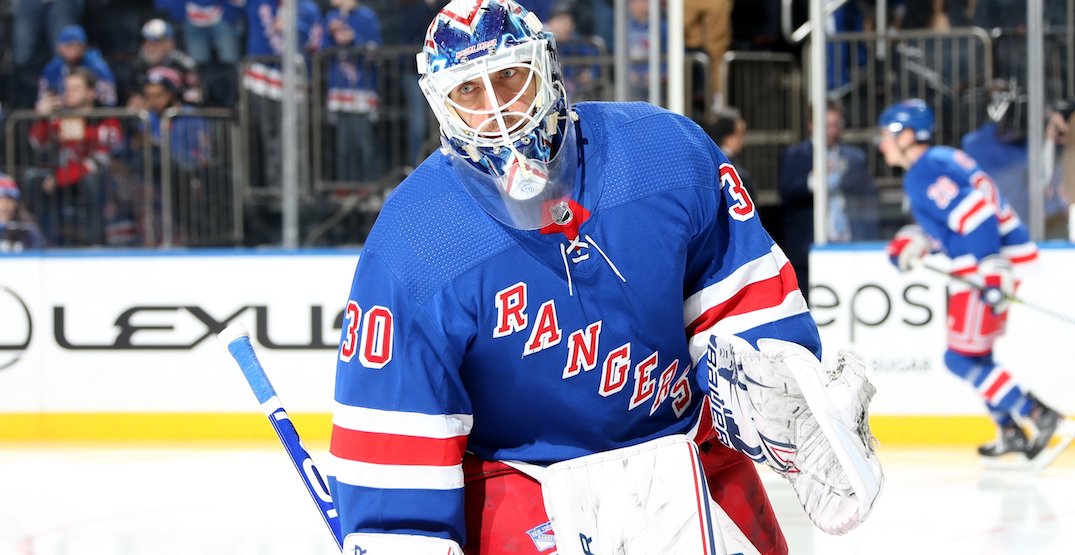 It’s crunch time for Jim Benning. With less than 24 hours remaining before the start of free agency, the Vancouver Canucks general manager hasn’t been able to re-sign any of his big-name free agents yet.

The biggest name is Jacob Markstrom, the Canucks’ MVP in back-to-back seasons, who can sign with any team in the league if he remains unsigned after 9 am PT on Friday. There’s no shortage of teams lining up for him either, including division rivals like the Calgary Flames and Edmonton Oilers.

The Canucks are short on cap space, but they’ve also got to be mindful of the Seattle expansion draft, which is looming after next season. Vancouver can only protect one goaltender, which makes offering a no-movement clause for Markstrom a risky proposition given that Thatcher Demko is still in the fold.

If re-signing Markstrom isn’t in the cards, then finding a short-term stopgap should be the main priority. Following a superhuman performance in three playoff starts against the Vegas Golden Knights, there’s reason to believe that Demko could be ready for the starting job. But given that Demko is just 24 and only has 41 games of NHL experience, that bet is probably too risky to make.

Here’s a look at nine free agent goalies that could form a tandem with Demko next season, if Markstrom leaves in free agency.

The biggest name on this list is Henrik Lundqvist, after he was bought out of his contract by the New York Rangers. He’s not the goalie he once was, but he’ll have a chip on his shoulder trying to prove he can still play.

While he may want to stay close to New York, where he’s well established, he’d be appealing for the Canucks on a short-term contract.

Fresh off leading the Dallas Stars to the Stanley Cup Final, Anton Khudobin has earned the chance to be a starting goalie. A career backup, Khudobin also posted an NHL-best save percentage. The question for Khudobin is money and term, because a desperate team is likely to offer both.

Corey Crawford reestablished himself as a No. 1 goalie last season following a shaky year in 2018-19. The key here would be getting Crawford on a one- or two-year deal to help the transition to Demko taking over the starter’s job.

Thomas Greiss doesn’t have the resume of players like Lundqvist or Crawford, but the German netminder has quietly put together a good career. Greiss is probably most well-suited to a tandem role, which would suit the Canucks just fine. Only question with him is his age.

The youngest goalie on this list, Cam Talbot was the backup in Calgary last season but took over as the starter in the playoffs. Like Greiss, he’s probably most well-suited for a tandem role.

He’s 39 years old, but there may be another year left in Craig Anderson. Anderson has been playing behind terrible Senators teams recently, so he’s probably better than his .902 save percentage would suggest. He can likely be had on a one-year deal, making him a potentially attractive option for the Canucks as a one-year stopgap.

Like Anderson, Smith is ancient but could be available on a one-year deal, like he did with the Edmonton Oilers last season.

His stat line reads like something out of a horror story, though it came on a brutal Red Wings team. If that was a one-year blip, Jimmy Howard could be had at a bargain price on a one-year term.

Remember him? Ryan Miller has been a reliable backup goalie with the Anaheim Ducks for the past three seasons. He’s 40 now and certainly not a starting goalie anymore, but maybe he’s the right guy to have as a true backup behind Demko.

Marc-Andre Fleury isn’t a free agent, but he’s available for a bargain after the Golden Knights re-signed Robin Lehner. Bringing both back to Vegas isn’t advisable, and they’d love to clear cap space.

He’s got two years left on his contract that carries a $7 million cap hit. If Vegas is prepared to retain salary, maybe that works for the Canucks. Only question is what colour his pads would be in Vancouver.