Last year was the Fraser Valley Food Truck Association’s (FVFTA) first crack at the food-fuelled event, and with 7,000 in attendance at the Chilliwack location, President Laine Ogilvie admits that they weren’t prepared and the whole thing was quite unorganized. They decided to shift gears and go at it again – adding more trucks, more staff and more experience.

“The communities are so excited for these events! We are very prepared [this year], as we know what happened in Chilliwack the first year,” he says. “Hopefully it will be a great success.”

Food trucks are trending right now and the FVFTA aims to keep the wheels spinning by offering more events and opportunities to showcase the quick, fun food.

“Food trucks are the new way to do food at events. They are totally self-contained and do not require any extra work and health permits from the organizers,” says Ogilvie.

This year the festival expanded to Mission and Abbotsford – the event’s first stop. It seems that last year’s kinks haven’t been entirely ironed out, as Abbotsford residents weighed in following the day-long event, offering feedback on the FVFTA’s Facebook page.

“The lineups were very long, but the worst part was they interfered with the flow. You couldn’t walk anywhere without cutting into a line because the venue was too small.” 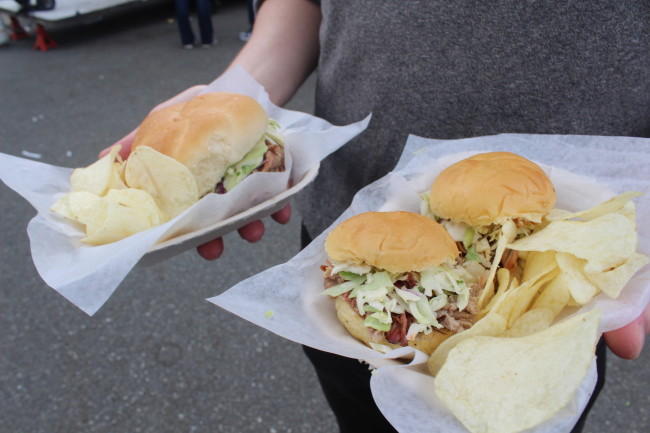 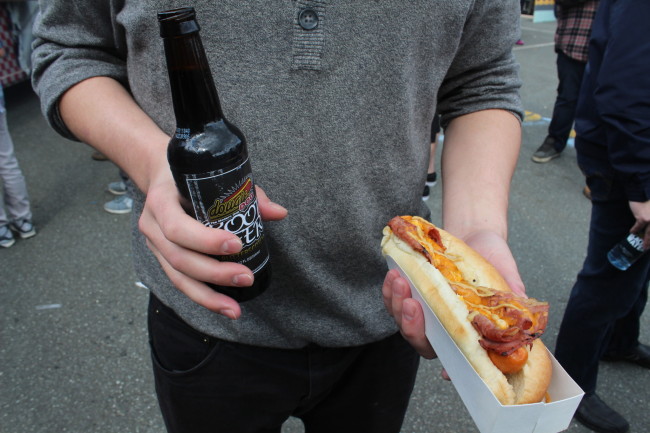 “Had a great time and some good food….was a busy place but so worth our time!” 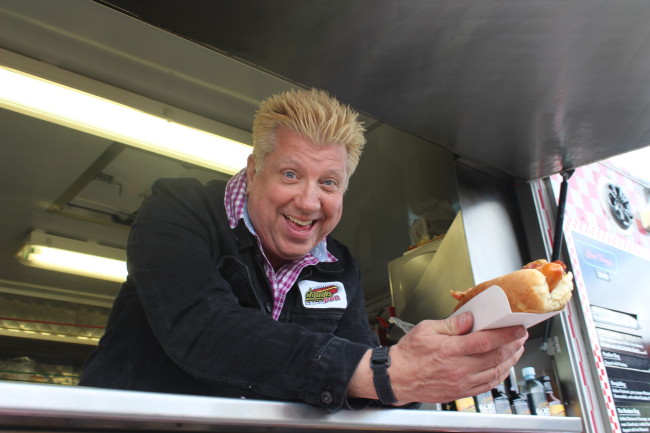 DougieDog at the Food Truck Fest in Abbotsford. (Photo by Nicolle Hodges)

“…Wanted to try Reel Mac&cheese but the lineup was at least 45mins so passed, same goes for the poutine line. Both looked amazing though!”

Ogilvie says that they’ve made it a requirement this year for all the trucks to offer one sample or half size order for less than $6.00.

“This means attendees will be able to try food from multiple different vendors,” he says. “We have an awesome live band (Voodoo Chill), with lots of family fun entertainment, like balloon twisters and face painters.”

“Why did I have to pay $2 admission to just have to pay regular price for food trucks?!…Disappointed to say the least & will not return or recommend to anyone else.”

The reviews coming out of Abbotsford are mixed, proving that it’s too soon to tell if the festival will run out of gas or become tradition among Fraser Valley residents. 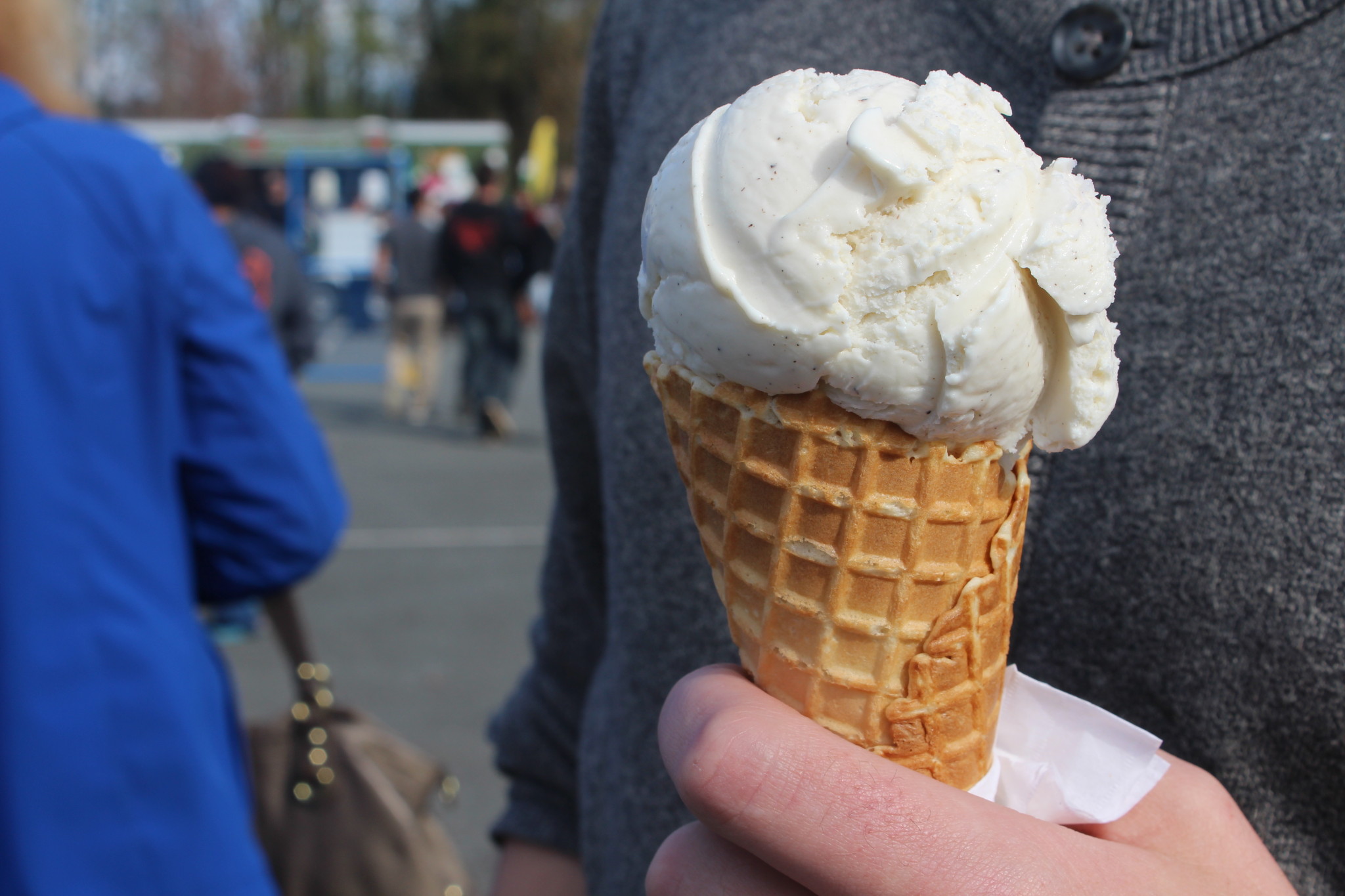 Vanilla. The only flavour left at Rocky Point’s truck. (Photo by Nicolle Hodges)

If you missed the festival’s stop in Abbotsford, make sure to catch one of the other three locations in the Fraser Valley: