A permit was granted after a comprehensive two-year review process which found that the project does not pose a risk to the environment or human health.

Municipalities, First Nations and the public were also consulted on the project, which was met with significant opposition. In June, Metro Vancouver’s Mayors and Councillors voted 21-4 against the project, although the board of directors did not have any authority to stop the project.

“The decision to permit the proposed coal transfer facility at Fraser Surrey Docks was not one we took lightly,” said Peter Xotta, Vice President, Planning and Operations at Port Metro Vancouver in a statement. “Through our comprehensive project review process, stakeholder consultation, as well as third-party validated environmental and health studies, it was determined there are no unacceptable risks and the project could be permitted.”

The new coal terminal will transfer U.S. coal arriving by rail onto 8,000 dead weight tonne barges. When loaded, tug boats will tow the barges down the Fraser River, into the Strait of Georgia and to Texada Island. From there, the coal will be stored before transfer to a deep-sea vessel for export to overseas markets that are seeing enormous demand for the natural resource.

It will provide 25 direct and 25 in-direct full-time jobs and handle four million metric tonnes of coal per year. However, the project will only result in one additional train per day along the railroad to the new Fraser Surrey Docks’ coal terminal. It will also only represent about 10 per cent of total coal shipments in Port Metro Vancouver.

Coal is the most heavily traded commodity in the port and there have been no major coal safety incidents for over 40 years. 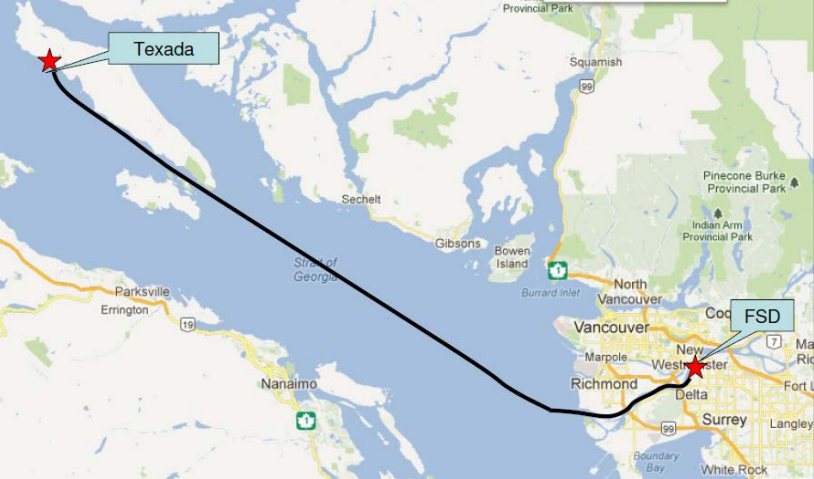