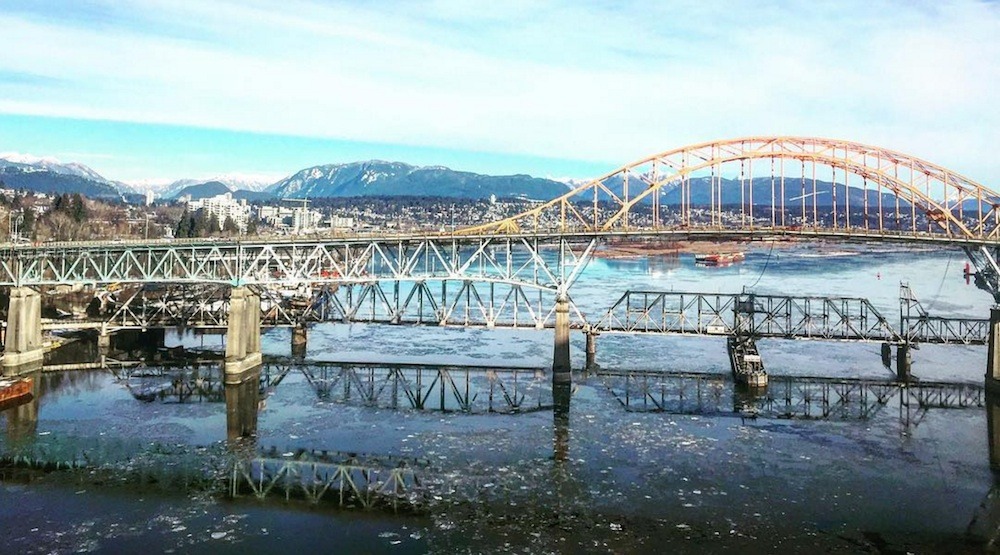 It has been so cold in British Columbia that ice sheets and even small icebergs have been seen floating in the water on the Fraser River in Metro Vancouver.

This hasn’t been experienced for a few years due to warm temperatures over the last few winters, but the natural phenomenon has returned this season due to sub-zero temperatures along the river in the BC interior reaching as low as -30°C over the past few weeks.

Cold temperatures below the freezing point in Metro Vancouver have also led to the formation of local ice on the waters, adding to the large ice chunks coming down from further up the river.

Nick Burke, a local recreational fisherman, told Daily Hive that some of the ice chunks were the size of golf carts.

“I was in the Derby Reach Regional Park Heritage Area [in Langley] on Saturday and there was quite a bit of ice flow going down the river,” said Burke. “There were some chunks [that] were bobbing up and down maybe one or two feet above the water level… so there might have been four or five feet of ice under the water that isn’t exposed. That’s how icebergs work, they’re huge underwater.”

“I’ve lived in the area for close to 30 years, and there were times in the Mission area in the early 2000s that a foot of ice would build up around the boats and docks.”

More than a century ago, there were instances when the Fraser River would freeze over, enough for people and horses to walk across the river.

Lots of ice flowing on the #fraserriver these days. Not a common occurrence here. Was hoping to catch the sunset, but didn’t happen. #goprohero5 #timelapse #beautifulbc

Trying to find water, but not going near the open water. We eventually found water after drilling through a meter of ice. A good first day after the holidays. #fraserriver #watersurveycanada #icejam #explorebc

I love the sound of the moving, shifting pieces of ice along the #fraserriver #sharechilliwack #pnw #fraservalley