With just a day to go until the start of the FIFA Women’s World Cup in Canada, construction crews have completed building a temporary broadcasting studio for Fox Sports at Jack Poole Plaza.

The two-level studio spanning 7,500 square feet on the north end of the plaza will be the American television rights holder’s headquarters for its month-long coverage of the tournament across Canada.

It includes a control room, interview lounge, main stage, day lounge with a water backdrop, evening lounge with a cityscape and Olympic Cauldron backdrop, and a soccer demonstration field in front of the studio.

There are 15 cameras across various sets, including a crane-cam that extends and retracts up to 50 feet. A custom LED information ticker along the top of the structure provides real-time information of the tournament and a large LED screen facing the plaza will show live footage of matches.

A large vacant retail space along the seawall, immediately below the studio structure, has also been converted into working space for Fox Sports staff and crew members.

The location was strategically chosen to provide the network’s coverage with a stunning mountain and harbour backdrop, but it was not without its challenges given the weight load of the plaza and its finishing with paving stones on top of sand.

As a result, crews could not anchor the structure using traditional construction methods nor use any cranes to lift its components.

“Several unique challenges make this project next to impossible to complete in just under two and a half weeks, yet we were 100 per cent up to the task,” said David Clark, president of B.C. Event Management, in a statement.

The structure’s entire weight load is positioned precisely above two eight-foot beams that support the northern end of the plaza. To meet the critical alignment with the beams, crews x-rayed the plaza to mark the exact area of the structure’s footprint.

Eight international companies submitted bids to build and design the temporary structure, and B.C. Event Management – the only Canadian bidder – was selected as the winning proponent.

The studio structure will remain at the plaza until the end of the tournament on July 5.

Vancouver is the headquarter city for both tournament organizers and media covering event. The International Broadcasting Centre is located on the grounds of Concord Pacific Place at northeast False Creek, where an 81,000-square-foot trailer park has been assembled to accommodate a number of rights-holding broadcast networks and nearly 500 staff.

The tournament begins in Edmonton on Saturday and will end with the championship final on July 5 at Vancouver’s B.C. Place Stadium. All 52 matches will be broadcasted live in Canada on CTV and TSN.

More than half a billion people around the world are expected to watch the tournament’s broadcasts. 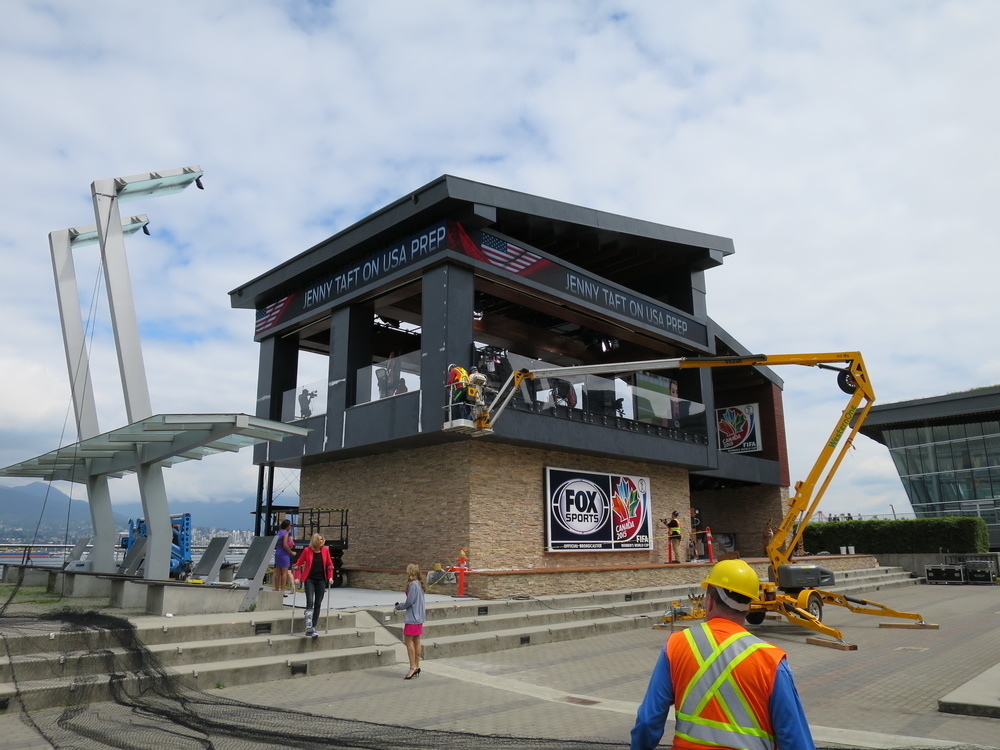 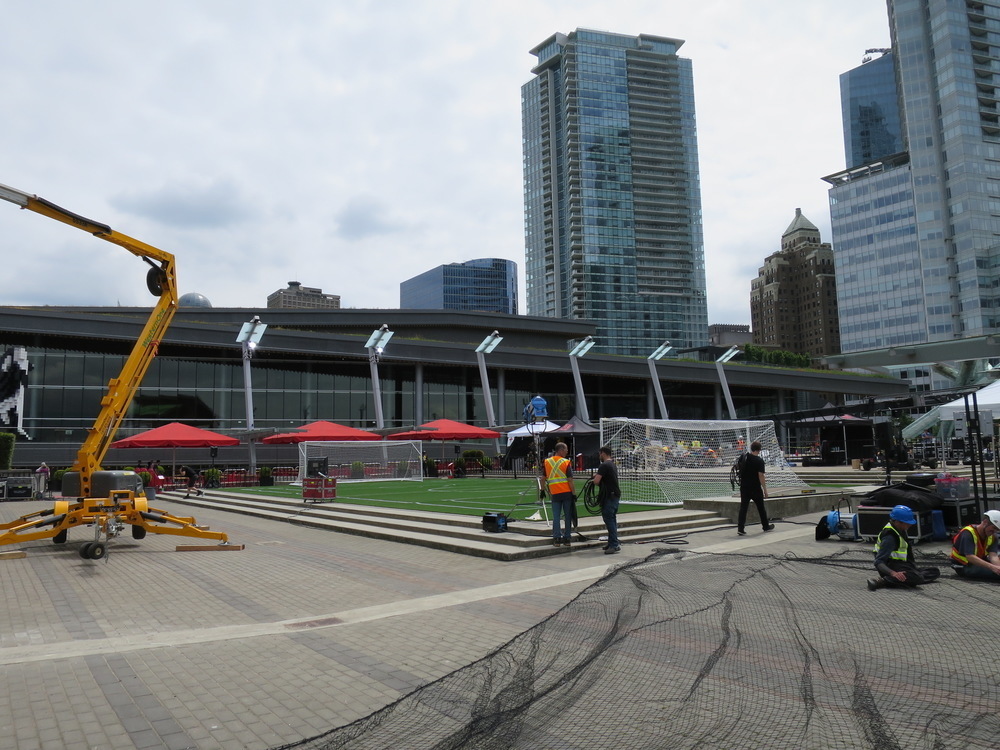 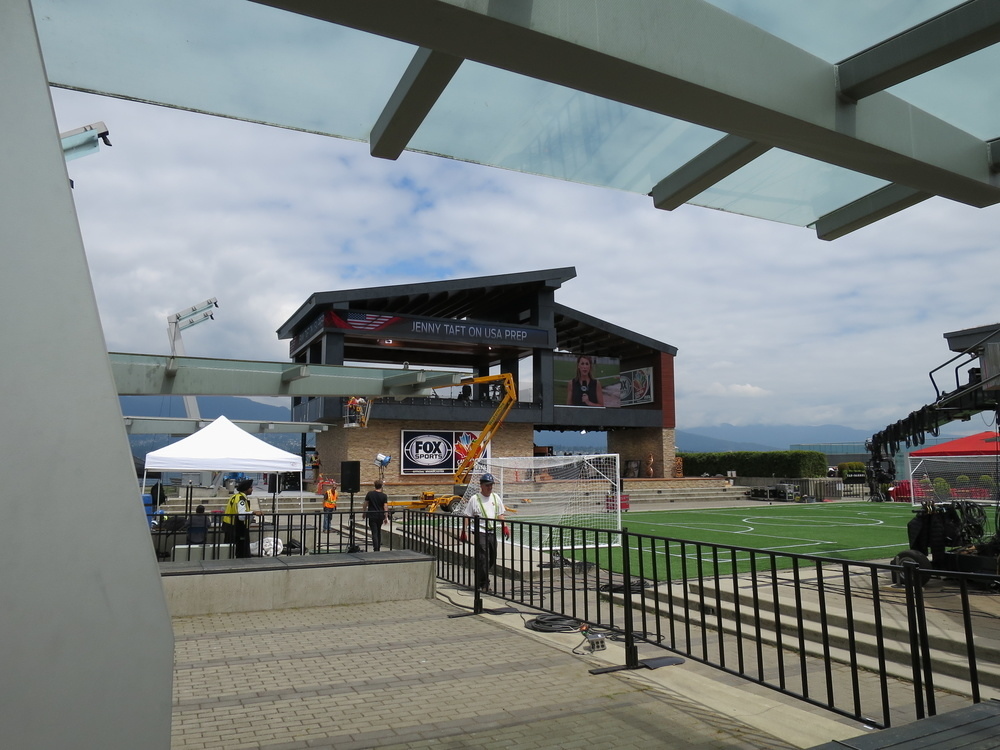 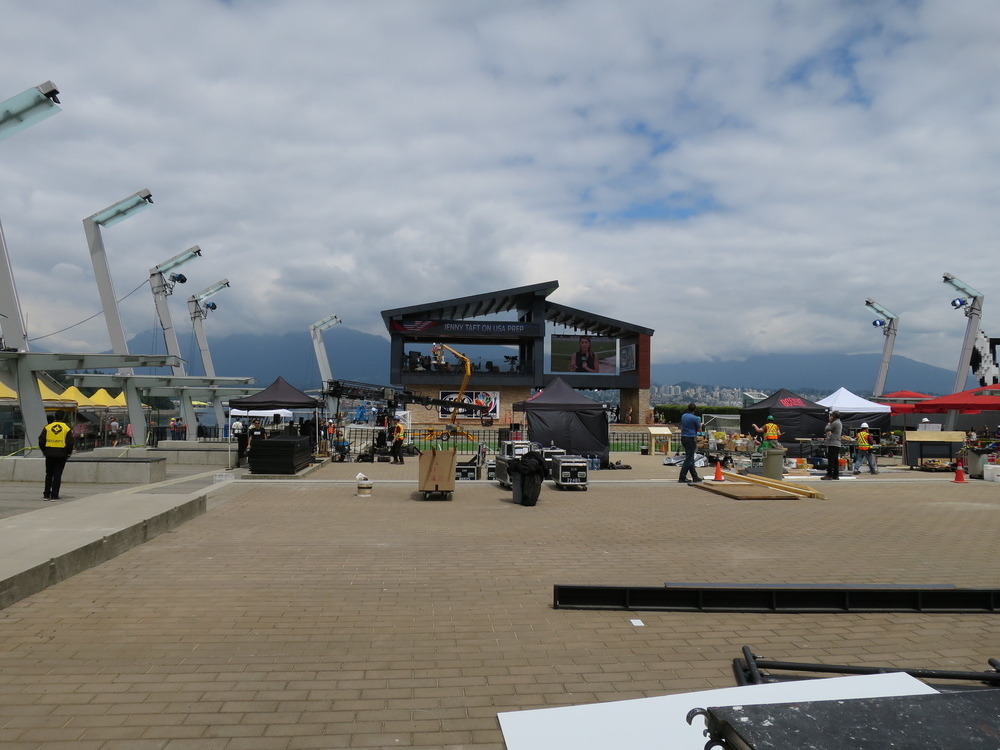