Apple and Samsung have long been fierce competitors in the tech world, often attacking each through patent disputes. But that’s not stopping a former Apple Store employee from using the rivals’ enmity to do some good.

Sam Sung used to be an Apple Specialist at Pacific Centre, which garnered attention from various media outlets in 2012 as the irony of the situation went viral.

Sung has since left Apple to join Holloway Schulz, a corporate recruiting firm, and has decided to auction off a framed and autographed presentation of his Apple Store shirt, lanyard, and business card on eBay – with all the money going to Children’s Wish. The idea apparently came to him when an old business card fell out of one of his books.

“I had a great time working for Apple and would recommend it to anyone,” says Sung.

“I hope my old business card will go to another fellow Apple enthusiast with a sense of humour and the desire to help raise some money for a good cause. Although the auction is for my business card alone, I have framed it alongside my old uniform [as seen in the picture] and I will arrange to courier it [frame, t-shirt and lanyard INCLUDED] to you. Good luck.”

So far, 66 bids have been placed, with the current bid sitting at $1,379.78 CAD at the time of publication. With more than nine days left until the auction finishes, there’s still plenty of time left to get your bids in and help a worthy cause. 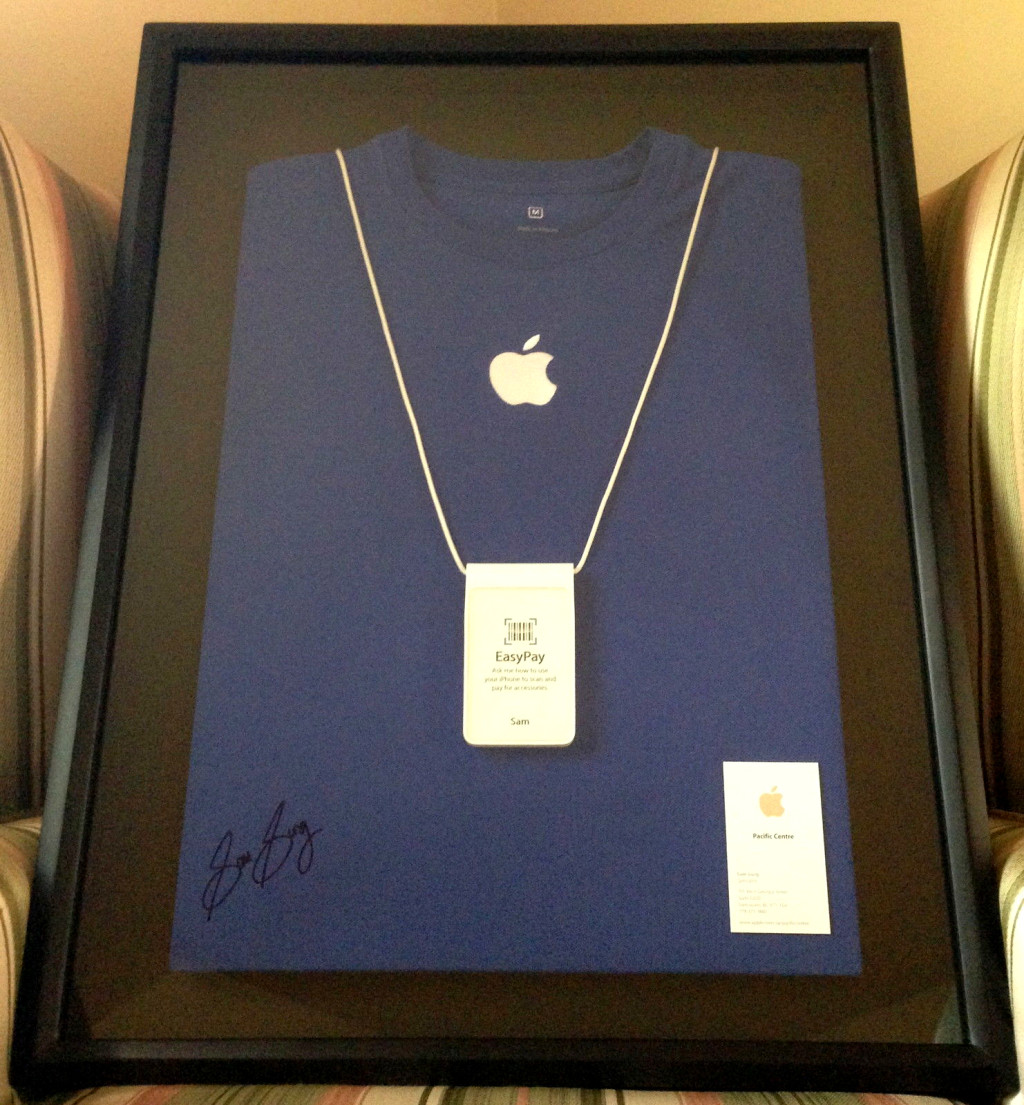 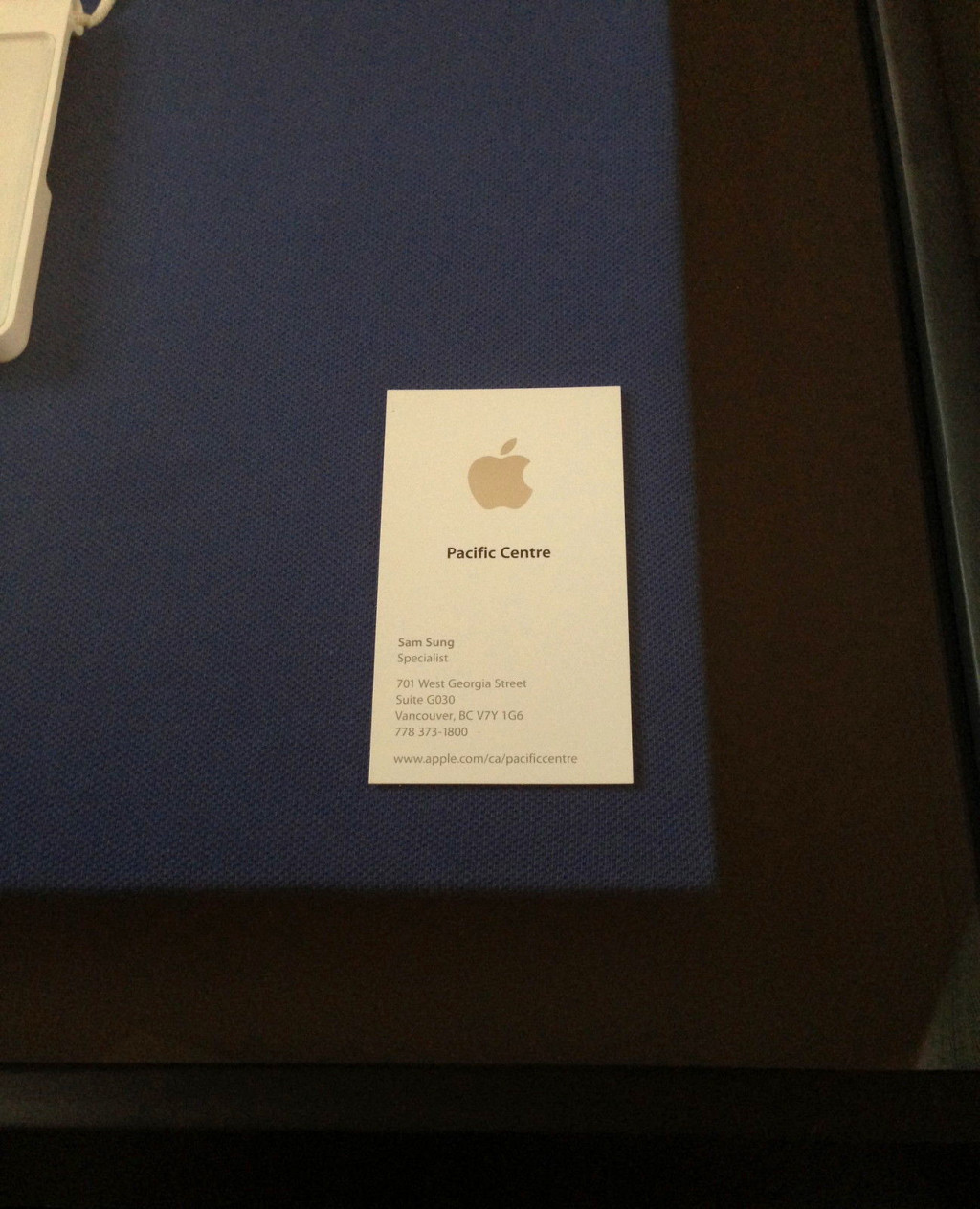 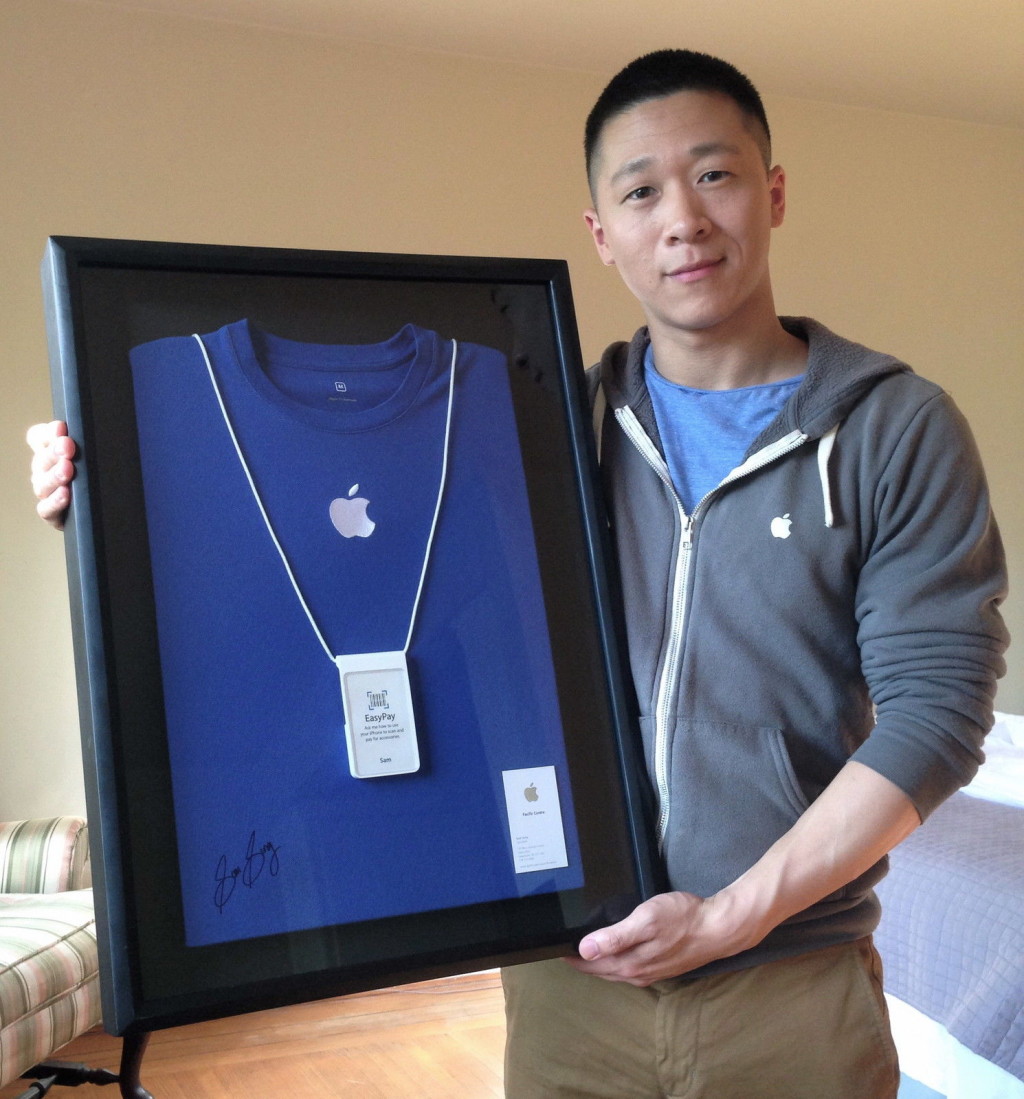