With gas hitting upwards of $1.50 per litre in Vancouver, drivers are being bent over the proverbial barrel. So what’s an upwardly mobile downtown condo dweller to do? Car-Co-ops can offer some respite from being pumpjacked, but really, who wants to share a set of wheels with some random granola greenwasher with a body odour problem? Naturally, the only solution is to go looking for an even more fuel efficient car. Better yet, it might make sense to start thinking about a car that doesn’t consume gasoline in the first place.

A few weeks back, I was invited to check out some upcoming cars from the good people at Ford Canada and got a chance to drive the new Ford Focus Electric. Now before you get your knickers in a twist over a lack of chargepoints, range, and the high cost of entry, just settle down and give your pretty little head a shake. Unless you live in Abbotsford or the ‘Wack, there’s no goddamn way you drive more than 100 kilometres per day. To work and back, and maybe the occasional detour for organic water at the local Whole Foods is as far as you ever go, and with Greenest Gregor’s Action Plan in full swing, there’s plenty of places to plug in popping up in all sorts of places. 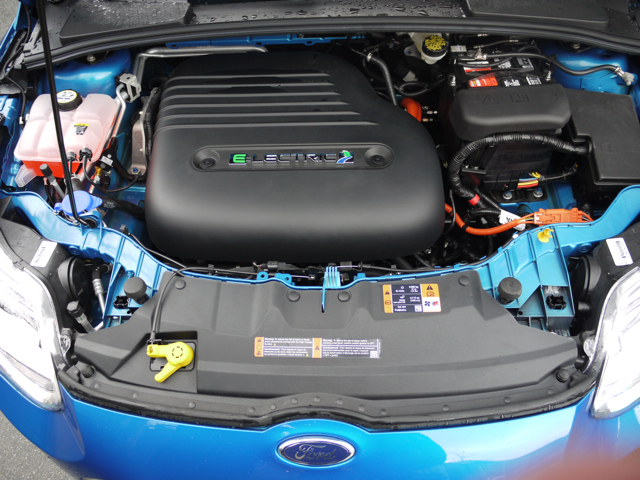 At about 41 grand, the Focus Electric isn’t cheap. Especially for a compact car. A relatively well appointed one, with plenty of blinky lights and gizmos, but still just a compact car. Luckily, there’s a modest discount of 5 grand through the Clean Energy Vehicle for BC rebate program. Rebate? You haven’t heard anything about a rebate! Well that’s because the New Car Dealer Association of BC and the Provincial Government are doing their usual piss poor job of promoting the program. But hey, there’s not much you can do about that one.

Anyways, The Focus EV is just like any other compact car, except that you’ll NEVER PAY FOR GAS AGAIN. When I took the not quite yet available Focus on a criminally short and more than a little boring test drive around the block (literally) in West Van, it was impossible to really stretch the car’s legs. But, the handling is decent, with predicable understeer, acceleration is ok with a zero to 60 of somewhere around 6 to 7 seconds and like I said before, it’s a lot like driving a regular compact, but without the tinny sound of a small engine buzzing away in your ears. Not entirely exciting, but not entirely unpleasant. Did I mention you’ll NEVER PAY FOR GAS AGAIN? If anything, that very fact should enable you to out-smug than that Prius driving dillhole in the stall next to you at home or work. At the very least, you’ll be able to impress your environmentally conscious friends. Still not enough to convince you to go electric? That’s fine. Enjoy paying $75.00 next time you fill that 99 Cavalier. The Focus Electric costs between $1.00 and $3.00 to fully charge, and if you’re savvy like me, you’ll just use one of the free chargepoints on Granville Island. 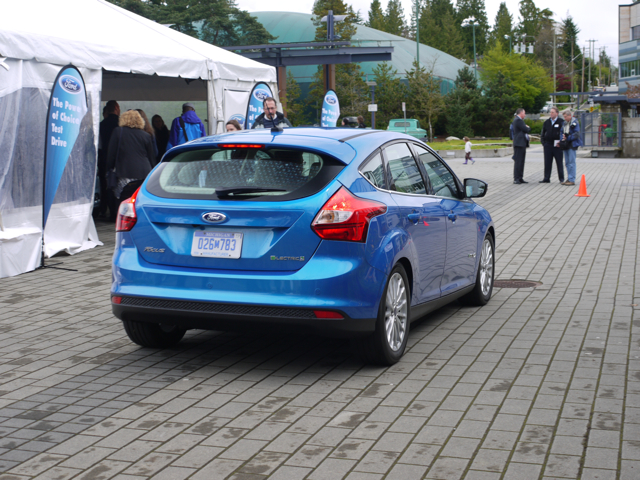