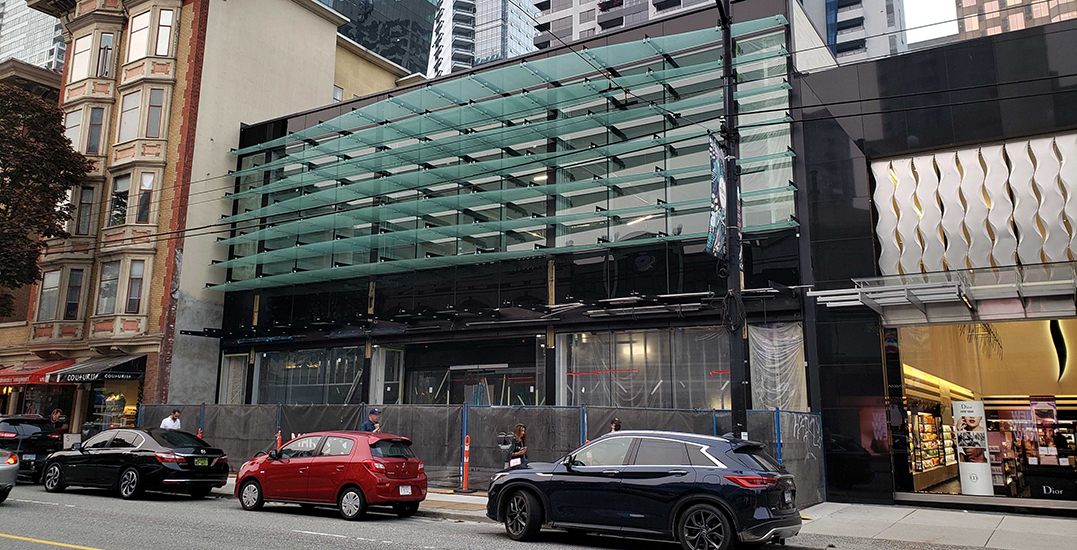 Construction progress of 1067 Robson Street, the location of a new Foot Locker, as of September 17, 2020. (Kenneth Chan/Daily Hive)

Foot Locker has announced a new location on Robson Street that will open in the near future.

The American-based sportswear and footwear retailer made the announcement earlier this week, confirming on social media that it would be occupying 1067 Robson Street.

This news comes shortly after a smaller location nearby at 1124 Robson Street, just one block east, closed its doors.

The space that Foot Locker will be occupying is a two-storey retail building that is nearing completion.

A development application for 1067 Robson Street was submitted to the City of Vancouver by Francl Architecture in Fall 2018. The retailer will be located between Sephora to the east and the heritage Manhattan building to the west. 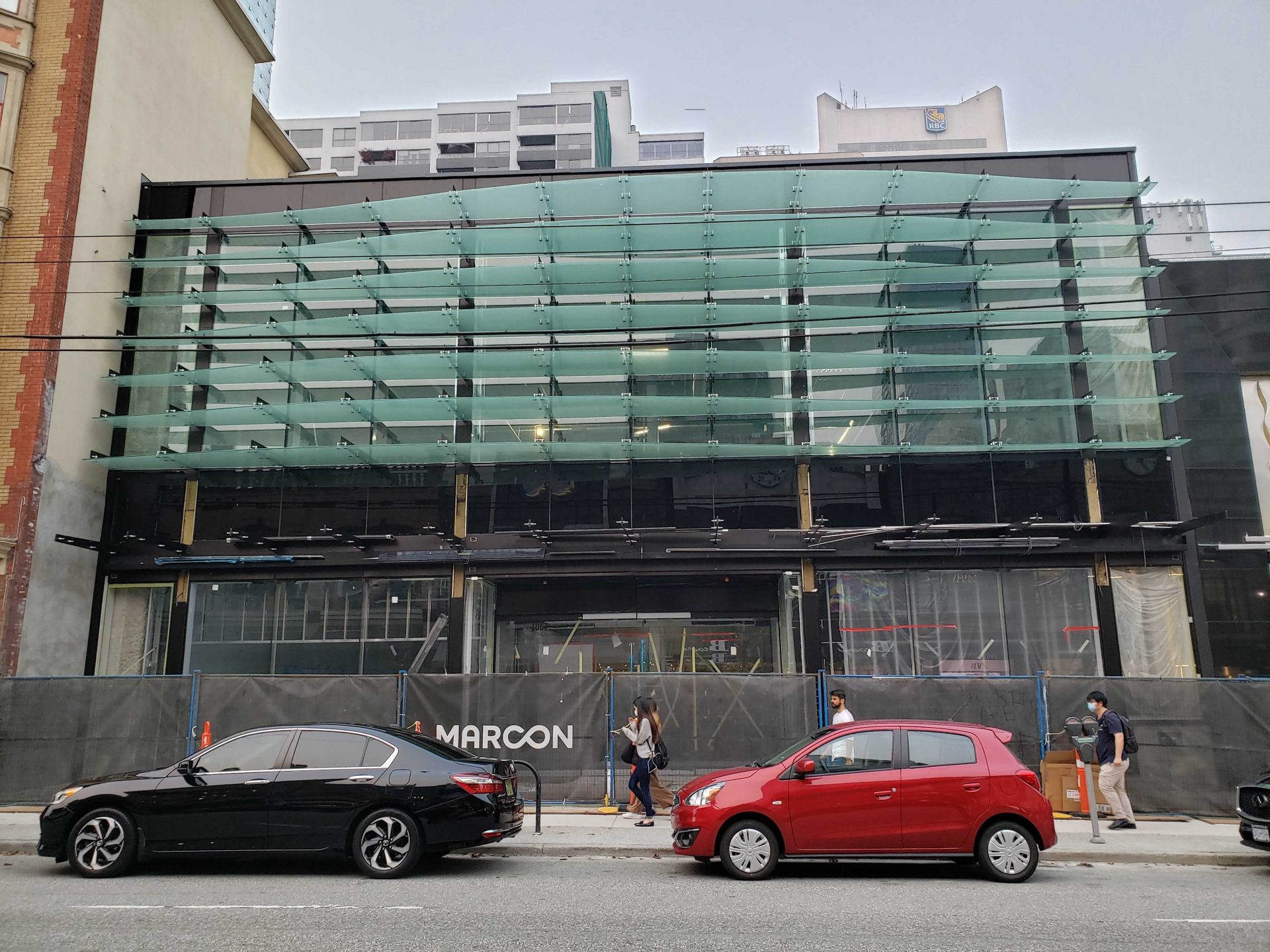 Construction progress of 1067 Robson Street, the location of a new Foot Locker, as of September 17, 2020. (Kenneth Chan/Daily Hive)

The architectural character of the building reflects a “clean, contemporary design vocabulary, utilizing a restrained palette of materials and minimal decorative effort,” according to the architect’s design rationale.

Foot Locker has yet to confirm the nature or share details of its new location, although the retailer previously said that a “Power Store” had been planned for Vancouver.

Power Stores are described by the brand as an “elevated retail experience” that offers full-family shopping and offerings from their top brands, such as Nike, Jordan, Converse, Adidas, and Puma.

Many of the Power Stores, such as those located in Compton, California, and Washington Heights, New York, also include an activation space that hosts ongoing community events for sneaker fans. 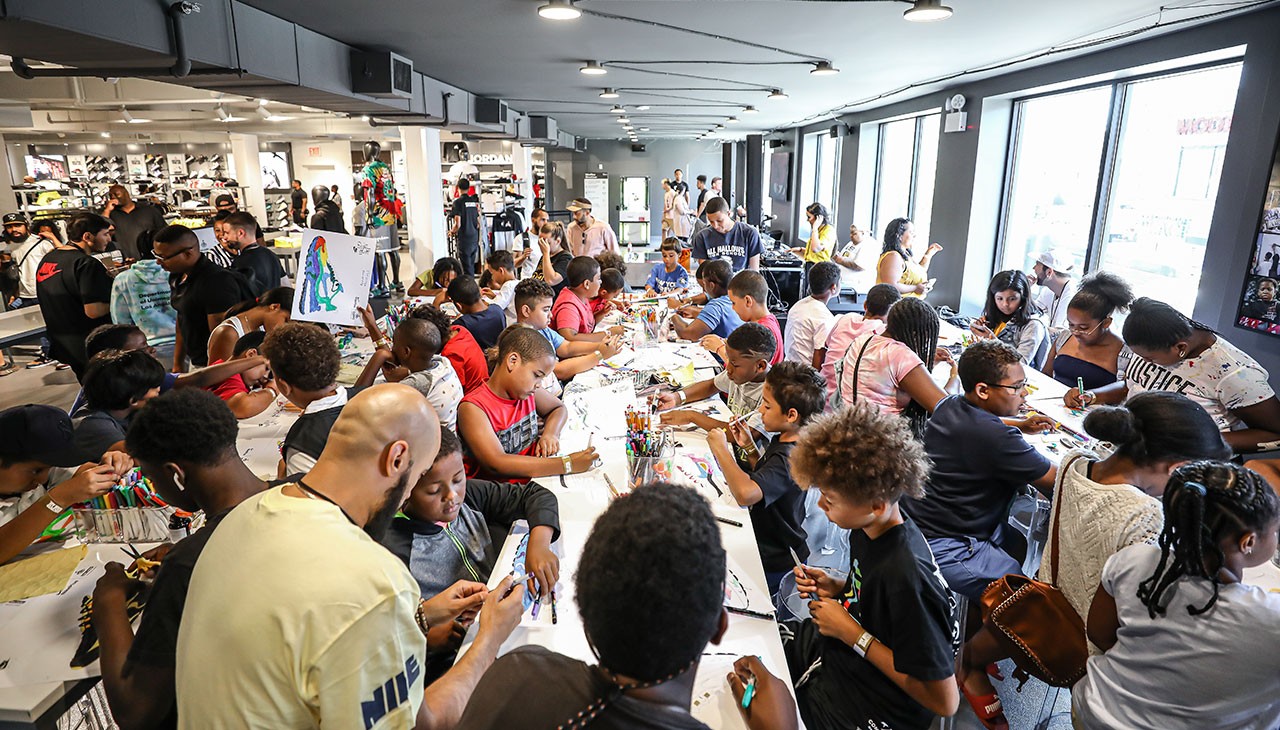 A community activation that was previously held at a Foot Locker Power Store in Washington Heights, New York. (Foot Locker)

“Upcoming stores are planned for communities in Chicago and Vancouver, BC,” reads a news release from the company.

An opening date for the new Robson location has yet to be revealed.

Daily Hive has reached out to Foot Locker for further comment and is awaiting response.