We’ve all heard about 3D printers, but what about a 3D food printer? Yup, it’s happening.

Foodini is the first of its kind, part of a Kickstarter campaign that promises to print various kinds of fresh and nutritious foods to cater to your taste buds.

The Barcelona-based company has been working on the concept of a 3D food printer since 2012, and this culinary machine could revolutionize the way our kitchens operate. If the prototype makes it into the production phase, individuals can anticipate a $1000 price tag to own one of these 3D printers.

So how does the Foodini work exactly?

Prepping the ingredients first is important, because the intent of the machine is to encourage people to use fresh vegetables – not ingredients that come from a cardboard box or metal can.

Once the ingredients are prepped, they can be placed in the machine’s canisters where the vegetables or other foods are now ready to be printed into its final product. 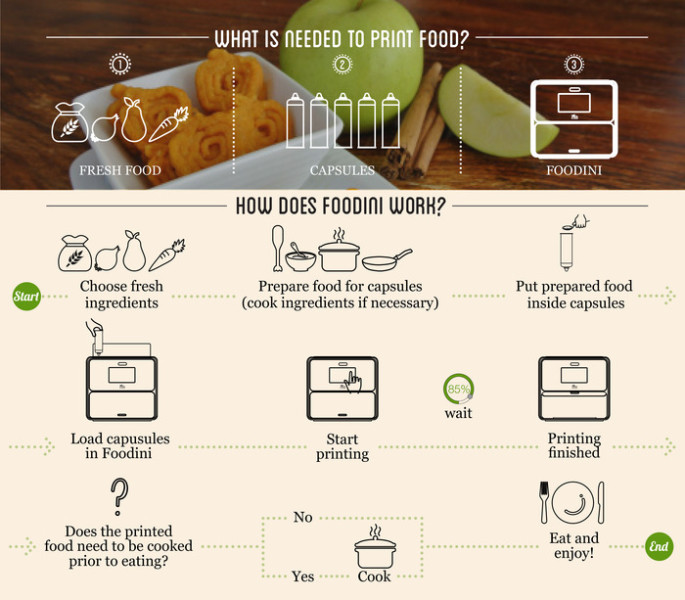 Keep in mind that the Foodini doesn’t actually cook food, that still needs to be done before or after placing ingredients in the canisters of the machine.

For example, if a user is preparing homemade ravioli, the machine will require users to place dough in the canisters and fresh vegetables on the microwave plate, where the Foodini will then squeeze out individually pressed ravioli. 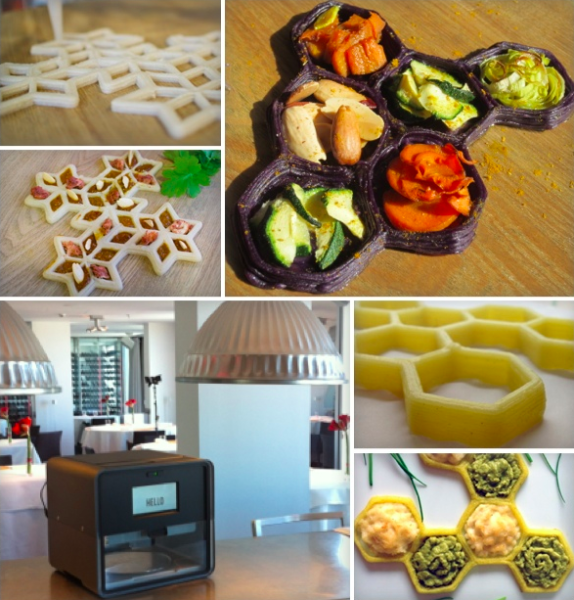 The machine is designed with the idea of cutting down the preparation time for making healthy dishes and complex shaped food.

The Foodini has a touch screen display on the front that connects users to an online community, provides recipes, and allows users to upload and share their own recipes and creations. For many, this may be tedious to do on a small screen, but that’s why the creators have made it possible to access these communities via your smartphone or tablet.

Foodini’s Kickstarter crowd funding campaign is well on its way to meeting its target. With 23 days to go, it has already raised almost $50,000 of its $100,000 goal.